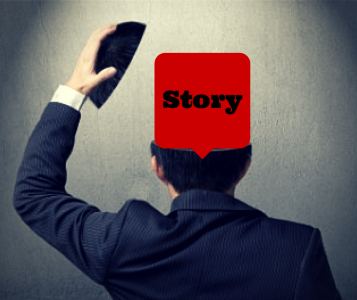 Now more than ever, great leaders are great storytellers. Storytelling helps executives weave rich narratives that inspire their organizations, set a vision, teach important lessons, and define the organization’s culture and values. Perhaps most importantly, stories explain who you are, how you got here, and what you believe most deeply about your work and about each other.

According to branding expert Dan Schwabel, storytelling is useful when leading change or making recommendations. It’s also good for approaching delicate issues like diversity and inclusion, or giving people feedback in a way that will be better received.

One leader who told a compelling story was Hubertus von Grünberg, a former CEO at Continental AG. In the mid-1990s, Continental, the world’s fourth largest tire company, was a powerhouse in its native Germany, but held a relatively small share in the global market. Continental’s executives understood that for Continental to survive, it would have to build new core capabilities and grow its international business.

Von Grünberg knew he had to persuade his team to accept this fact. So he told them a story about Continental’s shrinking place in an increasingly competitive industry. He then talked about the company’s prideful heritage, which had previously prevented him from identifying outside partners that could strengthen the company’s competitiveness. He said that he had to think more broadly about partnership prospects and he challenged the group to do the same. In essence, he told all in attendance that adhering to the same behaviors and mindset that once made Continental great might be the biggest obstacle to the company’s transformation. (The above story was retold by Douglas A. Ready.)

While it sounds wonderful, storytelling can be hard work. You don’t want to tell just any story, but rather one that really captures your call to action. These steps, adapted from an article by Robert Thompson, can help you develop effective stories for your workplace.

Keep in mind that people will tell stories about you and your company whether you ask them to or not. If you tell them first, they will hear your version and perhaps even borrow from it for their own narrative.