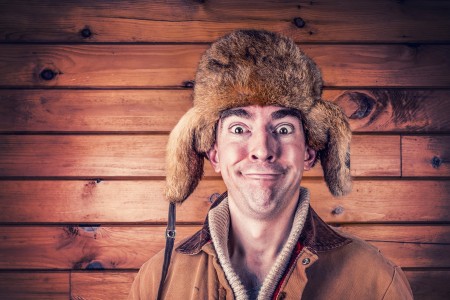 Because you never get a second chance to make a first impression. – Head and Shoulders dandruff shampoo commercial c. 1990.

One rainy day during the Revolutionary War, George Washington rode up to a group of soldiers attempting to raise a wooden beam to a high position. The corporal in charge was shouting encouragement, but the soldiers couldn’t position it correctly.

General Washington asked the corporal why he didn’t join in and help, to which the corporal replied, “Didn’t you realize that I am the corporal?” Very politely, Washington replied, “I beg your pardon, Mr. Corporal; I did”. Washington dismounted his horse and went to work with the soldiers to get the oak beam in position. As they finished, Washington said “If you should need help again, call on Washington, your commander-in-chief, and I will come.”[1]

Imagine the first impression that Washington made on those men. Any doubt whether these soldiers gave their all on the battlefield for their commander-in-chief?

We all recognize the importance of first impressions. It is during the first few moments of interaction that we begin to size up others in our attempt to determine who that person is, the qualities that they possess, and how they operate. While this is the case for all people that we meet, it is particularly true for new leaders. Employees are often extremely anxious to become acquainted with the new boss and determine how they will get along. Even bosses who have been promoted from within are being watched carefully for signs of leadership style and intentions.

While you can’t stop people from making snap decisions about you, you can make those decisions work in your favor. One thing to keep in mind is that first impressions are more heavily influenced by nonverbal cues than by verbal ones. In fact, studies have found that nonverbal signals have over four times the impact on the imprint that you make on others than anything you might say.

Research also teaches us that such impressions are made in just a handful of seconds, so the first interaction is really important.

Here are some ideas to help make a positive first impression:

(Of course, these strategies should be front and center any time that you seek to impress. Carnegie wrote of a certain Robert Cryer, who was the manager of a computer department for a mid-sized company. Cryer was desperately trying to recruit a Ph.D. in computer science. The one that he hired had also been pursued by some larger, better known companies.

Sometime after the young man accepted Cryer’s offer, he told his new boss that the energy and positivity that he used to recruit him had been the main difference maker in his decision. “Your voice sounded as if you were glad to hear from me… that you really wanted me to be part of your organization.”)

By working to kick things off positively, new leaders greatly increase their likelihood of gaining their colleagues’ trust and support from the outset. This will hold them in good stead as they become better acquainted and encounter some inevitable turbulence in their relationship.