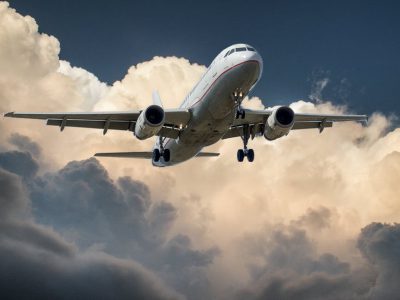 Ordinarily, summer is the time to plan an annual escape from work, school or routine. Travel has become such a popular and integral part of our lifestyle that the tourism industry is bracing for a record-breaking summer. Airlines for America projects 234 million passengers to travel worldwide on US airlines between June and the end of August. In addition, that number excludes the millions flying on all the other world’s airlines!

Where to go? US News & World Report ranked the top twenty vacation destinations with New York City, Paris, Amsterdam, Florence, and Barcelona topping the list, including some exotic locations as Singapore, Bali and Kauai.

Why go on vacation? A 2015 Harvard Business Review article concluded, “Studies on creativity found that spending time outdoors and traveling to a foreign country — two activities people commonly engage in when they go on vacation — are among the most effective ways of finding fresh perspectives and creative solutions. Simply put, you’re far more likely to have a breakthrough idea while lounging on a beach in St. Martin than you are while typing away in your office cubicle.”

Moreover, there’s a serious downside if you don’t take a vacation. HBR explains:

“Over the past decade, a staggering number of studies have demonstrated that our work performance plummets when we work prolonged periods without a break. We know that overworked employees are prone to mood swings, impulsive decision-making, and poor concentration. They’re more likely to lash out at perceived slights and struggle to empathize with colleagues. Worse still, they are prone to negativity — and that negativity is contagious.”

OK. Sold! Pack your bags… But, for how long should you take your vacation? In a startling study reported in the Wall Street Journal, “Psychologists and researchers have been studying how to create an ideal vacation that boosts our well-being, relieves stress that can impact our health, and helps us recharge for returning to work.” How long is that utopian escape? Eight days!

If a newcomer to shul on Parshas Masei reads the journeys for the first time, he or she might reason that the Jewish nation was simply afforded a packed, albeit long and educational, guided tour on their way to Eretz Yisroel. If an eight-day vacation yields such therapeutic results, then why did God command Bnei Yisroel to travel in the desert and encamp in forty-two destinations over forty years?

One thing is clear, we’re not talking about any type of a vacation here. The forty years of wandering in the desert was decreed by G-d as a punishment because the Jewish people did not trust in G-d’s promise to bring them safely into the Land of Israel. They cried upon the Spies negative report of the Land and received a sentence of a year of wandering for each of the forty days of the Spies’ journey.

Nevertheless, why does Parshas Masei need to detail the journeys of Bnei Yisroel from the land of Egypt until entering the Land of Israel? Why should a historical record of the travels and encampments earn an eternal legacy? We will share several answers:

Rabbi Yehuda Nachshoni highlights the explanations of several Rishonim and Achronim including the Rambam, Rabeinu Bachya, Baal Akeida, and Sefas Emes. The Rambam (Moreh Nevuchim, Part Three) teaches that the Torah wants to underscore the importance of recording the journeys by stating, “Moshe wrote their goings out to their journeys by G-d’s command” (Bamidbar 33:2). The essential purpose was to validate the miracles performed for our ancestors. Throughout the forty years G-d sustained Bnei Yisroel with Manna. The desert is described by the Torah as containing “fiery serpents, scorpions and drought” (Devarim 8:15). The wilderness was inhabitable, yet G-d miraculously sustained and protected them, and this was witnessed by the Jewish people.

G-d knew that in the future some might doubt the credibility of these miracles. They would argue that Bnei Yisroel sojourned close to civilization in farmable regions and survived on local vegetation. Therefore, the Torah clearly lists the journeys to dispel such doubts and to learn and affirm the greatness and accuracy of the miracles. Rabeinu Bachya comments that the miracles had a dual impact: First, the miracles became known throughout the region. The surrounding nations initially heard of the devastation of Egypt and subsequently of Israel’s survival in the desert. Second, the miracles became ingrained into the hearts and consciousness of the Jewish people as the events were retold to each subsequent generation.

Moreover, the Ba’al Aḳeidah explains that recognizing the miracles reminds us of the great kindness G-d performed for us throughout their travels. Even when the Jewish people were in seemingly dire straits, G-d saved them as in Marah when they had no water and G-d provided sweet water, and at Rephidim when they defeated Amalek.

The Sefas Emes views the journeys as an ascent from the forty-nine levels of impurity in Egypt. The forty-two encampments, plus the seven stops they backtracked reflects the national growth of forty-nine levels.

Finally, in addition to the national impacts related above, several commentators discuss how the journeys teach critical lessons for the individual. The Nesivos Shalom dismisses the possibility that the Torah is simply summarizing a historical record of travels. Rather, the Torah is introducing us to lofty ideas that are applicable to both the generation of the desert and all future generations. The essential principal is that each individual traverses forty-two journeys from birth to death. The Jewish nation travelled forty-two “journeys” from Yitzias Mitzrayim (symbolically compared to birth in a womb in a land of tumah) to entry into the Land of Israel, considered the source of Kedushah. Similarly, in addition to one’s ongoing quest to fulfill the 613 mitzvos, each person’s life is characterized by forty-two “journeys” to elevate a person from birth until his final day.

Rav Zvi Kushilevsky (Toras Zvi) writes that the challenges encountered by Bnei Yisroel reflect G-d’s will. Similarly, each person must recognize that the challenges he or she faces in each stage of life are also ratzon Hashem. Consequently, one needs to strengthen his trust and belief in G-d to recognize that each situation is ratzon Hashem. Even if a person thinks that one’s current circumstances are not so beneficial and he’s better off somewhere else, he should know that his current situation contains great purpose, and is from G-d.