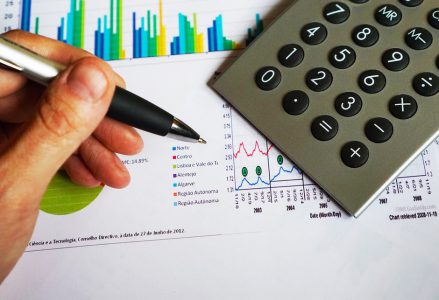 “From there you will seek the L-rd, your G-d, and you will find Him, if you search for Him with all your heart and all your soul.” Devarim 4:29

The most fundamental concept in Judaism is the belief in the existence of G-d, the Creator of the Universe and the Master of its destiny. For many people, the question of whether or not G-d exists is a moot point: either they believe or they don’t. And for most of us this issue was decided long ago by our parents, our teachers, and our society. It is not an issue at the forefront of our thought. We were either raised with religious belief or not.

Many people identify with the words of Huckleberry Finn, written by Mark Twain: “We had the sky, up there, all speckled with stars, and we used to lay on our backs and look up at them, and discuss about whether they was made, or only just happened.”

Max Anteby in The Jewish Theory of Everything illustrates that perceiving G-d is in the eye of the beholder:

“On April 12, 1961, a young Russian cosmonaut stepped in front of the cameras, as he was about to board his spacecraft, Vostok l, for what was going to be man’s first voyage into outer space. Yuri Gagarin announced, ‘Now I go to meet nature face to face in an unprecedented encounter.’ For the next several hours, Gagarin encountered nature in a way that no man had done before, far beyond the reaches of the clouds, to a place bordering on the infinite. He had an awesome responsibility to chronicle for mankind what existed outside the Earth’s realm and man’s control. Upon his return to Earth he remarked, ‘Now I know that G-d does not exist, because I was there and I didn’t see him.’

“Less than one year later, John H. Glenn entered his spacecraft, Freedom 7, in America’s attempt to beat the Russians in the race to space. He brought a Bible along with him. As he peered through the small window of his capsule, he looked out on the enormity of the universe and on the delicate fragility of our own Earth. He felt the presence of the ‘Hand of Almighty G-d’ as he recited from the first chapter of Genesis.

“Two men, with identical experiences, unprejudiced by anything that had gone before them. One saw G-d, the other denied His existence.”

People today are in a position to re-evaluate their beliefs and deliberately choose those they find most compelling. This has led, over the last three hundred years or so, to the questioning of basic assumptions about religion. In particular, science has challenged many of the claims made in the name of Western religion about G-d. Many inheritors of this tradition simply assume that science has all the answers, that there is no need for religion anymore.

Nevertheless, in our day, there are many world-class scientists who applied their analytic prowess to applied philosophy and ethics and became Observant Jews. One example is the eminent mathematician Professor David Kazhdan.  Dr. Kazhdan was born Dmitri Aleksandrovich Kazhdan in Moscow in 1946. By age 20, he completed a Master’s degree in Mathematics at Moscow State University, and two years later earned his Ph.D. He is considered the world’s greatest expert in representation theory and its uses in algebra, algebraic geometry and number theory. Already at age 22, he discovered what is termed the “T property,” since named for him, and its importance in the understanding of representation of linear groups and their discrete sub-groups. At twenty-one he began to take an interest in Judaism. From then on, Professor Kazhdan devoted himself to religious studies side-by-side with his research in mathematics.

Professor Kazhdan emigrated from the Soviet Union to take a position at Harvard University in 1975. Around that time, he became an Orthodox Jew and changed his name from Dmitri Aleksandrovich to David. In 1993, he was appointed to chair the mathematics department at Harvard and later became Head of the Mathematical Physics Program at the School for Advanced Studies at Princeton University. Between 1977 and 2002 he served as Full Professor at Harvard, and for the last 15 years has been Professor of Mathematics at Hebrew University in Jerusalem.

In October 2013 while riding a bicycle near Jerusalem, Professor Kazhdan was knocked off the road by a truck. As Shlomi Gil wrote in the September 2014 Mishpacha Magazine, “His tenacity, determination, and iron will — qualities that helped him survive the Russia of the KGB, embrace a life of Torah and mitzvos, and rebuild his life in the US and then in Israel — that helped him rally again, this time in what’s been the most difficult test of his life. He’s on his feet again, despite the prognosis of the medical team who worked furiously to stabilize him. Launching a headstrong battle to get his life back, the mathematical genius learned about the resilience of the human spirit.”

The arguments for the existence of G-d do not prove beyond the shadow of a doubt that G-d exists. Such proof is not to be expected if we are to maintain our free will. Does this mean, then, that it is impossible to be convinced of the existence of G-d? Can we only offer arguments but produce no proof? The decision whether or not to believe in G-d must be approached responsibly. It is a decision that affects not only what we believe, but also how we will choose to live our lives. If there is a Creator and Designer of our world then it matters what He has to say about how we should and should not act. It is of utmost importance then that the decision be made responsibly.

Rabbi Dovid Gottlieb explains (Living Up to the Truth, pp. 18, 45) that decisions about theology are no different than any other responsible choices one makes in their day-to-day life. Real life decisions can’t wait for absolute proof, they rely on choosing the best possible option.

“Whatever is the case in making up our minds about theoretical knowledge, when we come to making practical choices we have a quite different standard for making those decisions in a responsible fashion. We don’t wait for absolute certainty before we act. The standard we employ in making responsible decisions is high probability vis-à-vis alternatives. If I have to decide what to do, and I know that what I do depends on my circumstances – i.e. what the facts are – and I don’t know the facts for sure, I use the information I have to determine which of the alternatives is most probable and then I act on it. If I do so I have acted responsibly, and if I don’t do so I have acted irresponsibly…

“Now, the key point here is that Judaism is both a matter of theoretics (Is there a G-d? Did He reveal Himself at Sinai? Did He create the world in such and such a fashion? What is the nature of the soul?) and a matter of decision. Judaism is in part a matter of how one chooses to live. Soon it will be the Sabbath. You will have to decide whether to light up a cigarette. During the week you will have to decide whether to have a cheeseburger. These are life decisions. The criterion for making a life decision responsibly is to make the decision on the basis of high probability of truth vis-à-vis alternatives. A person who waits for the Cartesian standard to be fulfilled, a person who waits for an absolute refutation of all possible alternatives, is a person who is not behaving responsibly…

“‘But, you are asking me to make a decision about my whole life. This is my whole life, it changes everything that I do, my values, my conduct, and so on. Surely for a decision like that I ought to have more than just high relative probability. For that I ought to have a solid proof, or at least something that is very high in probability. Shouldn’t I have higher standards when it comes to my whole life?’ … Even if the stakes are enormous, if they are balanced between the two alternatives, then we still use highest probability to make our decision.”

There are two NLE Morasha shiurim on Developing and Strengthening Belief in G-d:

Developing and Strengthening Belief in G-d I: First Cause and Design (Teleological) Arguments

Developing and Strengthening Belief in G-d II: The Moral Argument and Deciding Whether or not to Believe