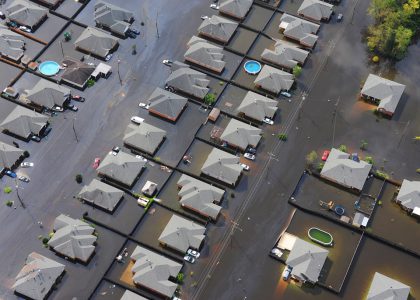 Four year-old Ethan Coleman will be forever grateful to Alexandre Jorge for saving him from Hurricane Harvey. Ethan was one of over three thousand people threatened by the rising floodwaters of Hurricane Harvey who surely expressed heartfelt appreciation to their rescuers. In some cases the rescuers themselves overcame dangerous situations to succeed in their missions. The organized and impromptu life-saving efforts by hundreds of officials and citizens avoided a greater calamity. It’s not surprising that those saved from their life-threatening situations would convey appreciation. Indeed, Rav Wolbe (Aley Shur, Volume II, pp 278 – 280; Rabbi Yitzchak Caplan, Rav Wolbe on Chumash pp. 359-361) teaches that hakoras hatov, a sense of gratitude, must be cultivated for even the small gifts and acts of kindness that come our way.

G-d said to Moshe, ‘I have a wonderful present in my treasure-house called Shabbos. Go inform the Jewish people about it.’ Rabbi Shimon ben Gamliel explained that from here that someone who gives a child a gift must tell his mother.  Beitzah 16a

Why should the benefactor inform the parents? Rashi (Ibid.) points out that the gratitude of the child’s parents actually becomes infectious! The parents conclude that the benefactor, by bestowing the gift, is expressing his love towards the family and in turn engenders feelings of love and camaraderie among the Jewish people. In contrast to tzedakah, which should be given discreetly to protect the self-esteem of the recipient, the Torah wants benefactors of gifts and the beneficiaries to be aware of one another to foster goodwill.

When someone recognizes that another performed a chesed on their behalf, he senses that person loves him. Consequently, that love is reciprocated and engenders a feeling of friendship, as reflected in Mishlei 27:19, “Just as water reflects a face, one’s heart reflects another’s heart.” In contrast, when there is no hakoras hatov, friendship and love cannot be developed. This dynamic is especially apparent in the relationships between spouses, parents and children, teachers and students, and co-workers.

Rav Yerucham Levovitz (Daas Chachmah U’Mussar Volume III, Chapters 12-13) explains that a feeling of gratitude is not merely a welcomed ‘thank-you,’ rather it is an obligatory, halachik-based response. To such an extent, that if someone does not reflect upon the generosity and kindness of the giver and then express hakoras hatov he is considered as if he has actually stolen from the benefactor!

The attribute of gratitude even applies to inanimate objects. Prior to each of the first three of the Ten Plagues in Egypt, G-d instructed Moshe to command Aharon to hit the water (the first two) and the earth (the third) to begin the plagues (Rashi, Shemos 7:19  ,8:12). Why didn’t G-d command Moshe to initiate these plagues directly as in the six subsequent plagues (G-d Himself initiated Makos Bechoros)? Since the water protected Moshe when Miriam placed him in a basket in the Nile, and later Moshe used soil to conceal the Egyptian he had killed, he personally needed to show respect to the water and earth for the benefits they provided for him.

How can we integrate the attribute of hakoras hatov into our character? We can learn this from this week’s parsha of Ki Savo from the mitzvah of the Bikurim, when we give a portion of the first crops of the shivas haminim to an officiating Kohein and make a declaration of gratitude to G-d. Rashi (Devarim 26:3) teaches that the individual must articulate this declaration to demonstrate his appreciation of the goodness that G-d has done for him. Hence, hakoras hatov must not just be felt in one’s heart, but it must be expressed.

Rabbi Caplan quoting Rav Wolbe concludes, “Let us try to express our appreciation to those who help us, even in small ways. The storekeeper who helps us find just what we requested, the mailman, the waiter who serves our food, even the sanitation workers – all of them deserve recognition and a kind word (regardless of the fact that they are being paid). To the degree that we recognize and express our appreciation for other people’s kindness, we will be able to feel friendship and love toward them.”

Click here for the NLE Morasha shiur on The World was Established for Chesed.