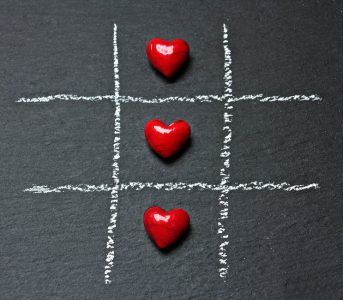 A student once related that well into dating a young woman, he wanted to decide on whether or not to propose. It was not an easy decision and was hoping that they would experience hashgacha that they were destined to marry one another. The Talmud (Sotah 2a) states that there is a Heavenly voice that declares that a couple is destined to marry, yet each person needs to determine through dating who that individual is. Can one rely on perceived hashgacha and extraordinary events to help discern that the couple is besheret?

Rav Yissocher Frand writes in Torah.org that there is such a basis:

The Medrash [Bereishis Rabbah 60] says that there were four people in history who made improper requests. Three of these people were fortunate, in that even though their request was articulated improperly, G-d answered them kindly. The fourth person received a terrible response. These four people were Eliezer, Kalev, Shaul, and Yiftach.

Eliezer said “And it will be the girl who says ‘Not only will I give you to drink, but I will give your camels to drink’ will be the girl who will marry my master’s son.” [Bereishis 24:14] The Medrash says that this was not an appropriate way to ask. What if a maidservant had come out and met all of Eliezer’s conditions? Fortunately, G-d sent Rivkah.

Kalev promised to give his daughter in marriage to the person who would capture the city of Kiryat Sefer [Yehoshua 15:16]. Kalev did not know what kind of person would conquer the city. What if a slave would have conquered the city? Fortunately, Osniel ben Kenaz conquered the city.

Shaul promised his daughter to the person who would kill Goliath [Shmuel I 17:25]. Again this was a rash promise, but again G-d was kind and Dovid killed Goliath.

However, there was one man whose improper request resulted in tragedy. Yiftach was praying for success in battle against Ammon. Yiftach said to G-d, “If You deliver Ammon into my hands, the first thing that comes out of my house to greet me, I will offer as a sacrifice…” [Shoftim 11:31] Unfortunately, his daughter was the first to greet him. [According to the commentaries, Yiftach either sacrificed his daughter or sent her away for the rest of her life. Either way, this was a punishment for Yiftach’s improper request.]

The question can be asked: Eliezer, Kalev, and Shaul also asked improperly. Why were they fortunate and why was Yiftach struck with tragedy?

The Beis Av offers a beautiful insight. The Beis Av says that the common denominator of Eliezer, Kalev, and Shaul was that their requests all involved shidduchim, marriages. When it comes to finding a proper mate, that is one area regarding which a person can legitimately say “G-d — take care of me!” When it comes to finding a person’s life mate, the rule is that this comes from the Hand of G-d [Yalkut Shimoni 117]. Regarding shidduchim one is allowed to play with Providence and rely on G-d’s intervention.

Yiftach’s pledge had nothing to do with a shidduch. When one utters an irresponsible pledge like that, anything can happen.

The Chazzon Ish explained that unfortunately, we live in a time in which we usually do not see the Hand of G-d. However, there is one area where everyone admits that we often can still see it. G-d takes a special interest, and plays a special role in shidduchim.

The fact that Chazal (Sotah 2a, Sandedrin 22a) compares making a shidduch to the splitting of the Yam Suf also highlights a supernatural aspect of finding one’s spouse.  Rabbi Mordechai Dolinsky in Don’t Judge a Book by its Cover (p.120) cites Rabbi Avigdor Miller who says that each couple experiences 250 miracles in the making of their shidduch in accordance with Rabbi Akiva who posits there were 250 miracles in splitting the Yam Suf! Rav Dolinsky suggests that, “It is a very exciting and fruitful endeavor for the chasson and kallah to identify and cherish as many of the 250 miracles as they can.”

Despite a couple’s recognition of hashgacha in their shidduchim, Rav Shlomo Wolbe writes that there is one critical qualification in relying on what appears to be “clear hashgacha.” (See Rabbi Yitzchok Caplan, Rav Wolbe on Chumash, ArtScroll, pp. 64-65 and Shiurei Chumash, Parshas Chayei Sarah 24:66, citing the Brisker Rav). When Eliezer returned to Yitzchak with Rivkah, the Torah states [Bereishis 24:67], “And Yitzchak brought her into Sarah’s tent, he married her and she became his wife…” The Targum Onkelos writes that only after Yitzchak saw that the attributes of Rivkah were like those of Sarah did he decide to marry her. Yet in the previous verse [IBID 24:67 with Rashi] Yitzchak related all the wondrous events that transpired in the shidduch and how his tefillah was astonishingly answered.

If the shidduch transpired through miraculous means, why did Yitzchak find it necessary to examine Rivkah’s attributes and behavior before deciding to marry her? Consequently, explains Rav Wolbe, that the determining factor in deciding upon a shidduch are the middos of the individual, regardless of “earth-shattering events that all point in the direction of a specific match.” In fact, when Eliezer travelled to find a wife for Yitzchak he used a test to discern the nature of Rivka’s middos. (See Beis HaLevy, Chayei Sarah). Rav Wolbe concludes that the Torah-true way of evaluating a shidduch is investigating the middos of the prospective spouse, and not allowing “supernatural” events from distracting us from what is of central importance.  Good middos are the foundation of the Torah and the entire Jewish nation.

For a fuller discussion on shidduchim, click here for the NLE Morasha Series on Dating, Relationships, Love & Marriage.