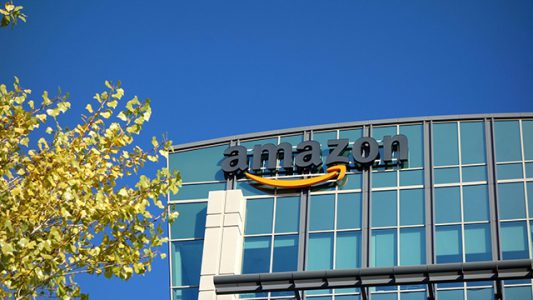 Tucson sent a 21-foot cactus to Jeff Bezos. Birmingham, Alabama, installed giant delivery boxes around town. And Stonecrest, Georgia, offered to rename itself Amazon. When you’re gunning to be the home of Amazon’s second headquarters, you “need something to set yourself apart,” said Nathan Bomey at USA Today. After the e-commerce giant announced in September that it was hunting for the perfect “Amazon HQ2” location, promising to invest $5 billion and create 50,000 high-paying jobs, 238 cities and towns eagerly threw their hats into the ring, with the application period ending last week. Some launched “downright wacky” stunts, while others dangled more traditional sweeteners, like the $7 billion in tax breaks offered up by Newark, New Jersey. If there are early front-runners for this “civic beauty pageant,” Amazon isn’t saying, said Matt Day at Seattle​ Times​. But based on the company’s lengthy wish list — a population of at least 1 million, good mass transit, a well-educated labor force — analysts “have some guesses.” Moody’s Analytics crunched the numbers and named Austin, Atlanta, Philadelphia, Pittsburgh, and Rochester, New York, as “best positioned” to win. (“Vying for Amazon’s New HQ, October 29, 2017, theweek.com)

Wherever Amazon’s HQ2 ends up, there will be an influx of top Jewish talent seeking to forge a Jewish connection. Upon moving into the new city, these wandering Jews will most certainly explore the Jewish side of town. The following ideas hold true for any community when new professionals move to town. With national annual moving rates estimated between 10-20 percent of the population, shuls, kollels and kiruv centers nationally should expect access to some portion of these 40 million newcomers each year!

Even prior to a move, singles and families will research your city to determine if they would want to resettle there. Have a prominent “New to Jewish Metropolis?” link on your website/Facebook page with an updated and comprehensive guide to all the Jewish resources in Metropolis – e.g., kosher restaurants, JCC, and Orthodox synagogues. Especially with a large orchestrated influx of new arrivals like Amazon HQ2, research the phases of arrival of the new work force and offer special welcoming events. If necessary, hire a consultant to optimize your website and Facebook pages to land surfers.

Forbes reports that a key priority of employees moving into a new city is to establish a social support network. You want to be there for them, even ahead of their move, to welcome them and be sure that you are on the top of their go-to list upon arrival.

Welcome them to your Jewish community with a mind-opening list of programs that will have them counting the minutes to attend. Here are some compelling programming suggestions offered over the years by various outreach centers, community kollels and shuls:

Journey through the Jewish Holidays

The Art of Exceptional Living

Cooking Kosher  Series at a Home

With a large influx of new potential members to your shul, kollel or kiruv center, you will need the requisite manpower to reach out and teach the expected newcomers. Nevertheless, those engaged in outreach, need to be careful in how to delegate. This principle we learn from Rav Moshe Feinstein’s Derash Moshe on Parshas Vayeira analyzing the actions of the world’s first mekarev, Avraham Avinu. After the melachim arrived in the exceeding heat, Avraham said [Bereishis 18:4], “Let some water be brought” to them. Rashi explains that since Avraham asked a shliach, someone else to bring the water to the guests, and not do so personally, then G-d repaid his descendants through an agent when Moshe hit the rock to bring water to Klal Yisroel in the desert.

Why should it matter if I serve a Coke directly to a guest or if I ask a family member to do so? Rav Moshe explains that people may incorrectly assume that the primary goal in mitzvos bein adam l’chaveiro is to accomplish the goal, independent of who carries out the action. This is actually a mistake since the very act of performing the chesed is itself a mitzvah. Consequently, a person should always strive to perform the mitzvos by himself or herself unless there are other justified factors to delegate. For example, Avraham asked Yishmael to prepare a calf because he could process it faster (and as Rashi explains, at the same time get trained in schechita). However, if there was not such a direct benefit by asking a third party, Avraham should have performed the schechita himself.

Consequently, whenever possible, a rabbi, educator and mekarev should personally engage in outreach tasks unless it will be more expedient or effective if done by others.

Click here for the NLE shiur on The World Was Established for Chesed.

Click here for resources on Marketing and Social Media.