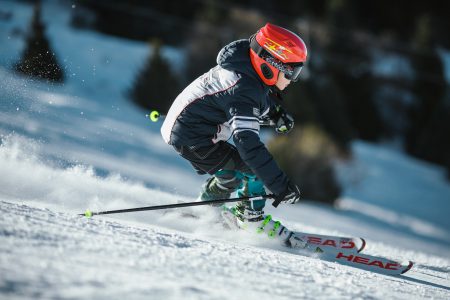 Recently, I was out driving on the highway during a rain storm. I signaled right and started to switch lanes. The problem was that, due to low visibility, I failed to see a van that was moving into the same space. Its tail swiped the front side of my car.

For the next few days, I drove around with increased hesitation. Before turning, I would double and triple check. My driving speeds were down a few miles. In general, I was more cautious. After a while, however, I was back to my New York driver self, navigating the streets with (semi) reckless abandon.

It’s common for people who experience a setback to be more cautious the next time. The problem is, many folks will often view a single failure as an indictment on past efforts and not try again. For example, they make a large number of sales calls that don’t convert. Or they produce a product, service or program that they believe will sell and get almost no response. So, they quickly throw in the towel and give up.

While there is merit to failing fast, which encourages us to quickly identify when an approach won’t work and move on before investing large quantities of time, capital, and other resources, we also need to be able to persevere in the face of adversity and try again when the situation calls for it.

In “Think and Grow Rich,” author Napoleon Hill tells the story of a man who traveled from his home in Maryland to Colorado in pursuit of gold.

After weeks of labor, he was rewarded by the discovery of the shining ore. He needed machinery to bring the ore to the surface. Quietly, he covered up the mine, retraced his footsteps to his home, and told his relatives and a few neighbors of the “strike.” They got together money for the needed machinery and had it shipped. He and his nephew went back to work the mine.

The first car of ore was mined and shipped to a smelter. The returns proved they had one of the richest mines in Colorado! A few more cars of that ore would clear the debts. Then would come the big profits. Down went the drills. Up went the miners’ hopes. Suddenly, the vein of gold ore disappeared. They drilled on, desperately trying to pick up the vein again, all to no avail. Finally, they decided to quit.

They sold the machinery to a junk man for a few hundred dollars and took the train back home. The junk man called in a mining engineer to look at the mine and do a little calculating. The engineer advised that the project had failed because the miners were not familiar with fault lines. His calculations showed that the vein would be found just three feet from where the others had stopped drilling. That is exactly where it was found.

The “Junk” man took millions of dollars in ore from the mine, because he knew enough to seek expert counsel before giving up.

The question is, how do we know that we need to buckle down and give it another go or when it’s time to cut our losses and move on?

Here are some questions that can help add clarity:

Naphtali Hoff, PsyD, is an executive coach and President of Impactful Coaching & Consulting. For a free, no obligation consultation, please call 212.470.6139 or email nhoff@impactfulcoaching.com. Check out his new leadership book, “Becoming the New Boss”, on Amazon. Download his free eBook for understaffed leaders at ImpactfulCoaching.com/EPIC.