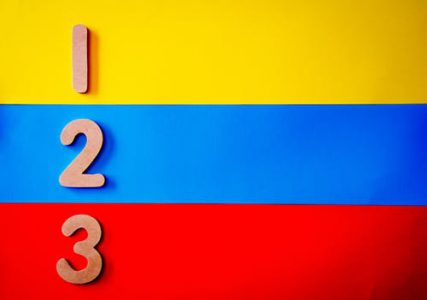 The first time in a very long time that I truly did nothing was several years ago when I was bemoaning to a therapist friend of mine how attached I felt to my technology.  Soon after, I was attending a wedding in his area and he generously offered to pick me up at the airport and spend a few hours together before and after the wedding working on the issue.

I was so grateful and eagerly looking forward… until he told me what it would cost.  I would have gladly paid a handsome sum of money instead of the price he asked.  He said the only way he would do it is if I agreed to his condition:  he would pick me up from the airport and I would immediately hand over anything with an on/off button.  I would get everything back when he dropped me back at the airport that evening.  That meant no phone, text messages, WhatsApp, or internet, not only for the time we would be together, but while I was at the wedding too.

I reluctantly agreed and when I landed, he dramatically took my laptop and phone, put it in a bag, locked it with a lock and placed it in the trunk of his car.  We drove to his office and the first thing he had me do was sit still in a chair all by myself with nothing to read, listen to or watch.  I was to simply sit, clear my mind, be lost in my own thoughts, undistracted by anything else.

In those moments, I felt like most of the men in a study I’ve shared before.  In this 2014 study, for 15 minutes, participants in the experiment were left alone in a lab room with no phones, screens, or writing implements. All they had before them was a button that would produce an electrical shock if pressed. Even though all of the participants had previously stated that they would pay money to avoid being shocked with electricity, 67% of the men and 25% of women chose to inflict electrical shocks on themselves rather than just sit there quietly and think. In other words, a significant number of people would rather suffer physical pain than be left alone with their thoughts.

The first minute or two, I was basically crawling out of my own skin, fidgety, uncomfortable and feeling like a limb had been amputated.  But as the minutes went on, I began to lean into the alone time—breathing, thinking, and relishing the opportunity to just be.  It felt different, refreshing, and long overdue.  Though I have yet to successfully implement everything I learned that day, it opened my eyes to the critical importance of both maintaining the capacity to be alone, and, even more importantly, to dedicate time each day to doing nothing.

The Dutch have a term for doing nothing: niksen.  Niksen is not the byproduct of passive laziness.  It is the conscious decision to do nothing, to sit motionless, to simply be.  We are living in a time where busyness and activity are the default.  Stopping, disconnecting and just thinking takes intentionality, requires effort, and only happens if we allocate time for it.

Our generation has an aversion to being still.  We confuse busyness with productivity and we often use it as a social currency to impress people with how important or significant we are.  Truly impressive people, we think, are busy, crazy busy, insanely busy.  We mistakenly conclude that to admit we spend time each day intentionally doing nothing would make us look bad, lazy or unambitious.

But it is exactly the opposite.  As it turns out, truly impressive people, truly present people, find time to disconnect, to experience aloneness, to quiet the constant noise so that they can truly hear what is going in their head.  Truly spiritual people carve space for hisbodedus, contemplative time, and a standing meeting with Hashem, carrying on a conversation like you would with a friend.

Busyness has been scientifically correlated with burnout, anxiety disorders, and stress-related diseases that ravage the body.  Finding time to disconnect from technology and to-do lists and instead mindfully breathing deeply for just a few minutes each day has been proven to improve physical and mental health.

A couple of years ago, I decided to return to the lessons I had learned that fateful day with my friend.  I made a commitment to myself and recruited a few others to spend time each day with our phones in airplane mode (you are allowed to use that, even when on the ground), a timer set to three minutes, and a conscious effort to breathe deeply and get lost in our own thoughts.  I can’t say I do it every single day but doing it with friends and being able to hold one another accountable has been very helpful.

The Midrash (Bereishis Rabbah 14:11) tells us not to read the verse in Tehillim (150:6) kol ha’neshama tehallel Kah, every soul will praise G-d, but rather, kol ha’neshima, with every breath we praise Hashem.  It is no coincidence that the same root means soul and breath.  Hashem animated us and placed a piece of Himself in us when He breathed life into us.  When we consciously and mindfully breathe deeply, we revive and nourish our souls and we make space to evaluate and recalibrate our lives.

The days that I do my three minutes are categorically different.  Afterwards, I feel calmer, more present, more creative and more connected.  The few times I have done my three minutes shortly before going into davening have radically changed that rendezvous with my Creator.  (One can only imagine the benefit of spending an hour before davening clearing the mind, the practice of the Chassidim Rishonim, Berachos 30b.)

There are 1,440 minutes in a day.  Even if you sleep for 8 hours a night, that leaves you with 960 minutes each day.  It is hard to believe that we can’t find three of them to make contact with our souls, and check in with our Creator, especially when doing so will so radically enrich the rest of our day.

We are marching towards Har Sinai and will soon stand at the base of the mountain together.  To fully experience that moment, use the remainder of these days counting towards it to form a three-minute mindfulness habit.

Each day find three minutes. It can be the same time each day or it can vary based on each day’s circumstances.  You can do it alone, or sit down and do it with someone else.  You can make a pact with others to hold each other accountable or you can use an app on your phone to form the habit.  The details are up to you, but I guarantee you, if you find just three minutes a day to disconnect and reconnect with yourself and Hashem, it will change your other 1,437.