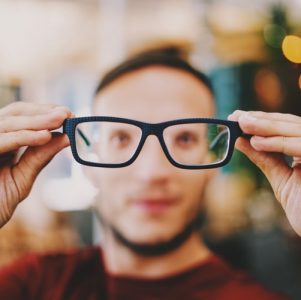 Working for a nonprofit can be rewarding, especially if you turn it into a lifelong career. But there’s a lot more to charity work than the world-changing stuff presented in the media. And it’s not the sort of thing just anyone can do, either. There are five things you should know before committing to a nonprofit career.

There are plenty of reasons why you might want to seek out a career in the nonprofit sector. It lets you meet a variety of people in your chosen field, forming relationships that can last you your whole life. It allows you to develop critical skills that translate across multiple industries.

But perhaps most importantly, it lets you put your skills, talents, and creativity towards bringing about real, positive change in the world.

That said, nonprofit work isn’t for everyone. If you want to turn it into an actual job, here are five things you should know.

Your Goal is a Mission

One of the most frequent misconceptions I see among people unfamiliar with nonprofits is the idea that they are similar to for-profit businesses. There may be passing similarities like organizational structure or marketing directives.

But at their core, they have vastly different goals and require a different approach to achieve those goals.

A nonprofit is founded on a cause or a mission. Its leadership and stakeholders want to change something about the world. They’re trying to advocate a mission.

A for-profit can have the same goals. It can engage in ethical business practices. But at the end of the day, a for-profit’s objective is to sell people on a brand.

Given their tax-exempt status, one might expect a nonprofit to have significantly more resources at its disposal than a for-profit. The reality is that compared to an organization of comparative size in the private sector, a nonprofit generally has less to work with. You rely far more heavily on volunteers than on permanent employees and your operating budget will largely be drawn from donors and grants.

That isn’t to say nonprofit employees don’t receive a salary or that they must work for free. They generally are compensated. And in larger charities, that salary can often be a generous one.

What I’m saying is that as a nonprofit, you cannot operate as though you’re working with corporate resources – you always need to be aware of your budgetary, equipment, and staffing limitations.

Many people who seek a career in the nonprofit sector do so because they’re looking for greater meaning in their life. Maybe you’re among them. If you stay the course, I don’t doubt you’ll find it.

There’s paperwork. There are organizational politics to deal with. There’s red tape to navigate.

And in many cases, you’re going to be doing more work than you expected. As I already established, nonprofits tend to have fewer resources than for-profit organizations. Many of them are underfunded and understaffed. You might be pulling long hours doing frustrating work.  Again, though – if you stick it out, your work can and will prove meaningful in the long run.

You Need to Be Well-Rounded

Some of the best advice I’ve heard about finding a job in the nonprofit sector comes courtesy of Melinda Price, Community Outreach and Marketing Coordinator at the Autism Community Network. Price believes that being highly specialized can actually end up being a bad thing. The reason, she explains, is because most people in a nonprofit are expected to wear multiple hats.

“Knowing a little bit of everything will go a long way,” Price explained in an interview with talent acquisition platform The Muse. “I would also suggest getting a bit of background knowledge on exactly how a nonprofit organization works.”

No Two Nonprofits are the Same

For my last point, I’d like to add a small disclaimer. A lot of this article involves speaking in general terms. But the nonprofit sector is every bit as diverse as the private sector.

Not everything discussed above will apply equally to every organization. That’s why it’s important to do your research when you’re on the hunt for a career. Find a nonprofit that’s a good fit for you personally.

Working in a nonprofit isn’t for everyone. But if you have the desire for it, it can be one of the most fulfilling, rewarding careers you’ll ever experience.

Louis Louw is the owner of Elite Sport Socks. He is passionate about business, technology, and rock climbing. Elite Sports Socks sells personalized socks for sports teams and school fundraisers.