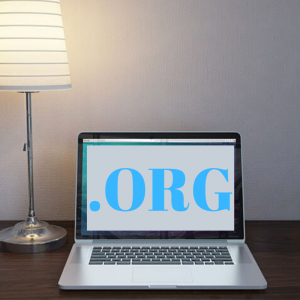 “The Org that Sells .Orgs is no Longer an .Org”

The Hustle recently reported that, “The Public Interest Registry (PIR), the nonprofit organization responsible for maintaining and distributing all .org domains, was acquired by the for-profit private equity company Ethos Capital.”

While people often associate websites that end in .org as being affiliated with a nonprofit, schools, or open source projects (like Wikipedia), they aren’t legally required to be of this status.

In 1998, a nonprofit organization called the Internet Corporation for Assigned Names and Numbers (ICANN) was put in charge of organizing all of the internet domain categories: .com, .int, .edu, .gov, .mil, .net, and .org.

The Hustle reports that, “ICANN was chartered by the government, but the company delegated responsibility for its several domains to a mixture of nonprofit and for-profit companies –– with profound consequences.”

ICANN awarded the contract to operate .com domains to a for-profit, public company called Network Solutions (acquired by Verisign) and .com websites have sold for as much as $90 million dollars.

However, ICANN gave the contract to operate .orgs to a nonprofit known as PIR. Since .org websites were originally intended for nonprofits, the price of such names were set at no more than $9.05 per domain. This allowed costs to stay low and help nonprofits.

All Good Things Must Come to an End…

In June 2019, ICANN removed its price cap on .org domains and no shocker here: Ethos Capital is the proud owner of the .orgs. A number of observers have noted that the Ethos CEO Erik Brooks has shared many positive statements about this recent acquisition. That said, one topic that Brooks has not mentioned is whether or not prices for .org websites will remain at the same affordable rates.

As such, we recommend that you be aware of this news. Remain on top of these seemingly trivial things and do not allow your .org to expire. Who knows how much more expensive it may become to renew it or to try and purchase a new .org site in the near future! To learn more about this, read this Gizmodo article.