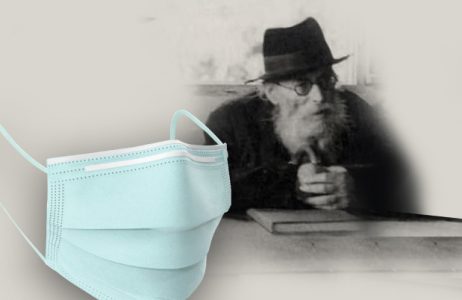 On October 20, 1952, David Ben Gurion (1886 -1973), the Prime Minister of The State of Israel, requested a meeting to meet with the Gadol HaDor, the Chazon Ish (1878 –1953). Yitzhak Navon served as Ben Gurion’s secretary. He was the only person to accompany him at this meeting and reconstructed the conversation between the two from his memory. Here are two snippets from the conversation which are relevant to our discussion:

Ben Gurion: “I came to talk to you about one issue and ask you how religious and non-religious Jews will live together in this land. Jews come from many countries, hundreds and thousands, with different traditions, from different cultures, and different worldviews. There are religious, and there are non-religious, and the State confronts external danger that the Arabs still want to destroy us. We must make the utmost of all that the different sectors of the people have in common, and there is a great danger that we will explode from within. In addition to all the differences of cultures and worldviews, there is a fundamental problem here: these are Jews and those are Jews, and how will they live together?”

Here is the now-famous response of the Chazon Ish: “There is a Jewish law: When two camels come facing each other, and there is a narrow path that has room for only one camel, then the camel that is carrying a load is given the right of way. And the camel that has no load must make way for him. We, religious people, have the heavy burden of Torah study, observance of Jewish laws, and observance of Shabbat and keeping kosher. That is why others need to clear the way for us.”

Lesson from Chazon Ish- You cannot always compromise nor can you always make everyone happy. When you have one path and two donkeys, one donkey must concede the path to the other donkey. The Chazon Ish (based on a Gemara) informs us that the donkey with the load should have preference over the donkey who is unburdened.

Part Two – Connection Between the Chazon Ish and Masking

Who should give in to who?

They only have one Shul, and because of specific legal requirements, they cannot have two minyanim. They have one Shul and two sets of people, those who don’t want to wear a mask and those who insist that it is harmful to their health if they around someone who doesn’t mask. We have here an exact replication of the case of the Chazon Ish as he told Ben Gurion. Someone has to give in, it obviously is the person without the burden.

Therefore, the person who insists because of health reasons he must mask is equivalent to the donkey who is carrying a burden. Namely, he has the burden always to remain masked. Therefore, the person who does not believe in masking should nevertheless concede to the “masker.” After all, the non-masker can mask and remain in the minyan and allow the masker to feel safe. The masker cannot unmask as he is doing something detrimental to his health. So too, if the unmasker insists on remaining unmasked, he is potentially putting the masker at what the masker perceives is a serious health risk. Does the unmasker have the right to do this? Shouldn’t he just mask up, allowing both of them to daven together?

What’s the “right” thing to do? Let’s leave to the side the Chazon Ish and his example with the donkey. Let’s also forget about the mitzvah of “Loving your fellow Jew,” and let’s forget about who is right medically or not. Let’s look at the reality of the situation.

Imagine you enjoy smoking, and you walk into the home of a person who does not permit smoking in their home. Would you ever dare to light up a cigarette in his presence even if you believe he is misguided, misinformed, brainwashed, and mistaken about the dangers of second-hand smoke? Besides the audacity of the act, let us remember you are in his house, and he gets to set the policy in his home, and if you don’t like the policy, you are free to leave. However, would you have the audacity to ignore his policy and light up a cigarette in his face, which he considers dangerous?

The Shul has set policy, we invite guests in and feel wonderful when they come. However, we respectfully ask they abide by the Shul policies.

There are some laws that our forefathers (the Avos) observed which preceded the Torah! That’s right! “Derech Eretz Kadma L’Torah” – and as Rav Yakov Kaminetzky zt”l explains there is a particular concept of “menschlekeit” (civility, politeness, decency) which the Avos understood and acted accordingly even before the giving of the Torah!

This is how Rav Yakov explains, “Derech Eretz” – “acting properly,” preceded the Torah.

As Rav Yakov quotes from Koheles (7:29) “Hashem created mankind upright,” (“yashar”- straight). Rav Yakov claims that there exists an innate sense of “correctness,” which Hashem embedded in all of us. The Avos were able to utilize this “yashrus” even before the giving of the Torah. (See Emes L’ Yakov Bereishis 14:14 and 37:12). We too have to utilize the sense of “yashrus” and menschlikeit here.

That is, in essence, what the Chazon Ish was answering Ben Gurion. If you have one person who has a burden (whether you agree with the burden or not) and the other fellow has no burden, and there is only one way to go – what is the proper, civil, menschliche thing to do? They both cannot have their way. Says the Torah, the man without the burden should be sensitive to he who has the burden. So too, the man who feels the obligation to mask should be given preference by the non-masker.

I no longer have an opinion on Corona. I am all “Coronad-out” – I don’t know who is right, and the answer has nothing to do with this essay. I am also not saying you need masks, or you don’t need masks. I am talking about something more fundamental. I am referring to a concept which preceded the Torah. And that is if there is only one way to go, the civil way to decide who gets ‘his’ way is for the unburdened to accommodate the burdened person. The Chazon Ish was explaining to Ben Gurion fundamental human moral law. It is something we all can relate to.

My dear friends, our Shul has gone through many discussions about the masking issue. Today, I am not discussing masking; I am talking about derech eretz. And the policy of the Shul is you must enter with a mask. That includes bochurim, women, and children. We are dealing with the topic of derech eretz, not the topic of whether masking is effective or not. Rather, we are trying to ascertain how a person who is a guest by someone else and the host requests the guest not to smoke, can the smoker claim, “There is no scientific evidence for second-hand smoking being dangerous and I am going to smoke in your home!” The host desperately says, “But wait, I think it is dangerous to my health, and we must come to a consensus now, so since you are my guest and it is my house, can you please act with derech eretz and not smoke?”

This is where we are. What I hold about COVID is irrelevant at this point. And deputizing people to police others was ineffective. So, therefore, I am just informing all of the Shul policy. The policy of Ahavas Israel made by the lay leadership with the approval of the Rabbinic leadership is that masks must be worn when you enter the building. The only time a mask may be removed is when you go into the Beis Medrash, sit down and begin to learn. However, as soon as you are in the lobby, you must wear your mask. These are the simple rules of Ahavas, which we ask all to follow. Including the bochurim.

There is one point in which I need help. Many seventh and eighth grade boys come to daven in the Shul, and some of them disregard the rule of wearing a mask. Perhaps they attended a camp where masks were not mandatory; maybe this is their way of “acting out” and feeling ‘big.’ I don’t know the reason. Unfortunately, I am saddened to report that it has caused a chillul Hashem. If you are the parents of a seventh or eighth grader who davens in Ahavas, be it in the morning or in the evening, please tell them I would like to have a chat with him or them. It would be a shame for such nice boys to go into Rosh Hashanah like this. May we all be privileged to see this pandemic disappear and we can all go to Yerushalayim!