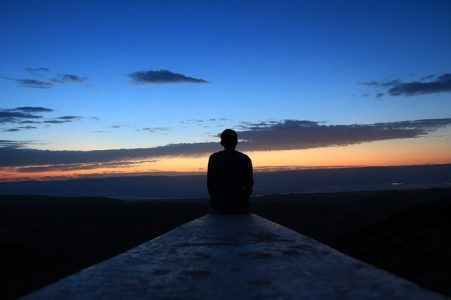 These days, even a quick glance at the news causes pain and anxiety. Suicide bombs in Afghanistan, Hurricane Ida smashing into New Orleans, the Covid pandemic continues with the Delta variant causing death, vaccine deniers, political infighting, who needs to hear it?

Today, a week before Rosh Hashanah, I present a nice story. A story of inspiration. A story of belief in Hashem.

Our protagonist is not a great rabbi. He’s not a rabbi at all. He’s not a wise, older Talmid Chochom; in fact, he’s not even Jewish! His name is Corey Borner and he lives in Dallas, Texas.

When he was sixteen years old and playing high school football, he tackled the opposing team’s player. He remained motionless on the ground and did not get up. Corey Borner could not feel anything from his head to his feet.

As he lay motionless on the field at DeSoto High School, he kept repeating the same phrase:   “G-d, be with me.” Doctors later told him that he had suffered a severe spinal cord injury and would need to use a wheelchair for the rest of his life. Borner said he vented his anger and sadness to G-d: Why me? Why me? He then realized, “Sometimes, G-d just wants to get your attention,” he said. “He chose me.” Borner was left with a question that had no immediate answer: What now?

He found a path as a motivational speaker. “My mom was like, ‘Stay strong and keep the faith.’”

While he was touring schools as a motivational speaker and taking college classes as a communication major, Borner said, he kept in mind what he had told doctors after his spinal cord injury. His doctor at the Baylor Scott & White Health Institute for Rehabilitation had asked Borner whether he had seen an exoskeleton suit before and whether he’d be interested in trying it out. He agreed that it was worth a try if it meant possibly walking again.

More than a decade after his injury, on June 8, 2021, Borner slipped his legs into an exoskeleton suit. He stood up. He eventually surprised family members and friends when he walked across the graduation stage on August 16 to receive his college diploma at the University of North Texas at Dallas. “This is the biggest moment in my life! I walked again!” “It’s just a dream come true,” his mother said. “I haven’t seen him take a step in 12 years. G-d kept him here for a reason.” Corey said, “Hopefully, my story means something to someone.” And if not? “I’m going to make a believer out of you.” (See an article here in the Washington Post.)

Corey had emunah. He reconciled himself to his wheelchair and became a motivational speaker.

Nevertheless, he always kept in his mind the belief that if Hashem wants him to, he will walk again. Did he know for sure he would walk? No. However, he had emunah that it could happen. And in his case – Hashem indeed, made it happen.

We all have our dreams of the future and of how “if only this would happen….” We must simultaneously reconcile ourselves to the present situation and realize Hashem has specifically chosen us for this nisayon while having emunah in the eventual yeshua.