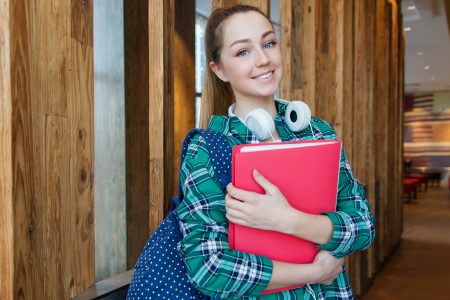 This article begins with the good news that many young and ambitious people live in today’s world who don’t only think about the future but also create it with their own hands. They are interested in the development of society but often have little desire to join existing nonprofit organizations with well-established rules and structures. Thus, young people often realize their ideas independently.

Most of this happens situationally, and in some cases, it develops into regular activism, which is now becoming part of the lifestyle. In such an association, students learn valuable skills: how to interact with city administrations, create communities, look for funding, communicate with audiences, and do fundraising. And then, you’ll see that many students have achieved outstanding results in this niche.

Today, NPOs are a genuine independent sector of social relations, with education and science, culture and sports, development of democracy, and human rights taking the lead. These are the spheres of activity that most appeal to students. Seven successful nonprofits started by students confirm this view. So how did they do it? Perhaps they used the Rated by Students website to assist in writing their college papers, so they could devote more free time to what they were interested in.

George Srour, a student at the College of William and Mary in Virginia, was so concerned about the state of educational institutions in Uganda that he decided to start his nonprofit organization to improve them. Since he previously served as an intern at the UN and had been involved in research and administrative support activities, he had the necessary skills to build the organization. So far, he has already succeeded in building seven schools. Eight more should follow soon. The crowning achievement was the organization’s highest seal of approval in the NGO world when ex-president Bill Clinton and his daughter visited their school in Gita.

# 2 Environmental Education for the Next Generation

The environmental topic is now at the top of the list of the most critical issues. With that in mind, students of the University of California, Santa Barbara, created the nonprofit organization EENG in 2009. Their goal is to provide free environmental education programs to California’s insolvent public schools. The project started with a one-second grade class, and now it’s grown to four regional chapters with 220 volunteers serving over 3,000 children.

Gabriel Whaley, a former member of the men’s soccer team at West Point and a student of the University of North Carolina, set out to create a charity soccer camp. And he succeeded in doing it in 2006. Kicking 4 Hunger not only offers a soccer camp for kids 6-12, it also provides food for those who need it the most. At UNC, Whaley worked with business school mentors to achieve 501(c)(3) status. But this ambitious student isn’t going to stop there, and Gabriel’s immediate plans include transitioning the nonprofit into a national or international concern.

Once upon a time, Ben Simon, a student at the University of Maryland at College Park, developed a food aid program. First, he intended to collect unused food from campus dining halls to feed the homeless. But participants decided to go further and began collecting food from private restaurants and schools in other states.

As a result, the organization won two social enterprise competitions, received seed money from outside sources, and registered as a 501(c)(3) nonprofit. It is now called the Food Recovery Network, and its founder has become a serial social entrepreneur specializing in Government and Politics.

The year 2009 was a turning point in the life of University of Southern California student Amber Koonce. That year she went on a trip to Ghana, where she was surprised to note that African girls only played with European-looking dolls. She thought such a situation was unfair and decided to correct it, creating a company called Beauty Gap, so little African girls would have a chance to play with dolls of their appearance. As a result, Amber’s project received 501(c)3 status.

Yale School of Medicine students founded Nyaya Health in 2005 to provide financial support to Nepal’s hospitals and other medical programs. As a result, the merits of Nyaya Health in this field were highly appreciated by GiveWell, a nonprofit organization that researches the best charities to support.

Students from Brandeis and Northeastern University in the Boston area founded Project Plus One organization to help the Bairo Pite Clinic in Dili. It is the capital of East Timor and one of the most troubled countries globally, where people often die from malaria, leprosy, tuberculosis, pneumonia, hepatitis, and HIV. Unfortunately, many people in the Western world are not even aware of such problems that plague East Timor citizens.

If these examples inspire you, consider using Top Writing Reviews or resources for college students to learn how to catalog information and write and edit documents to assist in your own endeavors.

The field of nonprofit organizations is gaining popularity every day, as evidenced by the number of successful projects students create. This activity contributes to the self-improvement of young people, the formation of their spiritual and moral character and civic action, and brings great benefit to society. One of the conditions for the existence of nonprofit organizations is that the quantitative and qualitative indicators of the results of their activities meet the needs of the community, and fortunately, they do it perfectly.

Frank Hamilton is a blogger and translator from Manchester. He is a professional writing expert in such topics as blogging, digital marketing and self-education. He also loves traveling and speaks Spanish, French, German and English.