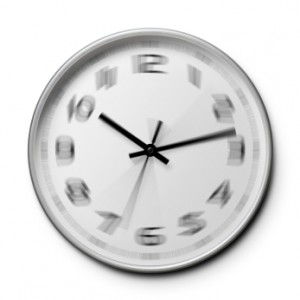 Some physicists claim that time does not exist, i.e., that it is a human construct used to organize, experience and catalogue human existence, so that man can quantify it, confirm it, and remember it. Yet, it is clear that all things on earth, be they animate or inanimate, are affected by time. However, only man is keenly aware that he is affected by time. While animals may react instinctively to a time or seasonal change, only human beings are conscious of time’s passage and actually measure time. People constantly mark the passage of time with celebrations, whether it be a New Year’s eve party, an anniversary, or a birthday. Calendars measuring days and years, or clocks calibrated to be accurate to the millisecond help guide man’s daily and non-daily activities. The hourly chimes on watches, the date required on every check, the atomic clock accuracy on smartphones or the pressure to be on time for an appointment all attest to man’s acute awareness of the concept of time. In addition, man is the only creature in which time is a subjective concept. While time can seem to pass by very quickly during an interesting or intense activity, the same interval can seem painfully slow if the activity is boring.

Yet, as much as man is uniquely aware of time in comparison to other creatures, the concept of time for the Jew takes on added significance. The Jew’s sensitivity to time is much greater than that of all other people. Time in Judaism serves a specific and unique religious function.

THE HOLINESS OF TIME IN JUDAISM

The very first mention of the concept of holiness in the Torah is related to the concept of time, the Shabbat. [1] Thus, very early in the Torah, Judaism establishes and demonstrates that holiness in time is very significant in Judaism, and is holier than another concept, the holiness of place. Most other religions do have a concept of holiness of place, as does Judaism, which designates many physical areas as holy, [2] including the Land of Israel, the city of Jerusalem and the area of the Holy Temple. And yet, time is holier than all of these. That is why the holiest Jewish place, the Temple or Tabernacle, could not be constructed on the Sabbath, [3] based on the juxtaposition of Shabbat laws in the middle of laws about the Tabernacle’s construction and its mention again later on, [4] as well as their connection in a reference to both types of holiness in one verse. [5] This demonstrates the superiority of holy time to that of holy place in Judaism.