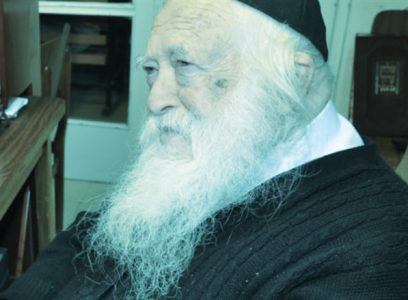 As Rabbi Noach Light related, Rav Chaim completed the “entire” Torah each year. This was accomplished through a daily seder of approximately three and one-half hours that Rav Chaim referred to as his “chovos” or obligations that consisted of studying (eight blatt of) Talmud Bavli, (four blatt of) Talmud Yerushalmi, Medresh Rabba, Tanchuma, Sifra, Sifrei, Zohar, (five blatt of) Shulchan Aruch, and Mishnah Berurah.

Rav Chaim was also strongly connected to his family and drew them into the importance and beauty of studying and living Torah. Rabbi Shlomo Kanievsky shared how on the long winter Friday nights the children played a game testing their father with mamaarey chazal where the Rav would provide each source.

Rav Chaim was deeply concerned for the Jewish nation as a whole and for each individual. Hundreds of Jews from around the world came to his modest apartment each day as well as wrote Rav Chaim seeking guidance on halachic and personal matters and for his berachas. As several of the rabbanim stated in their hespidim, “It is a wholly different world with and without Rav Chaim zt”l.