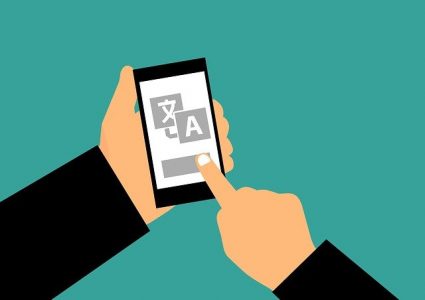 When translating a given text, one typically translates the words or phrases into the target language by considering the meaning of that word or phrase in the original language and then offering the semantic equivalent in the target language. However, when it comes to proper names, this method often remains unhelpful, because the meaning of a proper name is often undecipherable or utterly irrelevant.

I’ll use an example from Hebrew because that is the language from which I translate most often: The name of the Biblical character יְחֶזְקֵאל may be transliterated into English as Yehezkel or Yechezkel. This preserves the pronunciation of the original Hebrew name, but converts it to the Latin Alphabet.

How would a translator go about translating proper nouns?

There is no single definitive answer to this question. One way of translating a proper name would be to adapt the original name to the orthography and naming conventions of the target language, so that it better fits with the reader’s expectations. In this mode, the name is not actually translated, but is rather adjusted to sound more similar to the target language. Very often, names do not change much under this manner of adaptation—which is technically neither translation nor transliteration. To again use the example of the Hebrew name יְחֶזְקֵאל, instead of rendering it Yehezkel, a translator might Anglicize the name to render it Ezekiel. Indeed, some English speakers might be more familiar with a Biblical character named Ezekiel, rather than one named Yehezkel.

This mode of translating names can be applied to a variety of names as well in other languages, as well: For example, the name Charles in English/French is the equivalent of Carlos in Spanish, Karl in German, Karlo in Polish, and Károly in Hungarian. To use a timelier example, the Ukrainian name Volodymyr is cognate with the Russian name Vladimir—with both the Russian and Ukrainian languages broadly belonging to the Slavic language family.

Even those with a slight interest in history have probably heard about William the Conqueror (1028–1087), the Norman king who famously conquered England in 1066. Yet, only a trained historian will realize that in his lifetime, this king was actually called Guillaume, not William. He was, after all, French—not English. In essence, the history books “translated” his Norman French name into English, such that he is dubbed William, instead of Guillaume.

In other cases, a translator might choose to translate a proper noun into the corresponding name in the target language that means the same thing, or even create a new name altogether in the target language. It all depends on the context and the specific situation. The advantage to translating a proper name is that it is easy for readers who are not familiar with the original language to understand.

A possible example of such methodology may be found in the Bible, which relates that when the Pharaoh’s daughter found a baby inside a basket floating on the Nile, she named him Moses saying, “I [the Pharaoh’s daughter] have drawn him from the water” (Exodus 2:10). The Hebrew version of Moses, משה/Moshe seems to be etymologically-derived from the Hebrew verb of “drawing.” However, several Franco-German rabbinic exegetes from the Scholastic Period (known as Tosafists) argue that the actual name that she gave him was the Egyptian semantic equivalent to something that denotes having been drawn from the water. They maintain that the Bible actually translated this Egyptian name into the Hebraic Moshe, which bears the same meaning. This would be similar to calling him “Drew” in English, because his royal savioress “drew” him from the Nile’s waters.

However, the disadvantage of this modality is that it can be less accurate than transliterating a name, as it may not preserve the original pronunciation of the name.  Moreover, as mentioned above, translating a name sometimes yields awkward results. For example, if one translated the literal meaning of the Arabic given name Sayyaf into English, the resulting given name would be Sword, or if one translated the German name Berta into English, the results would be Bright. Sword and Bright are not commonly used as names in English and would prove somewhat confusing to the reader.

To summarize: In some cases, translating a name can provide clarity for the reader; while in other cases, it may be more appropriate to leave the name in its original language or transliterate it. It often takes an expert translator to determine which modality is most appropriate. Ultimately, the decision of whether to translate or transliterate a proper name should be made on a case-by-case basis, taking into account the specific context and the purpose of the writing. In lieu of a specific style guide, it is generally left to the translator to decide on whether to translate proper names into the target language or not.