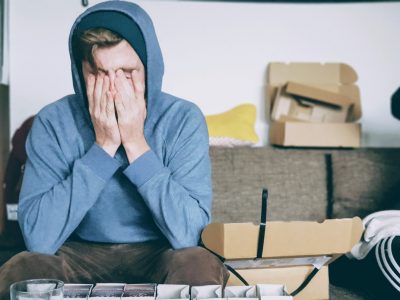 It’s never a good time to prospect for new donors.

Or, at least, it never feels like a good time.

The economy’s down. You don’t have any recent events or accomplishments to show off. Your prospect doesn’t have openings for in-person meetings, and you’re worried a phone call just won’t cut it.

But here’s a little secret:

You need to be prospecting. Every day – or almost every day. No matter what is or isn’t going on around you. If you want five, six, and seven-figure donors giving to you tomorrow – you need to start bringing them in today.

Jeb Blount, author of the book “Fanatical Prospecting,” spent decades studying the world’s best salespeople (because, at the end of the day, fundraising and sales are pretty similar).

One of his pearls: the 3 “P’s,” stand in your way to effective prospecting.

I’d imagine you aren’t terribly shocked by this one.

It’s just too easy to put donor-hunting off for tomorrow. And then bump it to the next day. And the next. Prospecting is crucial – you know that intellectually – but since it doesn’t feel urgent, you don’t feel enough of a push to cross it off your list.

As it is, your list is long enough. With that program you’re running, that payroll that needs to be met, those three students who need urgent help…

You just never get around to prospecting.

100% understandable behavior, of course. But that doesn’t mean it won’t hurt you.

The most effective leaders do a little bit of prospecting every single day. Or delegate someone on their team to do it. Even when they’re incredibly busy.

Also understandable – when you go into interactions with prospects, you want to be prepared. So you spend an outsized amount of time analyzing what-ifs. What-to-do-when’s. How-to-handle-situation-x-y-or-z’s.

That might feel productive. But it isn’t really. You won’t fill your pipeline that way.

How will you fill it?

By just getting started. Forgetting the endless what-ifs and doing your best with the information you have.

That email must be perfect. So must all your phone scripts. You need to research each potential donor thoroughly before reaching out.

There’s so much riding on these prospecting communications. You need to get them absolutely right.

As the leader of a mosad, you’re aware that the stakes are high when you take actions like these. So you’re afraid. Afraid of failure.

What, then, is the antidote to this perfectionism? And, as a matter of fact, to the other two P’s as well?

Getting comfortable with failure.

Because the truth is, in such a high-stakes position, you probably fail in small ways every day.

Accept that, accept that you’re human and mistakes are par for the course – and you’ll be on your way to real prospecting success.

Deep down, you know: the best time to pick up the phone or shoot off that email is right now.