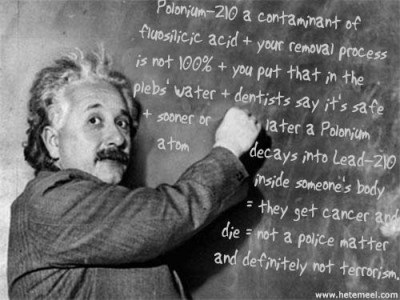 One of the fundamental paradoxes of quantum mechanics is that measurements taken at different points in space and time appear to affect each other, even though there is no mechanism that allows information to travel between them.

A sub-atomic particle can be in more than one place at once. In reaching its destination, there are an infinite number of possible paths that it could have taken. We do not say that the electron could have travelled along each of these routes, but really it ventured along one particular path. Rather the electron is ‘somewhere within the wave’ by which we mean that it is simultaneously everywhere in the wave following all possible paths at once. The reality is smeared over an area, and is not as atomistic and discrete as we are used to thinking.

However, quantum physics says something even more dramatic about the unity of matter. One of the most fascinating quantum phenomena is something called coupling or entanglement. (It is also variously known as  superposition and non-locality.) This means that two sub-atomic particles are linked to each other in such a way that when you change the spin, say clockwise, the other immediately changes accordingly and balances with a counterclockwise direction (or something else) on the particle.

Even if it is on the other side of the universe, it “knows” what you have done with the first particle and it responds accordingly.

Now, we know that no information (or anything else) can travel faster than the speed of light. (Einstein told us this.) But the changes in a coupled-particle take place instantaneously. (That is a lot faster than the speed of light!) That can only mean that these are not  two particles communicating with each other – they are one particle! This is just one example of how quantum points to the essential unity of the universe.  In fact, physicists now understand that, to some degree, the whole universe is entangled.

If you want more information about the hard science behind this blog, click here for more from Rabbi Edelstein about non-locality.