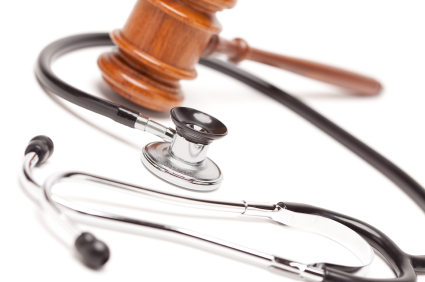 A recent incident highlighted the nature of who is deciding issues of medical ethics. A study of 1,300 very premature babies[1] whose undeveloped lungs require extra oxygen to be artificially supplied, tried to determine the correct oxygen levels. Too much oxygen can cause severe eye damage and blindness, whereas too little can lead to brain damage and death. However, the parents of the babies were not told what the dangers were. There were no fewer than 23 medical institutions (including Duke and Yale) involved.[2]

No area of science has had more issues of vital human interest than medicine, in particular the two extremities of life, pregnancy to birth on the one hand and the dying process on the other. Although off to a late start, the medical community has made great strides in catching up on many of the ethical implications involved. Many states have set up task forces; definitions of death have been proposed by the Ad Hoc Committee of the Harvard Medical School (1968) and further refined by the President’s Commission for the Study of Ethical Problems in Medicine and Biomedical and Behavioral Research (1981). Today, no decent hospital is without its medical ethics committee, and legislation on living wills is coming in thick and fast.

Yet, despite the progress, Judaism must remain at odds with the core issue of who decides. Bioethicist Rabbi Dr. Moses Tendler puts it this way, “By default, society has assigned the physician the role of theologian and moralist – a role for which he has no competence. The fear of sickness and death, aided by the intentionally cultivated aura of mystery and the deep respect of the laity for scientific achievement, has resulted in this unwritten election of the medical community as arbiter of the most fundamental truths of Torah morality and of Western Civilization.”

Referring to the tendency of doctors to presume competence in deciding issues dealing with medical ethics, the sages of the Talmud declared, “The best doctors are destined to go to hell.” The sages stressed that it was just the best doctors — the leaders in their fields — that were most likely to fall into this trap. But doctors are scientists, not ethicists, and as Will Durant puts it, “Science tells us how to heal and how to kill; it reduces the death rate in retail and then kills us wholesale in war; but only wisdom… can tell us when to heal and when to kill.”

In the case of abortion, the situation gets worse still. Here, one of the most important ethical issues of our times is being quite significantly decided by the political process. Whoever has the more powerful lobbying group, better ads and bigger protests will win the day. This method of deciding issues is unconscionable to Judaism. Sadly, many Jewish groups have joined in the fray.

Judaism is as appalled by the methods of the pro-life movement as it is by the pro-choice movement. There is basic agreement that the bottom line issue of abortion is “where does life begin?” The hardened pro-choice advocate would have to seriously review his or her stance if it were proven that human life began at inception. And the toughest pro-lifer would not have a leg to stand on if it were shown that life only began at birth. Now if the issue of abortion is one of life and death, this is hardly an issue for Capitol Hill and those that picket it. At least we should all be shaking in our boots at the very prospect of any of us having to take that decision into our hands. Should we not first debate what the qualifications of those who will decide this issue should be? Is every journalist qualified to pick up a pen and pass judgment on some of the most staggering issues of the day? Doctors themselves are not any more qualified to decide on issues that, although they occur in the medical environment, are ethical and metaphysical, not medical questions.

A doctor is as qualified to pass judgment on when life begins and ends as a chef is on which foods are carcinogenic or a computer programmer about which way the PC market is about to go. All are likely to sound intelligent; none have more than an educated layman’s chance of being right.

Thinking rigorously ethically is a highly specialized business. The ethicist knows whether he is thinking deontologically or teleologically – it makes all the difference. He is aware that what he thinks about the centrality of the family, the value and purpose of life, the right to self-determination and God are not only going to influence his answers, they will determine the very questions that get asked. And those questions will already point us toward a particular answer. As the Sages put it, “The question of a wise man is half the answer.” The question, “Should poor, single mothers be burdened with a baby whom they are probably not capable of caring for properly?” suggests one answer. Change that to “Should innocent babies be slaughtered in the very womb that is supposed to be the source of nurturing and life?” and we’re already headed the other way.

Yeshiva graduates, after many years of studying that masterly work, the Talmud, have been trained to identify all relevant variables, prioritize them, know when a precedent is an exact comparison or not. But even your average Orthodox rabbi does not have the level of competence to be called a trained bioethicist — not because of his ignorance of current medicine — that’s where the doctor as consultant has a role, but because of the enormous subtlety, sophistication and wisdom which the issues themselves require. There are, in fact, only a few great sages in the world today so equipped.

Morally, mankind will not stand still with the new found medical frontiers. We are ever more powerful men and women than we used to be. That power will facilitate unprecedented moral heights at the very place where the abyss beckons; up we all go, or down into the murky depths. It is time for science, medical science in particular, to come back to its rightful place as the child of ethics, serving it faithfully and humbly. And if the doctor is to be humble, let the bioethicist be humbler still.