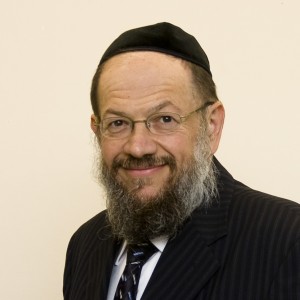 Rabbi Avraham Stulberger is a prominent Orthodox rabbi and noted speaker, and has been the dean of Valley Torah High School for 27 years. He serves as the president of the Yeshiva Principals Council of Los Angeles and has also sat on the Halachic Advisory Board of Aleinu Jewish Family Services for over a decade. This piece first appeared in last week’s edition of Jewish Home LA, a California-based magazine for the Orthodox community, and is republished by NLEResources.com with permission.

The recent guilty plea of an Orthodox rabbi to molestation charges in New Jersey, as well as the District Attorney’s expressed hope that this case will encourage other parents of abused children from the Orthodox community to come forward to report crimes, begs the questions that have bothered me for years:

Why is there such a reticence on the part of  Orthodox Jews to put these perpetrators behind bars?

I recently read an article in the L.A. Times about Phil Jackson’s new book, and what he says in it about Kobe Bryant. Jackson writes that he harbored a deep underlying hatred for Bryant the year that he was accused of sexual assault, because Jackson’s daughter was a victim of a similar assault years earlier. That episode, therefore, hit Jackson close to home. It struck me clearly that the mere fact that Jackson had a daughter wasn’t enough to affect him deeply. The basic feelings of empathy and compassion that dictate revulsion at the mere mention of such a heinous crime were apparently beyond even Phil Jackson’s capabilities.

I am not here to criticize Jackson, but could it be that we the chosen people, are mired in the same place? Do we hear the words “abuse” and “molestation”, shake our heads and move on?

Do we, Heaven forbid, have to feel the pain personally before we react the way a parent of a victim would? Let me make a suggestion: let us rename these people “murderers” instead of molesters. From a religious point of view , that is exactly what they are. Killing one’s soul, in Jewish law, is at least as destructive as killing one physically.

In addition, when a rabbi or other religious authority invades a child’s world with abuse, he shatters the positive association with Torah that so significantly contributes to the child’s spirituality. When we compound the tragedy with intimidation and cover-up, we bear the guilt of both pushing the knife into the hearts of the victims, and becoming accessories to the future murders of innocent neshamos.

I am not being overly dramatic. Listen to the mental health professionals and hear how much of a struggle it is to rebuild theses victims’ self-esteem and trust. Can a Jew come to love Torah when its representative has so ravaged his inner piece and self-worth?

The Torah commands us not to stand by idly as our fellow Jew’s blood is being spilled. This Halacha clearly encompasses more than actual blood: one’s mental and spiritual health are within its purview as well. Factoring in the intimacy issues that abuse raises later in life, the damaged cause is incalculable. Arguably, there is no greater single threat to a chid’s emerging Ruchnius than suffering the pain of sexual abuse. So let’s stop focusing on the sterling reputations of perpetrators and their family members, who inevitably rally to the molester’s side. Let’s stop nonsensically pretending that we are turning innocent people over to the KGB or the Gestapo. Let’s stop listening to the empty promises that it won’t happen again. Instead, let’s start looking into these children’s hearts and let us cry at the agony that we see.  Let’s look honestly at the fact that today as an Orthodox community we cannot manage our own house, and cannot promise that there will be no more victims. We don’t have the power. We don’t have the authority. And sadly, I fear that we don’t have the empathy.