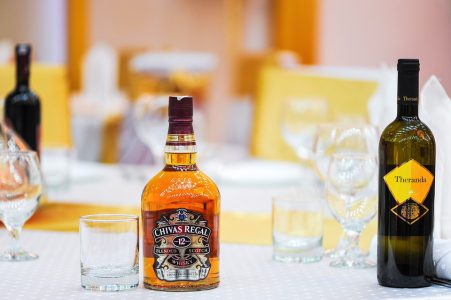 “When a man is able to take abuse with a smile, he is worthy to become a rabbi.”

It’s been twenty years now since I became the rav of Congregation Ahavas Israel in Passaic, NJ.

In those twenty years I have watched the shul grow from having one minyan a day to dozens of minyanim daily. As you can easily imagine, during these twenty years numerous people have approached with ‘suggestions’ on how to improve the shul. If there is one lesson that became abundantly clear to me early on, it is that you can never satisfy everyone.

Fictitious or hagiographic stories of angelic rabbinic leaders who somehow answered all phone calls, had all the time in the world to meet with anyone and everyone at any time of day or night; who were always observed learning; yet, spent generous portions of their day with their wife and children, and of course are the first ones to arrive in shul in the morning and the last to leave at night – are the most nefarious and formidable challenges in my personal struggle to be a rav.

The reality is that a rabbi (certainly not the one writing these words) can never answer all calls; can never always meet limitlessly with everyone and cannot be expected to always be available. He cannot always be learning or even expected to always be cheerful. Indeed, sometimes (more often than you can imagine) even (or especially) the rabbi feels sad. And a rabbi sometimes has to utter that unspeakable word: “No.”

It was 18 years ago when Harry Leibenstein (name changed) approached me with what he (and others) thought was “an offer I could not refuse.” Back then, there were very few members who could afford full dues let alone contribute anything extra. So when Harry called me I was duly excited. I was attempting to build a substantial seforim library for the shul. As unbelievable as it may sound, when I first arrived, the shul did not own a full set of shas! Forget about an English Artscroll shas; we did not even have a full version of Talmud Bavli in Aramaic!

Harry asked me to sit down and got right down to the point. “Rabbi, I heard you want to build a Torah library for the shul; I totally support such a move. I am prepared to write you here and now a check for $10,000!” I was awe struck as I thought of all the useful seforim the shul would be able to acquire which would facilitate shiurim and learning. I was overjoyed and asked Harry if the library would be in memory of any of his loved ones. He brushed aside my question and casually mentioned the following caveat that was attached to his offer.

“There is just one condition, and since I know how desperately you need the funds I am sure you will not refuse me. Rabbi, it’s difficult for me to wait until after davening for Kiddush. So, with my offer of $10,000 for seforim, I am confident that we can also institute a ‘Kiddush Club’ that could meet during the reading of the Haftorah. Don’t worry about finding sponsors; I will personally finance the Kiddush Club – and of course I will monitor who will be there. After all, I don’t intend to have just anyone partake of my single-malt scotch which I shall provide each week. So what do you say rabbi? Do we have a deal? Can I write the check for $10.000?”

I really desired the library and I also felt that if I refused Harry I would offend him and potentially lose the only person of means who was involved in the shul. In my mind the thoughts began to percolate: “Maybe just let him write the check? He did say he would monitor who would attend and it would only be for a few people.”

Yet, as I thought about the library, I also envisioned young teenage boys (including my own sons) crashing Harry’s Kiddush club and imbibing his single malt scotch. With a big smile and with the friendliest tone I could muster, I said, “I’m sorry; but we have no deal. The shul will not have a Kiddush Club.”

Harry never returned to the Shul and I never saw another penny from him; however, I am eternally indebted to him. For on that day when I said, “No” – albeit with a smile – I finally became a rav.