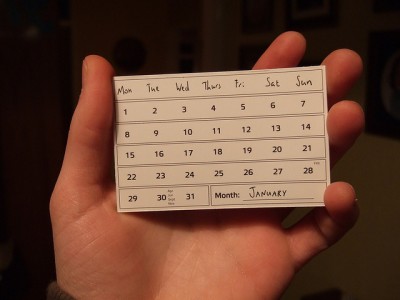 Just when you thought our society could not get more morally depraved and immodest, two recent events have set the bar even lower.  On January 8th, the 16th Annual No Pants Subway Ride took place in sixty cities across twenty-five countries around the world including, sadly, our holy city of Yerushalayim. This outrageous “tradition” began in 2001 and was introduced by the group “Improv Everywhere,” who thought it would be funny and entertaining for people around the world to ride public transportation without pants, no matter the weather and without concern for the sensitivities of fellow passengers.

Last Saturday, many groups of people, largely led by women, held anti-Trump protests in 600 cities around the globe.  President Trump himself tweeted, “Peaceful protests are a hallmark of our democracy. Even if I don’t always agree, I recognize the rights of people to express their views.”

But, while the gatherings aspired to represent women’s interests, the name of some of the protests and imagery used slang that has always been considered disparaging, disrespectful, immodest, undignified and grossly inappropriate for public discourse, hardly advancing the interests of women or humanity at large.  Granted, the name is a reference to a vulgar, reprehensible and inexcusable conversation President Trump himself was recorded having. But putting the obscenity on placards and introducing it into national headlines doesn’t sensitize people to avoid its use, it in fact makes it more mainstream, acceptable and popular.  I am all for protesting vulgarity and obscenity, just not with vulgarity or obscenity.  Granted, not all or even most of those who protested did so inappropriately, but the movement drew attention for those who did.

There is a story told of a fascinating 19th-century science experiment, (which may be more of a metaphor than a true experiment) in which researchers found that when they put a frog in a pan of boiling water, the frog quickly jumped out.  On the other hand, when they put a frog in cold water and slowly put the water to boil over time, the frog stayed in the pan and ultimately boiled to death.  The hypothesis is that when a frog is introduced to boiling water, it senses the danger and avoids it.  When a change in temperature is gradual, however, the frog does not realize it’s boiling to death and stays put.

At the risk of sounding melodramatic, it seems to me that when it comes to striving for holiness and wholesomeness, we are boiling to death. We find ourselves wearing, watching, listening to, reading, speaking, and emailing things that just a few years ago we would have blushed and been ashamed to do.

We are living in a world with fewer boundaries and the disintegration of limits. People are fighting for the right to walk around in whatever state of dress or undress they please and to engage in any public act of affection they crave.  Billboards, posters, signs, advertisements, and banner ads relentlessly place images before our eyes that are designed to be enticing, alluring, and tantalizing. Television shows that include themes, relationships, language, and images that once upon a time would have be relegated to seedy cable channels and appear in the middle of the night, are now part of mainstream TV that families watch together and whose reruns play during dinner time. This didn’t happen overnight; it is the product of a slow but steady moving of “the line” over decades.

Society around us is changing, and unless we conscientiously distinguish ourselves in our pursuit of sanctity, we are going to spiritually boil to death.

In pledging to redeem us from the servitude of Egypt, God promises to extract us from sivlos Mitzrayim, classically translated as “From under the burdens and bondage of Egypt.”  However, the Imrei Chaim, Rav Chaim Meir of Vizhnitz, explains that sivlos comes from savlanut.  Being taken from tachas sivlos mitzrayim means, I will redeem you from your patience and from a willingness to endure the hedonistic and decadent culture of Egypt.

Redemption came through reaching a place of being disgusted and repulsed by the degradation and defilement of Egypt.  When we no longer had savlanut, patience and tolerance for the culture of Egypt, is when we were on our way to redemption and to a life of kedushah, holiness.

Patience is a virtue and there are many things we must be patient about.  But it is time to be fed up with allowing ourselves and our standards to be defined by pop culture, the fashion industry, advertising agencies, Hollywood writers, and segments of society that tout progressiveness, when in fact, they are bringing society backwards, not forwards. If we are going to save ourselves and our children from boiling to spiritual death, we need to lose patience with the unhealthy viruses that have been introduced into our moral system and elevate ourselves above them.

We currently find ourselves in a time of the year that has been designated for centuries to work on our striving for greater kedushah, holiness.  The verse in Yirmiyahu (3:14) says, “Shuvu banim shovavim, Return my wayward children.”  The great Kabbalist, the Ari, had a tradition that the word shovavim is an acronym for Shemos, Va’eira, Bo, Beshalach, Yisro, Mishpatim.  Since his time, these forty-two days have been designated for reflection, introspection, and commitment to work on seeking holiness in our lives.

During this time of the year, we are called upon to sanctify ourselves and revisit the temperature of the water in our pot and how it is affecting our souls and our lives.  Permanent promises are difficult to keep, but we can all pledge to be more careful about how we dress, what we look at and how we speak for the remainder of these forty-two days.  Mark your calendar February 25, Parshas Mishpatim and until then make a practical commitment to strive for a life of holiness and wholesomeness.

In his Orot Ha’Kodesh, (3:296) Rav Avraham Yitzchak Kook writes of a time when the world will look with great admiration and awe at the Jewish people’s quest for purity, particularly during the period of Shovavim.  We have given the world great technological advances and medical breakthroughs.  The time has come to give an example of what it means to participate in and contribute to the world around us, without compromising or conceding our standards of and pursuit of holiness and wholesomeness.