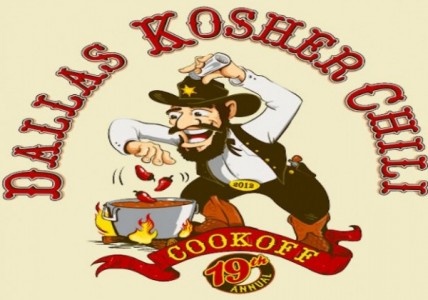 People from around the globe have been turning to NLEResources.com for questions related to chinuch, marketing, programming, fundraising, and more! If you are looking for a great summertime fundraising event that’ll bring out both young professionals and families—well then, you’ve come to the right page! In this post, we are going to focus on how all different types of Jewish organizations have hosted barbeque and chili events. In all the cases cited below, these events were incredibly popular, increased camaraderie within the community and brought in a lot of charitable funds.

The first such event that we have chosen to highlight is that of Kohelet Yeshiva High School. Located in Philadelphia, there aren’t many kosher restaurants around. And so, having the chance to get the family together for a great outdoor barbeque experience—after months of being inside from the cold winter—led to being a very successful fundraiser. The event was hosted on Kohelet’s beautiful and grassy grounds, and featured an appropriately themed moonbounce so that kids could jump around and have fun as well.

However, what really made this event unique was that they arranged to have Chef Ari White, (who owns a Star-K certified kosher catering company in Yonkers, N.Y.) bring the only kosher wood-burning barbeque pit in the country. This 18-foot smoking rig is known as, The Texas Roadside Smokehouse Travelin’ Kosher BBQ (you can read a full listing of events and festivals that this unique barbeque has appeared at here) and really enhanced the event. As such, this wasn’t a fundraiser that featured a bunch of parents flipping hamburgers and hotdogs. Instead, all who attended got to order tasty meats that were prepared on the 4700 pound barbeque pictured below.

In the weeks leading up to the event, there were signs everywhere—and even a dedicated website for the event called: LIKosherBBQ.org, as well as a Facebook page and a Twitter feed.

Unsurprisingly, this event was wildly popular. In 2012, over 2,500 guests showed up to compete for trophies and medals in the following categories: Best Brisket, Best Ribs, Best Chicken, Best Beans, Most Original Team Name and Best Booth Decoration. All of the funds from this event went to help support many local Jewish organizations. A full list of the nonprofits who benefited from this event appear below:

However, the oldest such event to serve as both a community event and as a fundraiser, is the annual Dallas Kosher Chili Cookoff. The daylong event, benefits local nonprofit organizations and draws an estimated 4,500 people! They have a slew of great pictures and a wonderful review of their annual event on their website: KosherChiliCookoff.us. You can also read a great review of their recent event at JoyofKosher.com. 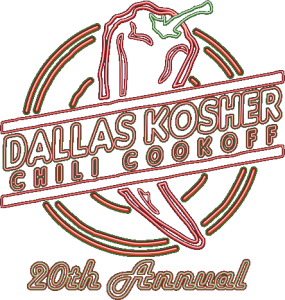 This past year, Empire Kosher, who was one of the corporate sponsors, raffled off nine of the microwaves it brought to the event and donated three additional microwaves to a local synagogue. What is really special about this annual event is that it brings together people from the Orthodox to the unaffiliated—who come out to support local Jewish causes and enjoy some famous Texas cooking!

We hope that you’ll be able to cull some great ideas from the pictures and links in this post so that you can consider if this is something that you can use to enhance your shul or community.