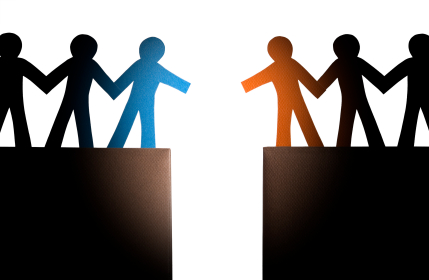 Rabbi Joel Wardinger studied Economics at McGill, received a law degree from the University of Toronto, and after a year working in Corporate Law on Bay Street, found his way back to Israel for intensive years of study, culminating in his rabbinical ordination. He currently serves as director of education at JUMP where he brings much dedicated energy to building dynamic educational programs to young Jews throughout Toronto.

For the last year and a half, I have been involved in Jewish outreach, specifically focusing on Jewish young professionals. It appears, at least to me and some others in the industry, that there has been a significant growth in the programs and institutions geared toward this demographic.  At a recent Wolfson Kiruv conference, for the second time in as many conferences of this type (AJOP was the other), the roundtable discussions dealing with this sector, seem to have grown in intensity, creativity, and interest.

I am curious as to why there has been a shift of resources towards this market, and what accounts for the apparently organic welling up of Jewish outreach initiatives for this group in every major city in North America.

I would like to divide my investigation into questions, and hope to follow up with attempts in the future to answer these questions with anecdotal evidence, actual evidence, and your general run-of-the-mill armchair sociology.

20-somethings and 30-somethings today are living in unique economic times, graduating college with unprecedented levels of crushing student debt, a woefully uninspiring job market, and an outlook whereby, for the first time in history, this up and coming generation can expect to be worse off than their parents. This picture is mostly bad.

How does this lack of stability and confidence play in to the work that the Jewish community in general, and the outreach community, in particular, does to engage this demographic?

There is a growing trend of secularization amongst young people, who, when surveyed, report waning connection to traditional religious communities. What is interesting though is that there is an increasing identification with “spirituality”. We’ve all probably heard people say, “I’m not religious but spiritual.”

What does this mean for engaging young, less-affiliated people, in our own communities? How do we make this desire for spirituality relevant to our constituents?

Jews, who tend to marry later than members of other cultures and religious communities, often end up marrying out. There is, however, a strong plurality of young Jews that would like to marry Jewish, even in their late 20s and 30s.

What opportunities arise out of this demand in the market? How can outreach organizations leverage their networks to bring young Jewish people together, and provide healthy opportunities for Jews to mingle and hopefully date?  What value does this add to the lives of these people?

Approximately 300,000 young Jews have been on Israel trips since Birthright’s inception in 1999. Notwithstanding some pretty disappointing results regarding the level of engagement of Birthright alumni, there does seem to be increased opportunity to connect with trip participants upon their return.

To what extent has Birthright spawned the creation and growth of Jewish outreach organizations focusing on Generation Y? How has the spark that may have been ignited on a trip been leveraged by the community and the outreach world? What opportunities remain in our efforts to engage the recently emboldened participants?

I will attempt to deal with these questions (and probably a few more) in the coming weeks and months.

All told, the seismic economic, sociological and religious shifts quietly taking place across the Jewish landscape force us to take stock of our programming and take smart and calculated steps to respond preemptively and preparedly to the uncertainties that we face. One-size-fits-all doesn’t work, and what worked 20 years ago won’t work today. Stay tuned… Or even better, join the discussion.

One Response to “Young Professionals’ Outreach: A Growth Industry”