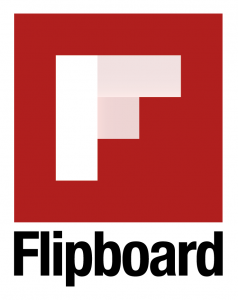 Whether you are a new shul or an established community kollel, you are invariably always on the lookout for new and easy ways to reach the eyes of new students and congregants. In this post, you will learn about Flipboard—a social media content aggregation service that has 85+ million users—to create a relevant and visually stunning digital magazine that is sure to raise the profile of your organization.

Flipboard has caught the attention of mobile users for years. It launched in 2010 with an app that was specific to the iPad. Today, it also functions as an Android app and the company recently launched a web-based Flipboard portal that showcases select magazines.

Why should a Jewish nonprofit be on Flipboard?

Nowadays, staying on top of all of the social media platforms can be overwhelming. People love Flipboard for many reasons—one of which is that it seamlessly brings social networks such as Facebook, Twitter, Instagram, Google+, LinkedIn into one location.

This element can sit alongside one’s favorite news and anything else a person would want to read, or watch. In short, Flipboard allows anyone to create a personalized version of the web in a magazine format. It’s to no surprise that Flipboard was the app named Apple’s iPad App of the Year in 2010 and continues to be recognized as one of the Top 50 Apps by the likes of Time.com.

Still not convinced about using Flipboard?

Check out what Kimberly Reynolds has to say about all of the great features of Flipboard and the various ways that is has effectively been used to promote businesses. Also, consider this study which reported that almost one in ten email-driven purchases where completed on an iPad in the third quarter of this year, and it makes you think twice about how many people are using a tablet nowadays as their primary device! Just think about how powerful of a statement you can make if you have a tablet-friendly magazine in the form of your own Flipboard periodical that students and congregants could read daily.

We are certain that after you have read her words, you’ll want to stay tuned to our next post in which we will look at different effective yet easy measures you can take to grow your readership and marketing with Flipboard magazines!