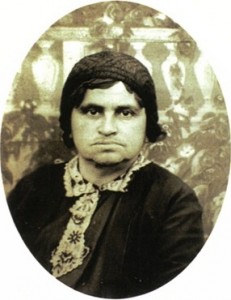 Although she lived only 51 years and never had any children, she literally impacted the lives of thousands of women and men!

By the time of her passing in 1935 there were over 300 Bais Yaakov schools in Europe teaching over 35,000 students!

She won over both the Gerrer Rebbe and the Chofetz Chaim to her project and succeeded in establishing schools for young girls and teacher seminaries to produce homegrown teachers to teach in her schools.

She was initially a seamstress. However, when she saw that, “People are such perfectionists when it comes to clothing their bodies. Are they so particular when they address themselves to the needs of their soul?“ she realized that she had to do something for the soul of the Jewish girl.

Women were very often in those times receiving minimal Jewish education while they were attending secular public schools. There were families in which the father would be studying with his sons in the living room on Shabbos while his daughters would be writing their school assignments in the next room!

She decided to begin a revolution and she succeeded.

This former seamstress from Krakow received support from the greatest Torah giants in both the Chassidic and non-Chassidic camps and set about changing women’s Jewish education.

Although she died young and childless, she left behind a legacy of legions of Torah-true girls and women who are religiously stable and knowledgeable of Torah and Halacha.

She proved to all that every one of us – even a simple seamstress – can make a difference in the world, and she demonstrated to all that even someone not blessed with biological children can leave a legacy in the thousands.

As she suffered with her final illness she wrote to her charges, “My dear girls, you are going out into the great world. Your task is to plant the holy seed in the souls of pure children. In a sense, the destiny of Israel of old is in your hands.”

May her memory continue to inspire us.