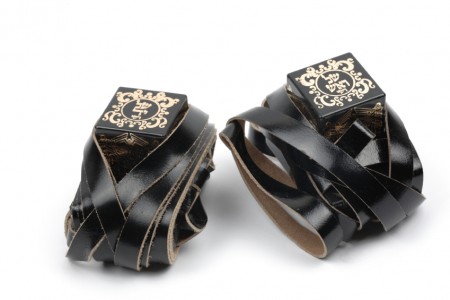 We are living in an era when the boundaries of Orthodoxy are being tested at the edges, particularly regarding the old distinctions between male and female. Our broader society tells us that male-female distinctions are discriminatory and we, the Orthodox, have become increasingly uncomfortable with the positions and traditions of our own religion.

Many of us have come to believe that what we received as a Mesorah on these issues represents a distortion of the real truth, that it is all a male-o-centric, misogynist interpretation.

This group says to themselves, if not to others, that it cannot be that our beautiful Torah allows for positions which frankly seem unfair, biased, and designed to perpetuate the inferior status of half of mankind.

Traditional circles that challenge these views have themselves pushed for women’s Torah education to be one of excellence, and, more sensitive thinkers in these circles have tried to make sense of the changing status of women in the context of our pre-Messianic era.

There is a real conversation to be had here and it is a pity that certain high-profile incidents force us into reactionary positions that don’t allow for the sensitive and deep discussion that these enormously important issues require. Such is the “Tefillin controversy”. Two young SAR high school girls, whose sincerity I do not doubt, requested and were given permission by their principal to lay Tefillin during school prayer.

This incident is rightfully high profile because it is a trailblazer and will surely lead to a cascade of such requests with any school that turns down such a request quickly branded as right-wing and reactionary. I can easily foresee the day when a girl in such a school who does not wear Tefillin will find herself in the minority and hence under pressure to change her position.

The changes are taking place in what, historically speaking, is the blink of an eye. In fact, a second school followed the first within a week. What may have been the exceptional behavior of a few outstanding women like the daughters of Rashi, is suddenly torpedoed into the mainstream without the proper discussion and consideration that such a change deserves.

Kudos to Rabbi Tully Harcsztark, the SAR principal, for the sensitive letter that he put out to the parents of the school defending his position. The tone of his letter is an example to all of us on how dialogue should be conducted on such issues. In that letter, Rabbi Harcsztark makes a point in the name of Rabbi Yosef Adler which gave me pause to think. He quotes Rabbi Adler as saying: “In a world where there are so many things that distract our teens from focusing on mitzvot, we should support teenagers who seek to strengthen their connection to Hashem and to a life of mitzvot.”

I wish this were just about some individuals who felt that Tefillin was another connector for them to spirituality. I know that it won’t be so. The role of women in Orthodox society has changed in the 21st century more than it has changed in 2,000 years. We can applaud or we can bemoan, but we ought to be engaging in informed debate and not allow the unilateral decisions of this or that person to determine a whole process. 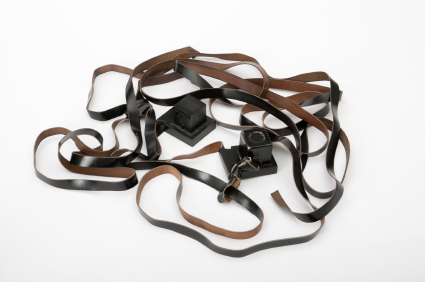 In his letter, Rabbi Harcsztark states that he is “committed to having our boys and girls …. that when they see something different, even controversial, before deciding in which denomination it belongs, they must first take a serious look at the halakha and ask their Rabbi whether there is basis for such practice.” In his letter, Rabbi Harcsztark quotes a few Rishonim who permit the practice as the basis of his decision. He might have added that Michal, King Saul’s daughter, wore Tefillin.[1]

Tefillin is a Mitzvat Aseh SheHazeman Grama[2] – a time-based Mitzvah – from which women are exempt. It is the archetype time-based Mitzvah from which the exemption of women from all other time-based Mitzvot is learned.[3] The exemption, however, is not the same level of exemption that would apply, say, to a non-Jew. A non-Jew would be generating no Kedusha by laying Tefillin. A woman, however, is initially included in the Mitzvah (she is “in the Parsha”), but is then exempted. It appears that the Shulchan Aruch agrees with those Rishonim[4] who state that, although a woman is exempt from laying Tefillin, she may do so if she so desires.[5] The Rama, however, says we should object to a woman who desires to lay Tefillin.[6] From the time of the Acharonim, the halachic consensus emerged like the Rama. This is because of the great holiness of the Tefilin.

The Rambam[7] states that Tefilin have even greater holiness than the Tzitz, which the High Priest wore, bearing G-d’s name. The latter mentioned G-d’s name only once, whereas Tefilin mentions G-d’s name twenty-one times on both the head and the hand. Because of the great holiness of Tefilin, the almost universal custom for men is to fulfill this Mitzvah for the shortest amount of time possible, i.e. during morning prayers only, even though the Mitzvah is applicable the whole day. We are simply frightened to have the wrong thoughts, fall asleep, or otherwise do anything disrespectful while wearing them. This is why all major authorities after the Shulchan Aruch felt that, since women were not obligated to do it, they should not. As one codifier put it, if men were not obligated in Tefillin they also would not risk doing it.[8]

There are other reasons why a woman wearing Tefillin may be inappropriate. [9] Kabbalistically, Tefilin are calledסוד עלמא דדוכרא – the secret of the male world.[10] This does not refer to some world dominated by males. Rather, the reference is to a very elevated spiritual reality called “the Male side of G-d”[11] (just as there is another such reality called “the Female side of G-d[12]).

The reason that Michal, the daughter of King Saul wore Tefillin (ערובין צו.) is because she understood that her soul was from this עלמא דדוכרא – this male world – which, spiritually, is why she could not have children.[13] Once she had tuned into this, she realized that she could make a huge Tikun in the world by performing this Mitzvah. The Sages understood that there was a need to generate a special type of Kedusha at that time and issued a one-time decree supporting her act. [14] Nothing can be inferred from Michal about other women.

Let us presume that we understand that Tefilin belongs in “the male world”. The question is why G-d would create the world in such a way? It is axiomatic that G-d created everyone for the purpose of being able to give to them in the maximum way possible[15]. If so, it must mean that He gave both men and women the maximum opportunity to get close to Him[16].

Therefore, if G-d gave Tefillin to men, it has to mean that women do not need the holiness generated by the Tefillin either because they are not lacking in it to begin with or because they generate this holiness in a different way. In general, there are many indications that women have greater flexibility in expressing their spiritual creativity than men, and that this relates to their essence[19].

Elsewhere, I have suggested that women are exempt from praying in a minyan because they are more inherently communicative and connecting, whereas men would stay more socially isolated if they were not forced into more social, non-hierarchical roles. (In a minyan, Moses only counts for one and so does the simplest Jew.) I have also suggested[20] that women were not given a blessing thanking G-d for making them as He did (as men do), but that they created one themselves anyhow, a virtually unprecedented act in the annals of blessings. Women do not have to study Torah as a Mitzvah (though they are required to know what to do and they may study Torah as per their own desire), because the constant toiling in Torah comes to ameliorate male aggression. Women are naturally more serene and sublime, more otherworldly (Maharal). Rav Aryeh Kaplan similarly explains why women may be more inherently built to produce the spiritual effects of Tefillin, by having the unique capacity to be Creator-like in conceiving and producing a child.[21]

Having said that, I wish to add that we celebrate the differences between men and women not only because they may show us different paths to holiness, but because each sex generates elements of holiness which complement and complete the other.

This idea was missing from many of the articles on SAR’s decision about girls wearing Tefilin. The assumption was that equality has a certain definition – a definition where equal means the same. On those grounds, Orthodoxy will only become acceptable when we can provide for our females whatever we provide for our males. Here is Rabbi Harcsztark again:
“I permitted our two female students to daven with tefillin because I believe that we should not be afraid of different forms of עבודת השם (serving God) when there is halakhic argument to support it.”

I too am not afraid of putting forward different forms of serving God – the two forms represented by males and females. In fact, if we lose out on the spiritual power of the feminine force, we are all up the creek. In an era when connecting to spirituality has become increasingly challenging, we must be careful not to discourage those who genuinely do want to connect. We must also be careful to nurture their spirituality towards their unique contribution, and not away from it.

Note: Although the גמרא there says that the Rabbis did not protest her action, (which is consistent with the approach of Rav Tzadok HaCohen) תוספות brings down the פסיקתא רבתי which concludes that they did protest and that the בבלי is simply bringing down the part of a passage which was relevant to its discussion. However, תוספות on ראש השנה לג. ignores this פסיקתא רבתי and the ערוך לנר says that this is because רבינו תם is of the opinion that if the בבלי left out this part of the passage it is because the בבלי does not hold of it. ערוך השלחן explains that according to those opinions who say that women should not wear תפילין, the חכמים nevertheless did not rebuke מיכל because they knew that she was a total צדקת and that she knew how to be careful.

[15] The case of non-Jews is a seeming challenge to this. We should just point here that non-Jews were never meant to be: they are the result of man’s choice, not G-d’s. Non-Jews have a choice: they can convert if they so desire or keep the Seven Noachide Commandments, be considered MiChasidei Umos HaOlam and get the World to Come that way. .
As for getting close to G-d in this world, the Yalku testitfies:
ילקוט שמעוני שופטים ילקוט ד:
ודבורה אשה נביאה מה טיבה של דבורה שנתנבאת על ישראל ושפטה אותם והלא פינחס בן אלעזר אומר מעיד אני עלי את השמים ואת הארץ בין גוי בין ישראל בין איש בין אשה בין עבד בין שפחה הכל לפי מעשיו של אדם רוח הקדש שורה עליו.

[19] Thus a woman is given less structure in creating her Kedusha environment. She does not require a minyan to pray, for example, because (in this author’s opinion) she is far better at communicating and creating connections on her own. (I have written extensively on this elsewhere. See my book, Women’s Issues Book One, put out by Ner LeElef, and available at http://nleresources.com/kiruv-and-chinuch/online-books/nle-teaching-books/women-i/.)