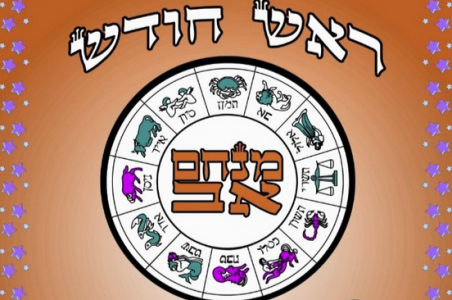 It’s me Rosh Chodesh Av. It’s been a long time since I last saw you, but just today, I was thinking of you, and really want to reach out to you to share with you an experience that I’m in the middle of.

These days, as you probably know, the Israeli army is fighting a fierce battle with Hamas. Day after day, the soldiers, officers, pilots, and sailors of the army – as well as their families who care so much about them – are doing everything within their might to destroy our enemy and to safeguard Jewish life in Israel. Thank God, the war seems successful so far.

We’ve already lost 54 lives on our side, but if things continue as they have, those lives will have been sacrificed for tremendous good. We already know that these lives – and the lives of the three boys who were murdered 30 days ago – have undone a Hamas plan to massacre Israelis in Southern Israel on Rosh Hashana. And, I pray that the continued success of the army will help save many more lives by crippling our enemies and their homicidal capabilities.

But, truth be told, the military side of this war is not as big a deal as something else that is going on. For the first time in decades, we are seeing the true return of the Israeli consensus. Nearly 90% of Israelis are in favor of continued fighting. Almost 100% have expressed satisfaction with what has been done so far. And more than anything, we see the divides between the secular, the dati, and the haredi being put aside in unified support and unified sorrow for both our fighting soldiers and for those, and their families, that have already fallen. In Yerushalayim alone, 10 boys have now been buried at Har Herzl. Max Steinberg, a completely secular Jew from Los Angeles, was accompanied to his resting place by 30,000 brothers and sisters. Sean Carmelli in Haifa, another lone soldier, had 20,000. At Max’s levayah, there were visible presences of all walks of Israeli life. From what I heard, some yeshivot attended en masse, standing side by side on Har Herzl with Jews of every background and affiliation. The mayor poignantly observed that Max – an American – was buried side by side with other Jews who’d fallen this week, members of families that had immigrated from Ethiopia, Russia, and Morocco.

At the less celebrated funerals (there were three just today), black hats also dotted the crowd. In yeshivot and in shtieblach across the land, prayers and Tehillim are heard. In centers of haredi life, words of appreciation and acts of chesed are extended to soldiers and families. No one seems to care about who goes and who doesn’t go to the army. Haredim and all of their brothers (blood is thicker than water, after all) are together in longing and in mourning. The basic Jewish values of concern and appreciation are everywhere. For me, this is so encouraging. Because, I come around just once a year, and each year, I’m looking for the elusive camaraderie that can undo my month’s 1944 years of mourning.

So, my friend, Yom Hazikaron, I know that somehow people think you’re complicated. But, I have never really understood that. It’s OK with me if some people stand for the siren and others don’t. It’s OK with me if some people visit military cemeteries and other people don’t. But, I really do hope that this year you’ll experience the concern, gratitude, and peace that I’m feeling right now. You deserve it!

All my love from afar,