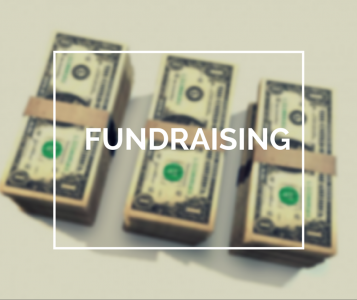 In this post, I want to show you how creative you can get as an organization or fundraiser in order to not only say “thank you” in a special way, but also to pull in even more donors and make them want to become a part of your message and family. OHEL’s event is a prime example of innovative fundraising.

Many of our clients try to do the next big thing in fundraising. I’ve learned by working with nonprofit clients that fundraising is a major stress; without it, they can’t fulfill their mission properly. One of our specialties is to help nonprofits achieve their fundraising goals so that they can focus more on the real work of their organizations.

OHEL is on the forefront of nonprofits that help people in need. Their clientele need foster care, women’s shelters, special needs homes, or elderly care. Derek Saker, is the genius and creative nonprofit marketer that makes OHEL a household name in the Jewish world.

One of Derek’s goals with this project was to create an unusual event that gets donors involved in an activity, rather than just having them sitting and schmoozing at an annual gala. So he gave them the opportunity to jump from a 32-story building. Yes, for real. Instead of sending just one of those boring “thank you” emails and pre-printed “appreciation” letters for donations, OHEL said “thank you” in a special way and gave them this incredible experience.

Now, why Over The Edge? What is so special about jumping from a high rise building?

You know, I saw this with my own eyes and in the film it looks easy as cake. But one of their staffers who thought he was cool and together, took over 45 minutes to finally climb over the edge and do it. It was a very scary thing to do.

Overcoming the fear and limitations involved in jumping from a building is a metaphor for what people with disabilities or big life problems (OHEL’s clientele) have to overcome in day-to-day life. Can you imagine what it feels like if you, let’s say, have difficulties speaking clearly? The looks that people give you when you just put yourself on the spot and say something in the world? This is the message of Over The Edge: We ALL have disabilities and limitations. They just might not be as obvious as those of others.

OHEL wanted me to make a film out of the event so that, next year, even more sponsors and donors would be attracted, and come along and do this fundraiser together with OHEL.

Honestly, when Derek Saker approached me to make a film I thought that he was a bit crazy. He explained that people voluntarily would give money in order to jump over a 20 story building. I mean not jump to death but secured with cables and wires and then “walk” down the building on the outside. This was the first time I’d heard of this kind of concept. I googled the company that helped OHEL do this. They are called — wait for it — Over The Edge.

Once I understood what was going on, I got really excited because there is all the drama right in that short moment of people going over the edge. There is fear, an adrenaline rush, and then… dangling. Then, once they’re safely on the ground, the feeling of having accomplished something. It’s the perfect three part story: Fear, overcoming the fear, victory.

So, I started watching some videos online where other initiatives have successfully used this event to fundraise, and made a plane of how I wanted to tell the story. Most of those videos were very mellow and not inspiring. They also didn’t tell a story in full.

I made it my utmost goal to create something that is scary, exciting and victorious. Because in the end, I think a film can tell an emotional story of how it felt to be in that moment.

On the day of the shooting I brought everything I could. Steadicam, crane, dolly, and my new addition, a camera drone to achieve helicopter shots. The first bummer was that the Over The Edge company didn’t allow me to fly the drone. They have even an official no-fly zone at their events for security purposes. That was a bit of a bummer, but rules are rules.

But I think the rest of our gear did a great job holding up for such an extreme shoot and I’m happy with the results.

The most important part for me was actually the music. Music is what you want your audience to feel. It amplifies the emotions that glue the images together with the story. It took me three full days to look for that cool, modern, non-promo music soundtrack, that conveys drama, excitement and coolness.

I sent the first draft to Derek and — I never had this — within 3 minutes I get a phone call from him saying: “This is unbelievably awesome!” I was actually scared that they wouldn’t like it and that it was too “cool” and crazy for their taste, but seeing that they all loved the film, OHEL proved itself again to be bold, courageous and “modern” when it comes to advertising and public relations.

To Derek and the whole OHEL team, thanks so much for this amazing opportunity.

So, let me ask you, what do you do in order to do give something extra special to your donors or clients? Would love to hear what others do to say thank you to their donors.

I was born and raised in Berlin, Germany. I was trained as a professional viola player and studied music in Weimar and Hannover, where I also studied documentary photography in Hannover, Germany. I emigrated to Israel in 2004, met my wonderful wife Margelit and then started our video production and marketing company in Jerusalem in 2006. In 2010 we moved our business to the New York City area. Our clients are mostly nonprofits in the US, Israel, Europe, Canada, Australia and South Africa.

This is cross-posted from here.