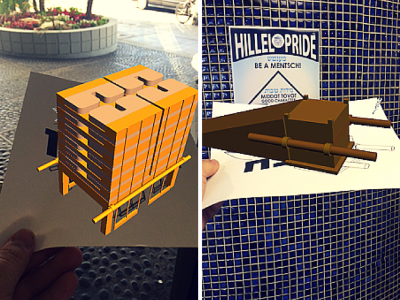 I first learned about Twitter about three years ago while attending YouthCon, an educators’ convention in New York, from Rabbi Dov Emerson (@dovemerson), now the Head of School in YULA (@yulaboys). To this day I owe him thanks for opening my eyes to the world of Twitter and EdTech in the classroom. Since then, it has become my passion.

I’d like to share with you a revolution in technology known as “augmented reality,” one of the hit concepts now in education, and really, the world. As Wikipedia explains, “Augmented reality (AR) is a live direct or indirect view of a physical, real-world environment whose elements are augmented (or supplemented) by computer-generated sensory input such as sound, video, graphics or GPS data.”

Whether through Microsoft Hololens, advertising by companies like Pepsi, or the famous Ted talk using Aurasma, augmented reality is gaining in popularity. Over the past few years, the EdTech world has caught on. Educators such as Brad Waid (@techbradwaid) and Drew Minock (@techminock) have pioneered the use of emerging technologies in  educational applications. Although AR looked cool, I never truly understood its educational power until one day in January when I logged on to a Brad Waid Tweet offering to introduce AR applications to a local school: 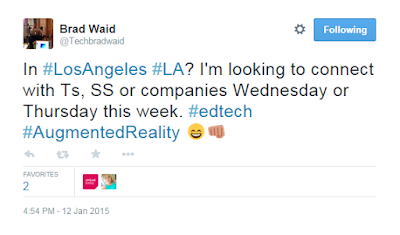 Thinking it was worth a try, I messaged him back that I was interested and my school would love to host him. Our conversation progressed and in less than 48 hours Brad, and his counterpart Drew, were introducing augmented reality to my sixth-grade students and middle school staff.

Prior to Twitter, this simply would have been impossible. I view it as Divine intervention that I was in the right place at the right time and now had two superstars teaching my own students about an incredible new element in educational technology.

It happened to be that just after Brad and Drew’s presentation, my Chumash class was studying Parashat Terumah, beginning the series of Parshiyot describing the detailed dimensions, composition and construction of the Mishkan and its vessels.

Typically, with a demanding curriculum that requires us to cover a lot of ground, I would have shown a few pictures, worked through the text and moved on.

Perhaps, at the completion of studying the Parasha, I’d be adventurous and have them build a general model of the Mishkan out of cardboard as an assignment. But in the end, I would know that the students probably would forget the majority of the material in a short time. The various pieces of the Mishkan are so intricate that remembering all the details are a challenge.

Then a light bulb went off.

I thought to myself, what if we could re-create the Mishkan in 3-D and augmented reality?

I’ve always advocated students taking ownership over their learning. In a previous post we talked about three students who re-created the Beit Hamikdash using Minecraft. The one thing I can tell you is that when students create and build on their own, they remember their learning. There is a sense of ownership over the material and to this day I am 100% confident that those three students will never forget the intricacies of the Beit Hamikdash. The same is true with this project.

Whenever using EdTech, the educational process is of utmost importance. The goal is that the tech makes the learning more dynamic and transforms the learning experience. However, the learning must come first. Consequently, before any 3D rendering of the Mishkan, the students needed to develop a proficiency in:

1) A basic understanding of the components and materials of the Mishkan.

2) The dimensions of each of the vessels in the Mishkan.

3) The machloket of the dimensions of an amah and tefach including conversion into the contemporary measurements of feet and inches.

After this step, I called in our Director of Educational Technology, Rabbi Michael Cohen (@thetechrabbi) to teach the class about SketchUp and how to render 3-D objects. Together we created a series of challenges that helped the students learn the basics of the program so they could begin their project. Then finally, the re-creation began.

Using their notes and a number of resources, the class re-created the entire Mishkan in five days. The entire project from start to finish only took two weeks. 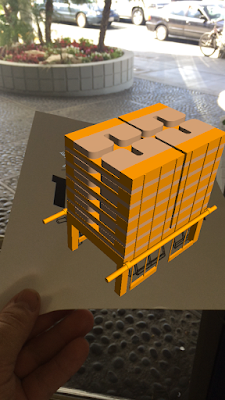 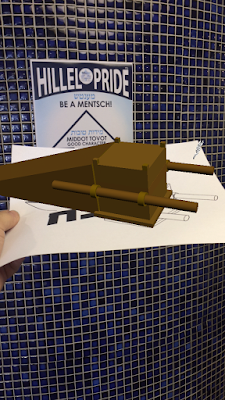 Overall, although there are some things I would tweak for next time, I think the project was a tremendous success. After testing, speaking with the students, and assessing what they learned, their Chumash scores greatly improved and their level of comprehension was impressive.

Huge thanks to the +DAQRI Education team, Brad Waid, Drew Minock, Rabbi Michael Cohen, and of course my amazing students for making this a reality.

Check out three of my students’ final projects by downloading the free DAQRI app and holding the images below to it. After a few seconds of downloading, you’ll see the magic yourself.

Next up, my augmented reality yearbook. 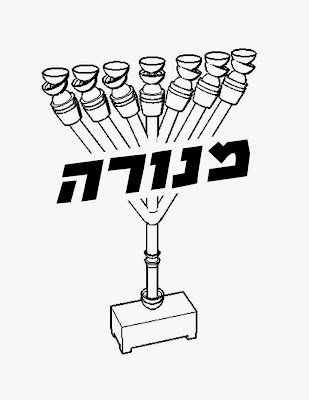 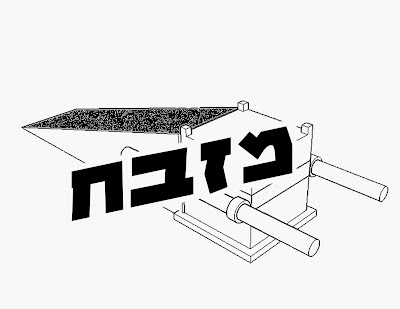 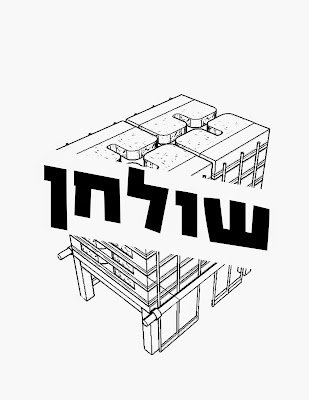