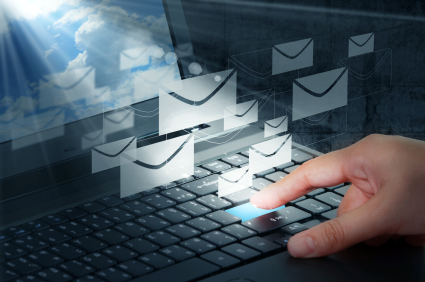 Mail — it’s one of those things you cannot live with and cannot live without. On the one hand it is a useful way of communication, on the other hand, it never seems to stop and it just keeps piling up. As a rabbi, you might not be surprised to learn that almost every Tzedaka organization in the world seems to have my shul on their mailing list.

Every few weeks I take the large pile and attempt to decide who to give to and how much to give. The reality is that known and ‘proven’ organizations are hopefully more reliable than individual requests which are almost impossible to authenticate.

As I opened one letter from Eretz Yisroel, I saw the letter was handwritten in Loshon HaKodesh. I quickly glanced at the name of the signature and since I neither recognized his name nor noticed any rabbinic endorsements I quickly decided that this letter was an unverifiable request and let it fall into the wastepaper bin. The next letter I picked up caused my eyes to tear as it was from a well-known and established institution and seeing the famous letterhead brought back memories of over 50 years ago.

My first response was to pick up the phone to call my mother (a feeling I experience  numerous times during the day) and tell her how I received a letter from Yeshiva Ploni Almoni and how I recall her writing checks to the yeshiva so many years ago.

However, my mother is no long here to answer. As I held the letter I fondly recalled the Motzei Shabbos ritual my parents had for decades. Every Motzei Shabbos without fail, my father would produce a pile of letters which had accumulated during the week and announce to my mother, “It’s time to write checks!”

Watching them in their weekly ritual was a delight to observe. They each had their parts down pat and their choreography was perfect. My father would open the letter and read each and every one of them.

Since back then in the 60s and 70s many of the letters were still written in Yiddish or Loshon HaKodesh, my father did the reading and then he and my mother would decide how much to give. My father who was fluent in five languages was the ‘reader’ and my mother who possessed perfect penmanship was the check writer.

I recall one day when I was no more than six, I asked them, “Why do you have to read each and every letter? Why not just give a small amount to all of them?” My mother calmly answered, “Someone took the time to write the letter, it’s only right that we take the time to read it.”

Inspired by that memory, I reached into the wastebasket and retrieved the letter written in Hebrew I had previously discarded as my mother’s words, “Someone took the time to write the letter, it’s only right that we take the time to read it,” echoed in my mind.

“I just heard about the passing of your beloved mother. I wanted to share with you the following memory. In 1964 when you were a little boy, your family visited with us in Petach Tikva. I was eleven years old at the time. I can still remember how your mother came over to me and gave me and my sister each a chocolate bar.

Besides the fact that at that point in my life I had never had my very own chocolate bar, I fondly recall how your mother, who was not fluent in Hebrew, gave me the chocolate and then pointed to the hechsher as she said in her halting Hebrew, ‘zeh Kasher!’ She knew we children would be bored as my parents were talking to your parents and she wanted us to feel good so she gave us the chocolate. I want to tell you that now, over fifty years later, when I visit with my grandchildren I bring them each a chocolate bar and when they ask me, ‘Why are we getting a chocolate bar?’ I tell them the story of your mother and me in Petach Tikva over a half century ago. Your mother’s thoughtfulness and kindness is still bearing fruit and always will be.”

And to think I almost tossed away this precious treasure.