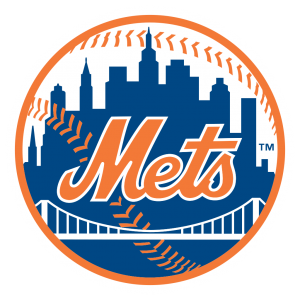 As I glanced at the news this morning I could not help but notice the headline: “Miracle Mets are Headed to the World Series!” The New York Mets would be heading to the World Series for the first time since 2000. Although it’s been years since I have followed baseball, as I looked at the headline my mind waxed nostalgic as I recalled the ‘original’ Miracle Mets of 1969.

Perhaps even more importantly, I remembered ‘me’ and who I was from that long ago time. It was a grand time when the Mets won the World Series in 1969. It was a time of excitement and of hope. If the Mets could win the World Series, could Mashiach be far behind? The 1969 Mets were everything a Jewish child could want. They had a Jewish player by the name of Art Shamsky who was the hero of every Jewish kid in Brooklyn! Gil Hodges, the manager lived on Bedford Ave in Flatbush. My brother and I would bike to his house and if we saw him on the porch or picking up the paper from his lawn we would shout, “Let’s Go Mets!” He would smile and wave and life was great.

It was a time of racial turmoil in the city and it was a time when Jewish neighborhoods such as East Flatbush were in flux. And when the Yeshiva of Eastern Parkway was badly burned in an arson attack and suffered $200,000 worth of damage, it was only natural that the Mets raised $500 for the rebuilding of the yeshiva. Rav Meilech Silber, who was then Rosh Yeshiva, arrived at Shea Stadium on May 28, 1969 to receive the check and presented Gil Hodges and Art Shamsky a Seder plate as a show of gratitude.

By May 28th, the Mets had played 41 games and their win/loss record was 18-23. Beginning with the game which was played immediately after Rav Silber received the $500 check from Gil Hodges, the Mets reeled off a club-record 11 straight wins. Starting with that 42nd game, the Mets’ win/loss record rebounded to 82-39, an impressive .678 winning percentage! Eventually of course, they would go on to win the World Series against the mighty Orioles of Baltimore.

My Rebbe at yeshiva taught us that Tzedokah can help bring about miracles. What could be more of an affirmation of his teaching than the fact that hours after the Mets give Tzedokah they win 11 straight games! Those were special, simpler times. It was a time when a Jewish baseball player named Shamsky would not play on Rosh Hashanah and a Catholic man named Hodges from Bedford Ave could give $500 to help build a Yeshiva. And it was a time when a red-headed pudgy little boy went to sleep at night feeling safe and secure. His parents and brother were in the adjacent rooms and the Mets were winning.

What else could a boy want from life?

As I write these lines I realize that I am now ‘whiter’ than I am red… My parents are no longer in this world and life is certainly more complicated. I wonder, ‘Can I ever recapture the pristine innocence of youth?’ I doubt it.
Those were the days….