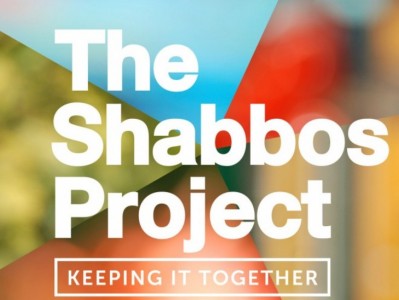 If you are like me, you are completely taken by the brilliant simplicity of the Shabbos Project (October 23-24, 2015). In three short years, what started as a localized wishful attempt to strengthen Shabbos awareness and observance in South Africa, has grown to a worldwide phenomenon of people #keepingittogether, with one million Jews estimated to have participated in this year’s program. What is the magic, the “secret sauce” of this historic endeavor that has succeeded beyond the wildest imagination of its initiators?

I believe that there are a host of viable answers to this question. No doubt, many appreciate the unique feeling of community that is fostered by communal challah bakes, festive meals, inspiring speakers, uplifting Havdalah ceremonies and lively concerts. Some are taken by the forced “shut down” of their regular lives, when they power down their technology and interact with others a little more. Others may just be enamored by the novelty of it all and the uplifting sense that they are part of a massive, incredible, worldwide event.

But this alone cannot explain the jaw-dropping success of the Shabbos Project, at least not completely. Surely there is something special about Shabbos that makes it the singular item capable of bringing Jews from all walks of life together and helping them bond in a way that nothing else could.

To answer this question let’s first try to better understand what Shabbos is. Why do we need a day of rest and why does it play such a crucial role in Jewish living and thought? Why is Shabbos so significant that we are repeatedly admonished to safeguard and keep it?

We are first introduced to the concept of Shabbos in the Torah at the end of the Creation narrative. One might read the description at the beginning of Bereishis, Perek 2, and deduce that Shabbos was some form of demarcation line that ends the creative process and ushers in some non-productive, nebulous state. 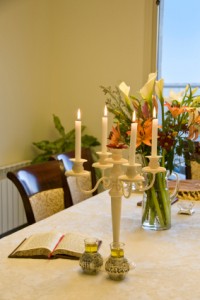 Shabbos was also a Creation, one that filled a massive void with rest. But what does it mean that the world was “missing” rest? Isn’t rest something that we naturally do when we get tired? And why is rest so important so as to deserve its own creation? Moreover, why did God need to rest? Was He tired from all of that creating?

Clearly, Shabbos is about more than not engaging in creative work. In Birkas Hamazon we refer to Shabbos as “May’ain Olam Haba,” a resemblance of the next world. The next world is the final world, the one that we aspire to reach for our entire lives. Souls that achieve a resting place in that world have arrived; there is no more work that can be done at that point.

When we describe Shabbos as a “resemblance” to that world, we refer to the fact that it marked the end of Creation. There was no longer anything new to do. The process of Creation was complete.

One time each week we are instructed to put the brakes on our creative processes. We use the time to reflect on our lives and draw nearer to our Creator. In so doing, we temporarily enter the next world, a world in which nothing more is to be achieved. Life simply “is.”

This, I believe, underscores the vital importance and immense draw of Shabbos. This world presents an endless struggle between our physical ambitions and our spiritual aspirations. For many, our material and economic drives are too strong. Such people feel that they simply cannot stop, or have not been made aware of the good that awaits them if they would. But for those who have tasted the joy and serenity of Shabbos, there is nothing that the material world can offer that compares.

A parable is told of a poor man who heard of a land far away that was awash in diamonds. The streets were literally filled with shiny gem stones. He knew that this would be his only chance to achieve wealth and so he scraped together the ticket fare and set off.

Upon his arrival, he started collecting diamonds enthusiastically. The locals looked at him like he was crazy. “Here,” they told him, “diamonds have no value. Stop wasting your time and energy on them. What we value is cooking fat, because we have so little here. If you can find a way to produce that, then you will become really wealthy.”

For the next few weeks, the foreigner worked to produce the fat. He tried different approaches and finally started to see success. The day before his boat was to set sail back home, he brought his first offering to market and was rewarded handsomely. The next day, as he started to board, the man realized that he had spent his entire time working on something that was nearly worthless back home. Desperately, he pocketed a few diamonds before the ship left the dock. For the rest of the trip he lamented how he had misused his opportunity to amass true wealth.

Our souls come to this world in search of the true wealth that will earn them a ticket into the World to Come. They know that the only currency that has any value for them is that of mitzvos and spiritual pursuits. But once they arrive on Earth, their corporeal shell and material wants trick them into pursuing other forms of riches, the kind that may look good for the moment but will ultimately prove to be of little worth in the long run.

When we experience Shabbos together, our bodies and minds become clearer. There is no more keeping up with the Joneses or Schwartzes. Our focus shifts to a spiritual pursuit that, if managed correctly, can not only help us take stock of our past, but can inspire us to live a better tomorrow.

The Torah tells us repeatedly that Shabbos is a testament to Creation. By observing it, we bring ourselves back in time to a period that lacked confusion and distractions, at least before the sin of Adam. Let us hope that the clarifying and invigorating energy that was produced by this special Shabbos, as is available on every Shabbos, will help us live more fulfilling, purposeful lives.