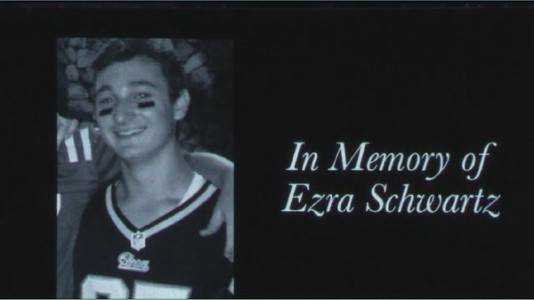 As I write these words, The New England Patriots football team is about to observe a ‘Moment of Silence’ in memory of Ezra Schwartz, a native of Sharon, MA, who was killed in a terror attack on Thursday. The Moment of Silence originates with the Quakers.

Since silence contains no statements or assumptions concerning beliefs and requires no understanding of language to interpret, it is more easily accepted and used than a spoken prayer or observance when persons of different religious and cultural backgrounds participate together. In the colonial period, Pennsylvania Quakers and Lenape Native Americans worshiped silently together on several occasions, yet neither group thought that this implied that they had altered their traditional belief system in doing so. Over time, the effectiveness of Quaker-style silence for non-sectarian and non-controversial public observances has led to its almost universal use in the English-speaking world as well as other plural societies. (Wikipedia)

We are respectful of the Patriots and admire the respect they are showing Ezra, and we certainly can understand why in such a setting A Moment of Silence is appropriate. Nevertheless as they are observing the Moment of Silence, I will engage in a more authentic Jewish response: A Moment of Verbal Tribute.

I did not know Ezra.

Like most of you, I never heard of him until he was killed on Thursday. I don’t know his family and I don’t know anyone who lives in Sharon, MA. That being said, I feel as if I knew him well.
Like Ezra, I also went off to study in Eretz Yisroel when I was finishing high school. And like Ezra I was searching for growth and for inspiration. Indeed, I would not be writing these words today if I had not learned in Eretz Yisroel in 1977.

My life changed forever when I was freed from the materialism and the comforts of American consumerism and from the hedonistic American way of life and was exposed to the life of Torah and authentic Judaism. I would eventually spend many years learning and growing in Eretz Yisroel and it impacted my life and the lives of everyone in my family.

Ezra went to Eretz Yisroel with those same dreams which I had almost forty years ago. He went to Yeshiva with the same hopes and thoughts which I had at his age. Ezra Schwartz never lived to see the fulfillment of those dreams. Ezra Schwartz was never privileged to marry, raise a family and establish another link in the traditional Jewish family unit.

Although we never met and although we lived miles apart and although there were almost four decades that separated us, there is much more which united us than doesn’t. Good-bye Ezra, and remember, more meaningful than any Moment of Silence can ever be are all of the mitzvahs and good deeds which continue to pay tribute to you forever.