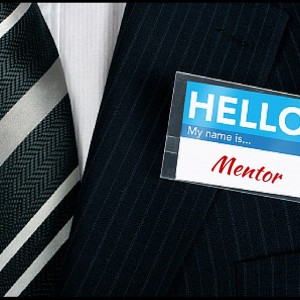 Recently, I wrote two posts relating to mentoring and abundance theory, respectively. The first article focused on distinguishing between mentors and supervisors and the important role that mentors play in the growth and job satisfaction of their protégés/ mentees as well as their own. The latter post contrasted Abundance Theory (AT) from Scarcity Theory. The following post will build upon those articles by applying abundance thinking to the mentorship process in order to help both the mentor and protégé gain the most from the experience.

Not long ago I was invited to speak to a group of advancement professionals on the topic of mentorship. There were approximately 80 people in the room and I instructed them all to imagine an ideal mentoring arrangement.  Using a scaling exercise, I asked them to tell me, in vivid detail, what a “perfect 10” looked and felt like.

The audience listed many attributes of strong mentorship. Some of the qualities were technical, such as being consistent and available, as well as being accountable and following through on commitments.

Others talked about mentor attitudes. These included treating protégés as adults, not people to be spoken down to. Another one mentioned was for mentors to be success-oriented, meaning that they are driven by a genuine desire to succeed and see the protégé’s success as their own.

The largest bucket was filled with relational qualities, such as being authentic and not trying to put on a show for the protégé as a way of earning respect. To this audience, the best mentor-protégé dynamic was natural and fluid. This came from the mentor being a good listener and developing trust. Another factor was the mentor’s ability to use his/her experience to help guide and support the protégé, but in a manner that was guidance-driven (using a coach approach), rather than imposing solutions.

I also asked participants to tell me what a “1” (lowest score) looked and felt like. Mostly, the response sounded like the opposite of a 10. Specifically, some shared that they felt used in bad mentorship pairings; it was as if the mentor was most interested in resume building and that the protégé’s growth didn’t matter. They also cited feeling a lack of validation.

Mentoring programs typically fail because one or more positive ingredients listed above are missing. Without question, the mentor’s head has to be fully in the game. When I first began as a head of school I was assigned an experienced mentor from a different school on the other side of the country. He agreed to help me as a favor, and predictably, as the school year progressed and his schedule became increasingly more filled, our time together dwindled to the point that the relationship had practically ended on its own.

In addition, a mentor has to be able to earn the protégé’s trust. That is not as simple as it sounds. In addition to demonstrating capacity, effective mentors find ways to make their protégés genuinely feel that they have the mentor’s best interests in mind.

One great way to build such trust is to think in abundance. Abundance Theory sees the world as offering infinite possibilities. It suggests that not only is there plenty to go around (the opposite of scarcity thinking) but that my helping others will help me as well, to sharpen my skillset and build increased capacity and demand within the field.

Mentors who enter relationships with abundance thinking are invariably going to give their protégés everything that they can, in terms of time, attention and advice. They are also likelier to remain committed for more time and to do their share in making sure that progress is being made and that the protégé follows through on his/her end. Perhaps most importantly, such abundance thinking can be felt and sensed by protégés. They come to quickly recognize how invested the mentor is in their success and they make sure not to disappoint.

Employers can help mentors by creating structured mentor programs with clear, quantifiable goals for both parties. In addition, the more that they can contribute to the creation of a less competitive work environment that will allow mentors to offer real help (within reason) without having to worry about time lost from their own responsibilities, the likelier it is that mentors will willingly sign up and make the most of the relationship.