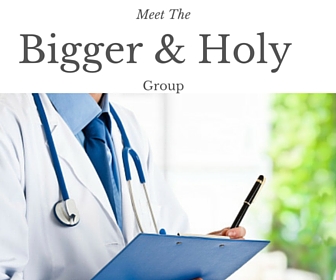 being. If you are looking for a model of compassionate care and unconditional acceptance of all, spend an hour at “Sloan.” On Friday morning February 12th, with the temperature struggling to reach double digits, I returned to the place where so many people from all over the globe turn their hopes and their prayers.
On this day it did not look like the world class cancer center that it is; rather, it was akin to a third world field hospital. There were patients on gurneys lining the halls.

Many of these patients had spent the night in the hallway. This was because the hospital never turns anyone away. They were functioning at 118% capacity as every single bed in the hospital was occupied! I saw nurses patiently attempting to communicate and calm patients whose mother tongue was Hindi, or Punjabi; the nurses struggled to make themselves understood and to help the patients. 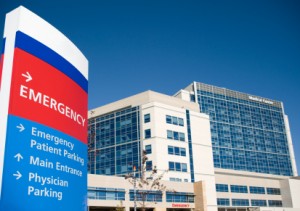 The fellow who I was visiting informed me that he would be staying over Shabbos. When I inquired what he would be eating, he said there was nothing to worry about as there are Shabbos rooms stocked with supplies, chulent and kugel. He also mentioned that Satmar Bikur Cholim provides individual Shabbos containers including a silver-like Kiddush Becher, a small table cloth and disposable hospital-approved candles.

I marveled at the chesed the Bikur Cholim societies provide to Jews they don’t even know.
On the way out I noticed the Shabbos rooms and could not resist taking a peak to see for myself. I was awed. In the refrigerator were individual portions of gefilte fish with small individual containers of horseradish, mayonnaise, and many other dips. I was impressed by the care put into making each serving just right. There were stacks of newspapers in Hebrew, Yiddish and English, all for the taking.

Suddenly I realized I only had one hour on my meter and as anyone in New York knows – never be late for your meter!

As I reached the vehicle I noticed a policeman removing his large ticket issuing device from his back pocket. As I approached him he said, “I’m sorry; however, your time is up.” However, before he actually wrote the summons, he eyed me in a strange sort of way. He was looking at my beard and studying my face. Suddenly he asked, “Hey, are you one of those guys who work for the ‘Bigger and Holy Group?’”

I had no idea what he was referring to, so I asked him, “What is the ‘Bigger and Holy Group?’” He replied, “You know, the group of people who look like you with the beards and hats who visit the sick and distribute food to those in the hospital and their families; they always tell me they are the ‘Bigger Holy Group.’”

I slowly said to myself, “Bigger and Holy…? What could he mean?” When suddenly like a light bulb I began to hear myself say, “Bigger n’ Holy…. Biggur n’ holim… Bikur Cholim!!! You must mean the Bikur Cholim Group!” I said.

“So even if you are not an official part of the group you are still ‘one of them,’ isn’t that correct?”

“Yes officer, I know what you mean, I am one of them.”

“Well in that case, you can go. No ticket for you today.” “Officer, I don’t understand. What does the Bigger and Holy Group have to do with my not getting a summons?”

The officer explained, “This morning, when it was about nine degrees, a guy approaches me who looked like you; you know – big guy with a big hat and a big beard? And he says, ‘Excuse me, it’s very cold today please take this thermos of hot coffee and these danishes.’ I said, ‘You know I’m not Jewish; why are you giving me this food?’ He says, ‘All of us, Jew and non-Jew are created in G-d’s image. (See Avos 3:14) It’s freezing outside, you need to stay warm; please take this.’ If he could do that for me on a cold day like today, I can do a nice thing back to one of his friends, no? After all, we’re all connected.”

I looked at the policeman and thought back to the hospital full of people of all religions and ethnicities and of the equal and compassionate care they all receive, “Yes officer you so right, we are all connected.”