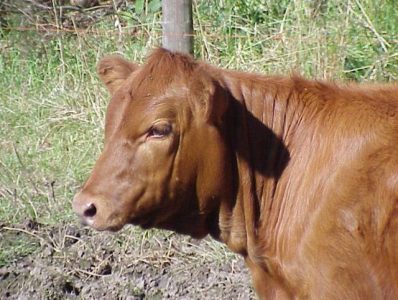 Rabbi Yissocher Frand (On the Parsha 3) shares an eye-opening Midrash from Talmudic times of a Jewish farmer (who we’ll call Reuven) who ran into financial difficulties and was forced to sell his trusted plowing cow. The farmer sold the cow to a non-Jewish farmer (who we’ll call Logan) who was delighted as his newly purchased heifer plowed his field for six straight days.

But on the seventh day, which happened to coincide with Shabbos, when Logan went to the barn to hitch the cow to the plow, it didn’t move. After numerous failed attempts to get the cow to work, including hitting it, Logan returned to Reuven to complain he bought a lemon. “You sold me a sickly animal! Your cow won’t move!”

Reuven returned with Logan to the barn and spoke directly into the cow’s ear, “Cow, cow: you know that when you were mine, you worked only six days and rested on Shabbos. But now… I have been forced to sell you. You now belong to a gentile and you’re no longer required to rest on Shabbos. Please get up and plow his fields.”

As soon as Reuven finished speaking, the cow got up, walked out of the barn and began to plow. Logan was amazed. What had Reuven said to the cow? Logan had tried everything. “Tell me what black magic did you use to get the cow to get to work?”

Reuven responded, “I didn’t use any black magic. I told the cow that as long as the cow belonged to me, the cow was required to rest on Shabbos, but now that he belonged to a non-Jew, he was obligated to work.”

Logan was taken aback, even scared by Reuven’s words. “If a cow, which cannot speak and doesn’t have intelligence recognizes its Maker, then certainly I, who G-d created in His image and gave intelligence, how cannot I recognize Him?”

Logan converted to Judaism, rose to become an Amora and was called Rav Yochanon ben Torsa (Rav Yochanon, son of a cow), highlighting his path to Judaism.

The Midrash concludes that not only do we learn how one individual was brought to the Divine Presence by a cow, the entire Jewish people becomes purified through a cow, as the Torah states in Parshas Chukas, “This is the decree of the Torah.”

Rabbi Frand concludes, “This Midrash is teaching us that anything – even a cow – can have a lasting effect on people. We can never know what is going to stir someone to move closer to Torah and Yiddishkeit. Even the smallest action can have a profound impact…We don’t realize the effect even one Shabbos meal can have…”

Let’s join Olami’s #THANKG0DITSSHABBAT and harness the opportunity to teach our students about the magnificence of Shabbos and empower them to prepare and celebrate Shabbat with:

Treasure of Shabbat: An Illuminated Guide to the Shabbat Table Experience.

BE”H our students will soon be able to rejoin us at our Shabbos tables!