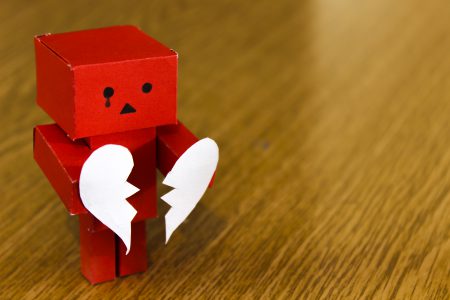 One of the most surreal moments of my memorable yeshiva experience lasted all but a few seconds and really didn’t involve me, at least not directly.

The walk between my Beis Yisroel apartment and Mir Yerushalayim, a walk that I took multiple times a day, included a series of stairs just a short distance from the yeshiva. Little of consequence ever happened to me on those steps, or anywhere else on the path for that matter.

But this night proved to be different. It was the night of Tisha B’Av, and I, like hundreds of others, had gone to hear the mournful recitation of Eicha on the yeshiva’s hallowed floors, just a stone’s throw from where the harrowing scenes of annihilation and destruction had occurred on two separate occasions. Together with everyone else in the yeshiva, I had recited the first set of Kinnos, and tried my best to understand their powerful message. But, as I had in years past, I failed to make a deeper connection, one that evoked any form of emotive response. Despite four years of study in Israel and three Tisha B’Av experiences, including this one in the Mir, I remained sufficiently disconnected from the day’s tragic, somber history as to not shed even a single tear.

My perspective changed on my walk home, however, as I made my way down the aforementioned steps. A British bochur who was around my age was sitting off to the side in solitude, balling with tears. Somehow, he had managed to make the connection that I had never made, to feel the loss of our Beis Hamikdash at an emotional level that I could never approach. On that night he shed real tears, while the closest thing that I could do was groan over the discomfort from my back being out of position for so long.

Around this time each year I often think back to that incident. I reflect upon the fact that both of us had grown up in the Diaspora, far away from the Holy Land. We each enjoyed comfortable childhoods, without much in the way of suffering or persecution.  Both of us expected to return soon to our respective homelands, to settle down and build families. But while I participated in “yet another” Tisha B’Av, he was experiencing it similar to those who sat along the Rivers of Babylon. 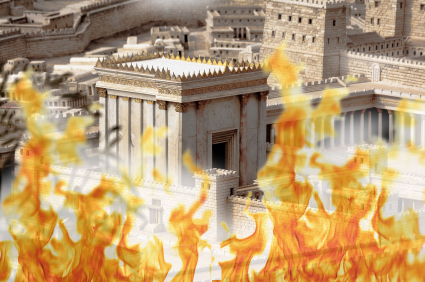 As I continued on my way to the apartment, I struggled to understand why our respective reactions to the same situation were so far apart. I rationalized that I’m not really so much the emotional type, and that maybe I just wasn’t able to access my expressive side as freely as my fellow bochur. But that seemed to be more of an excuse than anything else. After all, there are many things that I get emotional about, and they don’t  compare to the significance and the implications of the Churban.

In retrospect, I sense that the possible answer to my disconnect relates to the following attitudes:

We live in an age where we lack emunah (faithful trust in Hashem). Despite “hasofek hashakul” —   Mashiach may come today or he may not come today, meaning there is a fifty-fifty percent chance of Mashiach’s coming each day. Nevertheless, we in our own mind see it only as a very remote possibility. In our limited perception, we consider the odds of it happening no better than those of winning a lottery jackpot.(Waiting for Mashiach, Selected Speeches, CIS publishers, p. 17.)

If this lack of emunah was perceptible in the more spiritually attuned world of pre-war Europe, certainly it would appear that it’s a challenge for us as well.

But despite these excuses, I (and others who struggle similarly) know deep down that these are incorrect attitudes. We understand that we need to be able to say with complete conviction, “I wait for him each day that he should come.” (Ani Maamin 12)

So how are we to achieve this elusive goal of emotional connectivity and lament?

One approach is to better appreciate what we are missing and what actually awaits us. Even the relatively naturalistic view of Rambam (Commentary to Sanhedrin 10:1) paints a picture of such glory of the Messianic Age that we cannot help but yearn for its imminent arrival:

The Messianic Age is when the Jews will regain their independence and all will return to the land of Israel. Mashiach will be a very great king… He will achieve great fame… His great righteousness and the wonders that he will bring about will cause all of the nations to make peace with him… It will be easy for people to make a living and with very little effort they will be able to accomplish very much… The main benefit of the Messianic Age will be that we will no longer be under the subjugation of foreign governments who prevent us from keeping all of the commandments… (The Messianic Age) will be highlighted by a community of the righteous and dominated by goodness and wisdom…

Ten miracles occurred for our fathers in the Temple: … No fly was seen in the Temple’s slaughter house… the rain never doused the flame of the wood-pile on the altar; nor did the wind prevail over the column of smoke that arose from there…though the people stood closely pressed together in the Temple courtyard, they still found wide spaces between them to prostrate themselves…nor did any man ever say to his fellow: ‘There is not enough space for me to stay overnight in Jerusalem.’ (Pirkei Avos 5:5)

Another approach to achieve emotional connectivity is to develop a waiting mindset. Rav Shimon Schwab zt”l wrote (Selected Speeches, p. 27) as follows: “Waiting is of the essence. When we wait for [Mashiach], something happens to us. It elevates us, for we want to be prepared for his coming.”

If we are truly waiting, if we, like the Chofetz Chaim, leave our suitcases by the front door (as the great sage did in eager anticipation of Mashiach), then we will hopefully merit to reach the degree of focus and righteousness that will allow us to be ushered directly into the Messianic Age.