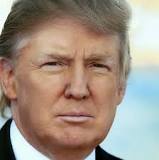 When I awoke this morning at 4 AM I finally allowed myself the ‘luxury’ of doing that which I had ‘religiously’ denied myself the entire evening, namely, to find out who won? I decided that until I awoke there was no reason to inquire as to how it was going since as Yogi Berra said, “It ain’t over till it’s over.”

As the words appeared on the screen, I – along with millions of others – was surprised to see in huge letters: “Trump Triumphs!”

Indeed, upon reading further, I realized that the race although close was not ‘that’ close. By 2 in the morning, only three hours after the polls closed on the West Coast, the election was a done deal. So what happened?

I surely hope not.

Can it be that their technological prowess was so faulty that they were unable to properly amass and dissect and interpret their findings? Possibly; however, I would hope that understanding someone’s answer to the question, “Are you voting for Trump or Clinton?” is not too difficult
to decipher.

How indeed did they get it so, so wrong?

And as NY Times writer Jim Rutenberg wrote this morning, “Journalists didn’t question the polling data when it confirmed their gut feeling that Mr. Trump could never in a million years pull it off. They portrayed Trump supporters who still believed he had a shot as being out of touch with reality. In the end, it was the other way around.” (Emphasis added by me.)

These two comments are quite revealing and important for all of us, irrespective of the American election. How often do our preconceived assumptions about people color and taint our ability to objectively relate to others?

The reason the journalists were wrong in their analysis of the situation was because their preexisting hatred of Mr. Trump precluded them from seeing anything except what they perceived as being either a validation of their already-held views or to easily dismiss any opinion which they did not agree with as either being ‘off-the-wall’ or an aberration.

What a lesson in Mussar for us!!!

How often do we meet Jews with different opinions than ours and because of our preconceived notions of who they really are, never take the time to truly ‘hear’ what they are attempting to communicate to us?

How often, if we are Hareidi – and we hear an opinion from a Jew who is Modern Orthodox – do we, as a knee-jerk reaction, automatically discount his opinion?

And the reverse, how often does the Modern Orthodox Jew immediately reject the opinion of a Hareidi or Hasidic Jew simply because he is not ‘one of us?’

Be careful how you listen to others and their opinions…ask yourself – if you find yourself automatically rejecting what he/she has to say – “Why am I so quick to reject what he/she has to say? Am I am really listening to this person or – because my mind is already made up and I can’t have anyone ‘confuse me with the facts’ – I am automatically rejecting his/her view?”

The Rambam in his introduction to Avos states, “One has to accept the truth from whoever speaks it!” Our political pundits were unable to accept this fact. They were blinded to what others were saying simply because they could not conceive of anyone ‘holding’ that opinion. This led to misleading their readership who relied on them and ultimately undermined their own credibility.

I recall hearing years ago how a man was publishing a sefer which collected all of the various rabbinic opinions which were in agreement with those of the Satmar Rebbe. When the man showed the Rebbe the sefer prior to publishing, the Rebbe noticed an entry claiming a certain Rav was also in sync with the Rebbe.

The Rebbe asked the man how he knew about that Rav’s opinion as the Rebbe was unaware that he was in agreement with him. The man smiled and said, “I really don’t know his opinion. However, I figured if he wears a shtreimel and he is a man of intelligence he ‘must’ agree with you!”

The Rebbe was aghast and said, “A sheker (lie) is a sheker!” Once you are not willing to listen, recognize and record other opinions as they are stated, you lose all your credibility. I cannot allow the entire sefer to be published.”

If you are not willing to listen to others, you will never be privileged to grasp the truth.

The Chazon Ish on Masks