OLAMI Resources   /   NLE Journal Posts   /   A Chanukah Lesson for Overachievers: Are You Crazy Busy? Build More Margin into Your Life 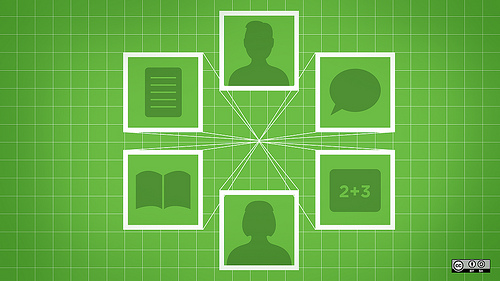 In his NYTimes.com article “The ‘Busy’ Trap,” Tim Kreide writes:

“If you live in America in the 21st century you’ve probably had to listen to a lot of people tell you how busy they are. It’s become the default response when you ask anyone how they’re doing: “Busy!” “So busy.” “Crazy busy.” It is, pretty obviously, a boast disguised as a complaint. And the stock response is a kind of congratulation: “That’s a good problem to have,” or “Better than the opposite.”

“Look around and you’ll notice it isn’t generally people pulling back-to-back shifts in the I.C.U. or commuting by bus to three minimum-wage jobs who tell you how busy they are; what those people are is not busy but tired. Exhausted. Dead on their feet. It’s almost always people whose lamented busyness is purely self-imposed: work and obligations they’ve taken on voluntarily, classes and activities they’ve “encouraged” their kids to participate in. They’re busy because of their own ambition or drive or anxiety, because they’re addicted to busyness and dread what they might have to face in its absence.”

Busyness is an epidemic and it is wreaking harm and havoc on our emotional, mental, and physical well-being and compromising our relationships. Activities and experiences we claim to value and prioritize sit on the back burner because of our self-perceived busyness. Hillel warned of this when he taught (Pirkei Avos 2:5), “Al tomar l’chesha’ipaneh eshneh, shema lo tipaneh, don’t say ‘When I have free time I will learn’, for you may never have free time.” The simple understanding is that we cannot predict the length of our lives and if we procrastinate and delay we may never in fact get to what we claim are our goals. 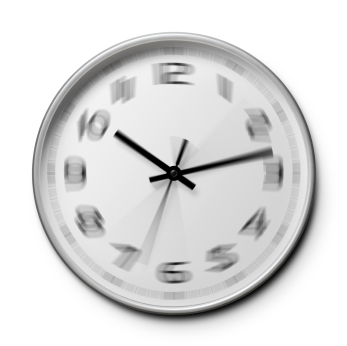 However, perhaps Hillel is warning us that the issue is not the unpredictability of the future, but rather just how predictable it is if we can’t master our sense of busyness. Shema lo tipaneh, perhaps your addiction to busyness will deny you free time to ever do what you say you will someday do.

There is a fascinating law regarding the writing of a Torah scroll. The Talmud (Menachos 29a) mandates that “Kol os she’ein gvil mukaf mei’arbah ruchoseha pesula.  If a letter is not entirely surrounded by parchment on all sides the Torah is invalid.”  In other words, if letters run into one another with no break, the Torah is not kosher.  Why do the letters’ borders matter?

Have you ever read a book whose sentences begin on one edge of the page and extend all the way to the other edge? Books are not published that way because if the entire page is covered in ink, the book is unreadable. Instead, books have margins, white space in the columns and in between paragraphs. The white space not only provides a prettier, more readable layout, but provides the room to absorb, contemplate, and assimilate what is being read. 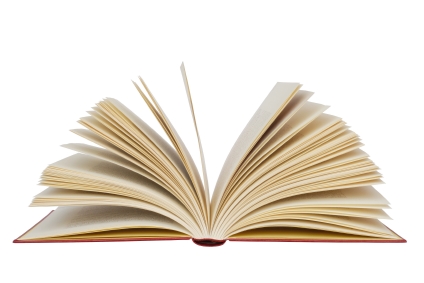 Rav Kook explains (Shemuot HaRe’iyah IV) that when the medrash describes the Torah as having been given with black fire and white fire, it means the words have meaning, but the blank spaces and margins, the room to absorb, are also critically important. He writes, “We can deepen our understanding of the white and black fires by considering another example of white space in the Torah. Extra space is left blank to separate sections of the Torah. The Sages explained that these separations allowed Moshe to reflect upon and absorb the previous lesson. In other words, the white fire corresponds to the loftier realm of thought and contemplation. The black fire of the letters, on the other hand, is the revelation of intellect into the realm of language — a contraction and limitation of abstract thought into the more concrete level of speech.”

If we were equipped with a flashing light to indicate “100 percent full,” we could better gauge our capacities. But we don’t have such an indicator light, and we don’t know when we have overextended until we feel the pain. As a result, many people commit to a 120 percent life and wonder why the burden feels so heavy. It is rare to see a life prescheduled to only 80 percent, leaving a margin for responding to the unexpected that God sends our way. 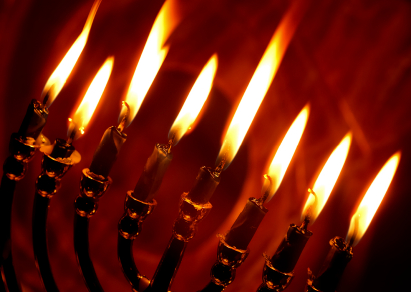 Perhaps building margin into our lives to think, contemplate, and absorb is also a message of Chanukah.  After lighting the menorah, we sing “Ein lanu reshus l’histameish bahem elah lirosam bilvad, we have no permission to make use of them but only to see them.”  It is forbidden to use the light of the Chanukah candles to engage in activity.  The power of the Chanukah candles is not that they provide light to increase our busyness.  Rather, we are to interrupt our busyness each evening for eight days, sit next to the glowing candles and reflect.

Women have developed a custom not to do work in the home while the candles are burning.  The Mishna Berura writes that many men have the custom as well.  The light of the menorah reminds us to interrupt the constant activity and to take a break from work to reflect, contemplate and grow.  The crazy busy person never pauses to see the blessing that is before them all along.

When you light the menorah this year, use the mandated idle time basking in its light to make a commitment to break the cycle of busyness and build more margin into your life all year long.