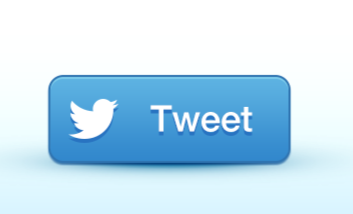 I’m planning on embarking on what for me is an ambitious project and in which I would like to invite you to join me. It involves a minimal amount of daily study (between 20 to 30 seconds daily) of some of our most important textual sources. I plan and hope to write a single tweet (140 characters or less) about each source, each day.

The sources are as follows:

Parsha – The weekly reading of the Torah, completed in one year. Each day will give a highlight or summary from one of the seven Aliyot.

Mishna – The initial redaction of the Oral Law. Will be keeping pace with the Mishna Yomi cycle which studies 2 Mishnas per day and completes the entire corpus in around 6 years.

Rambam – Maimonides’ legal code. At the pace of one chapter a day, completes the cycle in around 3 years.

Halacha – Study of the Shulchan Aruch, Orach Chayim, the authoritative Code of Jewish Law. Complete cycle in around 4.5 years.

Now, it is particularly challenging to squeeze words of Torah into one short sentence, but we’ll give it a shot. This is by no means authoritative; it is certainly the opposite of comprehensive, will most likely be cryptic and will barely be coherent. It is meant to pique interest and curiosity and encourage those who want to know more to go to the original source.

Below is a sample of what I have planned:

Sunday
18-Dec-16
8 Kislev 5777
#ParshaYomi #Vayeshev 1: 17 yr-old Joseph has dreams foretelling leadership. It sets his brothers against him.
#MishnaYomi #MaaserSheni 4:12 Man tells son tithe is in one corner and finds it in another, it’s not considered consecrated tithe.
#DafYomi #BavaMetzia 83: Workers are hired as per local customs: starting and finishing hour, meals.
#RambamYomi #NizkeiMamon 11:9 An ox that killed a man and was sentenced to death, any sale, gift or transfer of ox ownership is invalid.
#HalachaYomi OC 90:6 One should not pray in a ruined building, for fear that it may fall on him and because of harmful entities.

It will be available on Twitter. My ID there is @bentzis

For those interested who prefer one daily email with the five different tweets, I will set up a separate email list. Just email me at:
bentzispitz@gmail.com