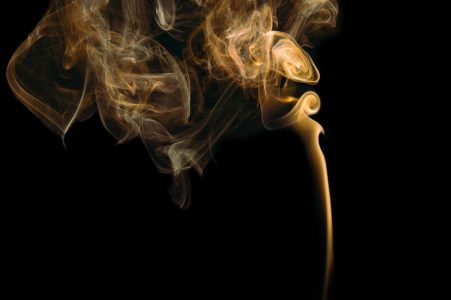 As we culminate the construction of the Mishkan in this week’s Parshas Vayakhel / Pekudei, and launch into Sefer Vayikra next week, we are again challenged by a methodology to teach beginners about the Beis HaMikdosh and Korbanos. Because sacrificial service is so alien to our twenty-first century lifestyle, its profound symbolism and meaning may elude us. Before we delve into this difficult arena, we must first take a step back and try to gain a bit of perspective on our subject matter. It is important, by way of introduction, to note how foreign the world of the Bible is to the modern person. Rabbi Jeremy Kagan (The Jewish Self, pp. 25-6)  writes:

“The Torah is the supreme prophetic vision, yet it is completely foreign to us. Not only are we baffled by most of its commandments and prohibitions, we don’t even recognize the world it portrays. It is filled with descriptions of miracles and the appearance of God in the world – but we have never seen a sea split or a flaming representative of the Creator descend from the heavens. The Torah is fixated on the need to separate us from idol worship – but we feel no overwhelming desire to bow as we pass a rock or tree. For that matter, worship itself is incomprehensible…Yet the archeological record makes clear that all ancient societies were worshipping societies…”

The ancient world was obsessed with worship. The second commandment of the Ten Commandments is not to worship idols, as if that were one of the greatest challenges of the Jews as they emerged from Egypt. Today the idea of worshipping an idol sounds far-fetched. In fact, even the Talmudic sages had a hard time understanding the sway that idolatry held over people. This can be seen in the following Talmudic passage (Sanhedrin 102b), recording a conversation between the Sage, Rav Ashi, and the ancient king, King Menashe, who appeared to him in a vision.

“He [Rav Ashi] then questioned him [King Menashe], ‘Since you are so wise, why did you worship idols?’ He replied, ‘Were you there, you would have picked up the ends of your garment and sped along after me!’”

We are familiar with such concepts as the sexual drive and the survival instinct – but what is the meaning of the “drive for idolatry” with which the Sages had to contend? Where does an instinct to bow to a statue stem from?

“The Talmud reports the prior existence in man of an inclination to worship idols. What is startling in this is the idea that there should be an inclination to worship of any sort. This means that there was a desire within each individual as palpable as hunger to nullify himself before something beyond himself. This is totally foreign to our existence today…[I]n that time, the primary awareness of self was located in the spiritual aspect rather than the physical …The whole experience of being was an expression of something that existed beyond us and which was more real and essential than our own individual being. The consequence of this experience of being was a natural sense of life as worship.”

The age of idol worship is more correctly dubbed as the age of worship. The desire to worship emanated from a visceral awareness of the spiritual world. This spiritual desire fueled not only idolatry but the entire concept of worshiping in the form of sacrifices and other tangible acts.

“We no longer appreciate what the lure and temptation of idol worship was to the world more than 2000 years ago. We also no longer understand the beauty and meaning of sacrificial worship. These two phenomena are directly intertwined…

“How are idolatry and sacrificial worship related? And just what is the element of goodness and truth found in idolatry?

“The basic rationale for the obsession the ancients had for idolatry was the recognition that they were dependent on a higher power. Humanism as a philosophy and movement did not exist, and they did not feel, as the moderns do, that humans can solve all of the problems of the world. They knew they had to rely on the supreme controlling heavenly force of the world. The only question was whether there was a multiplicity of forces or a single one. No matter what, though, they desperately needed to relate to a higher power. So they constructed idols that represented in physical form the higher powers in which they believed…

“The minute we would truly feel God’s reality, we would be overcome with an enthusiasm to worship and offer Him a sacrifice. This is why the Torah is replete with admonitions and violations of the commandment not to offer sacrifices on an altar (called a bamah in Hebrew) outside of the Temple. People had a very difficult time controlling their desire to offer a sacrifice to God. It was very much like a hunger to eat. It would be an extremely hard task to tell someone that he had to wait until they reached the Temple in Jerusalem in order to eat. The same was true with the offering of sacrifices to God.”

For now, we can appreciate the centrality of sacrifices in the Torah and in Judaism at large, in knowing that it stems from a different experience of reality, a more heightened awareness of the spiritual world and the nature of our “dependency” on it. With this in mind, we can approach the topic of sacrifices from a more broadened perspective.

In the NLE Morasha class, Close Encounters of the Transcendent Kind: The Temple and the Sacrifices,

we will explore the meaning of the Temple and the sacrificial service prescribed by the Torah. As we delve into this religious rite that has been without practical significance for two thousand years, we will discover just how deeply pertinent the Jewish concept of sacrifice is to our own modern lives.