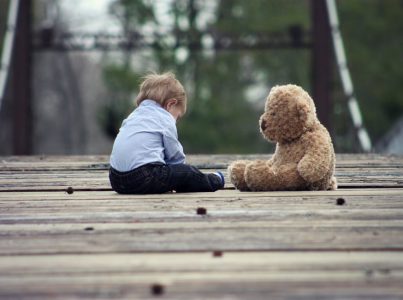 One of the most widely watched TED talks on education was delivered by Rita Pierson. In a moving talk entitled, “Every Kid Needs a Champion,” Pierson, a second-generation educator, emphasized the importance of building relationships with students. She details her experience working with some of the hardest challenges in the system: kids who haven’t tasted academic success and often lack strong adult relationships that can provide guidance and inspiration and also strengthen resolve. Her successes, she says, were to a large degree the result of believing in her charges and giving them a vision of a better tomorrow.

Ironically, having a champion can have its downsides for kids as well. In a recent parenting post by Kathy Caprino, the author cites leadership expert Dr. Tim Elmore, who shared a list of ways in which parents today are failing their children by coddling and crippling them. Such behavior, says Elmore, prevents children from becoming the strong, independent leaders and balanced adults that they are destined to be. According to Elmore, current parental failures include:

As a former educator, I observed firsthand the behaviors and attitudes of many children. In most cases, the meetings that I held with parents during scheduled conferences or as a head of school confirmed my assessments. In the aggregate, I found that the apple falls rather close to the tree and children who experience strong parenting are most often stronger, more mature and better grounded than their sheltered, doted, caressed peers. Those whose parents confer with an offensive edge often produce children with similar sentiments and feelings of entitlement.

Teachers cannot make up for poor parenting, but they can teach and hold students accountable for many of the critical skills and attitudes listed above. While we may often have to teach and create proper environments for such values – such as how to experience risk, how to struggle through a process, and how to accept that mediocre is simply mediocre and no better – in the face of angry, defensive parents who complain that the teacher is being too harsh and insensitive, it is critical that we work to impart such principles before the true reality comes along. Explain to students and parents your motives for what you’re doing. Enlist the support of your principal and other superiors as well. Help them see what you’re seeing and value what you’re trying to achieve so that they can understand your motives and offer support.

Without question, every child needs a champion, someone who will be there for them when they have no one else to turn to or gain support from. But every child also needs a firm hand, an adult who will keep them from becoming too insulated and sheltered to be ready for the rigorous challenges that life will present them.

All of us want to be liked and regarded. We may be afraid to take a stand because it can be so much easier not to. Still, if we have the children’s best interests in mind we can find a way to be caring, sensitive and supportive while simultaneously providing the high expectations and values-based clarity that will hold them in good stead long into their adulthood.

2 Responses to “Filling the Parental Void”