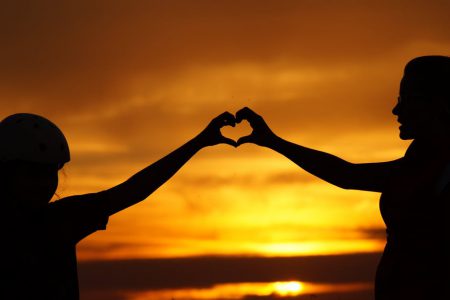 A number of years ago, someone, who I guess felt I could use some motivation, gave me a CD of Tony Robbins to listen to.  I was excited to hear what one of the most inspirational people of modern times would have to say and how it could change my life for the better.  He started his talk by saying that he has the secret to both happiness and success.  If you follow his advice and begin each and every day of your life exactly as he prescribes, he can all but guarantee you will find yourself both happier, and achieving your goals and dreams.  I, like everyone else, want to be happy and I try to be successful in everything I do.  I was therefore very eager to hear what would he say next, what is the secret?

What Tony Robbins said is exactly correct, but for me, and for you, and for Jewish three year-olds around the world, it was nothing new.  The secret to happiness and to achieving success, he said, is to start every day of your life by expressing gratitude.  As soon as you wake up, before doing anything else, say thank you.  Be grateful and appreciative for being alive, having a roof over your head, having your health if you are lucky, your family, etc.  He continued that it isn’t enough to think appreciatively, but you need to start your day by verbalizing and actually saying thank you out loud.  If you do, the rest of your day is guaranteed to be successful and happy.

What Tony Robbins is teaching in the 21st century, Judaism has taught since its inception thousands of years ago.  From an early age, we teach our children to wake up saying Modeh ani lefanecha, I am grateful to You God for the fact that I woke up, that I am alive to see another day, for the wonderful blessings in my life and for my relationship with You. It has been inculcated within us from our youth that we don’t wake up feeling entitled, deserving and demanding.  Rather, we wake up with a deep and profound sense of gratitude, appreciation and thanks.

In my experience, Tony Robbins is absolutely correct.  How we start our day has an incredible impact on how the rest of it will go.  Today Sunday we are celebrating Lag Ba’Omer, the 33rd day of the Omer.  Each day of the Omer is characterized by another kabbalistic attribute.   Lag Ba’Omer is hod she’b’hod, the glory of glory, reflecting our appreciation of God’s greatness and glory.  Alternatively, though, hod can be understood as coming from the same word as hodu, or modeh, meaning thanks.  Lag Ba’Omer is a day characterized as thankfulness within thankfulness, or a day to celebrate gratitude.

The Chassam Sofer, Rav Moshe Sofer says that the miraculous manna that fell from Heaven began to descend on Lag Ba’Omer.  On the first day, the manna was undoubtedly greeted with great enthusiasm and appreciation, but as time went on and there was an increasing expectation the Heavenly bread would descend, it became much easier to take it for granted and to forget to be appreciative for it at all.  Lag Ba’Omer therefore, is a time that we identify and say thank you for all of the blessings that regularly descend into our lives, but unfortunately, like the manna, that we take for granted.

It is so easy to fall into a sense of entitlement and to forget to be grateful. Why should I thank my children’s teachers, they are just doing their job.  Why should I be so appreciative to the waiter, or the custodian, or the flight attendant, isn’t that what they are supposed to do?  When was the last time we said thank you to whoever cleans our dirty laundry?  Do we express gratitude regularly to our spouse who shops, cooks dinner, or who worked all day to pay for dinner, or in some cases did both?

One person without whom we would literally not be here, but who often goes unappreciated is our mother.  Lag Ba’Omer this year overlaps with Mother’s Day. On Sunday, over 135 million cards will be given, millions of bouquets of flowers sold, brunches eaten, and an estimated $20 billion will be spent on gifts. With all the attention and fanfare paid to what has become among America’s most popular holidays, it is critical to remain mindful and sensitive to those who aspire to be mothers, but have not yet been blessed with the opportunity.  However, ultimately, Mother’s Day is not about celebrating the institution of motherhood, taking pride in one’s maternal instinct or even about applauding all mothers. According to its founder, Anna Jarvis, Mother’s Day is entirely about our own personal mother and recognizing her unique role and contributions to our life. Jarvis, who did not have children of her own, specifically did not call it Mothers’ Day in the plural, but Mother’s Day, the day dedicated to our singular, one and only mother.

When Jarvis introduced Mother’s Day, it didn’t take long for Hallmark and other greeting card companies to capitalize on this new holiday by selling printed cards with messages of appreciation to Moms. Jarvis was so disappointed and disturbed by the commercialization and exploitation of what she intended to be a genuinely sentimental day that she worked to rescind the very holiday that she had introduced. Mother’s Day was supposed to be about handwritten, personal letters of appreciation, she felt, not about mass produced, impersonal cards that generate profit for big companies instead of engendering love and gratitude. Despite her organized boycotts, it was too late. The greeting card industry was too strong and Mother’s Day was here to stay. Over a hundred years after being introduced, I wonder what Jarvis would think of Mother’s Day today when many gush about their mother or wife on social media for the world to see, but don’t necessarily match that enthusiasm and affection offline, when nobody is watching.

On Sunday, as we celebrate Lag Ba’Omer and l’havidil Mother’s Day, let’s not just say Modeh ani in the morning and then quickly transition to feelings of entitlement. Let’s remember to say thank you to the people who do extraordinary things in our lives. But even more importantly, let’s especially express gratitude to the people who do the ordinary things that make our lives so filled with blessing.