OLAMI Resources   /   Featured Posts   /   Anatomy of a Seeming Lie: Understanding the Meraglim — Free NLE Morasha Shiur on “Can You Ever Tell a Lie?” 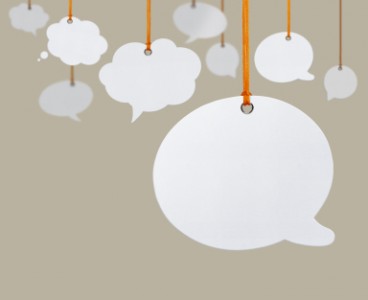 The current June 2017 edition of National Geographic explores the phenomenon of lying:

“In the fall of 1989, Princeton University welcomed into its freshman class a young man named Alexi Santana, whose life story the admissions committee had found extraordinarily compelling. He had barely received any formal schooling. He had grown up virtually alone, living outdoors in Utah, where he’d herded cattle, raised sheep, and read philosophy. Santana quickly became something of a star on campus. He did well academically, and his unusual background gave him an enigmatic appeal.

“But Santana’s story was a lie. A woman eventually recognized him as someone she’d known as Jay Huntsman at a California high school, six years earlier. Princeton officials later learned that he was actually James Hogue, a 31-year-old who had been in prison in Utah for possessing stolen tools and bike parts. He was taken away from Princeton in handcuffs.

“The history of humankind is strewn with crafty and seasoned liars like Hogue. Many are criminals who spin lies to gain unjust rewards—as financier Bernie Madoff did, duping investors out of billions of dollars until his Ponzi scheme collapsed. Some are politicians who lie to come to power or cling to it, as Richard Nixon did when he denied any role in the Watergate scandal.

“Lies, big and small, have characterized human behavior for eons.”

Rabbi Yissocher Frand (On the Parsha #3, ArtScroll, p. 223) immediately points out, that on the surface, the Meraglim’s negative report of the Land of Israel was a straight-up lie which is difficult to reconcile with the fact they set out as Tzaddikim! It seems belittling to ascribe self-serving lies to such individuals of stature and merit. In fact, the enormity of the challenge faced by the meraglim is the context described by Rabbi Avraham Edelstein in his analysis of the transgression of the meraglim:

The spies faced an extraordinary challenge. Had they succeeded in entering the land, Moshe Rabbeinu would have entered with the Jewish people and they would have been there permanently. This was a uniquely spiritual generation, and just as יציאת מצרים was permanent, so would have כניסה לארץ been. The land would have been restored to the level of Gan Eiden, of Adam HaRishon before the Cheit. Things could have also turned out even better: Moshe Rabbeinu could have been Mashiach, the Messianic era would have begun, and we would have completed the challenges of this world as we know it. In fact, G-d had guaranteed them success and He had already prepared the way by leveling the enemy’s Sar.

At a time like this, the Sitra Achra gives its all. After all, the Yetzer Hara is a created being like all others. As with all other beings, programmed into the Yetzer Hara is the instinct for survival. And now, its very existence is being threatened by the imminent arrival of the Messianic Era.

G-d prepares the Jewish people for this nisayon. He arranges that the Lashon Hara of Miriam (at the end of last week’s Parsha) is to precede the sending of the Spies, so that the Jewish people will be careful not to repeat the sin of Lashon Hara concerning the land. Moshe Rabbeinu takes further precautions by sending out Gedolei Yisrael, even where better qualified military people are available. He commands them to bring back a detailed report of the land, showing that there is nothing to hide and that all the good things they had heard about the land were true.

All this was to no avail. So successful was the Yetzer Hara’s counter attack that, instead of Yemos HaMashiach, we inherited a bechiya ledoros, and, at the time of this writing, Mashiach has not yet come.

The core challenge to the Jewish people was bitachon, but not in the simple sense. The spies were meant to see the mighty men of this land and realize that only G-d could provide them with a victory. The nation was ready for this challenge.

But the spies saw something else as well.

Dor HaDeah had been living a completely artificial existence in the desert. They had no bathroom needs, their clothes did not wear out, there was no cooking and no need to earn a living. They were completely protected from the elements. Theirs was a life totally dedicated to spirituality, to building up a deep trust in G-d and to learning His Torah to perfection. This was both a marvelous and yet extremely intense existence. Any Jew of that generation woke up in the morning knowing exactly where he stood spiritually. If he had any negative thoughts or done the slightest thing wrong, he would find that his portion of the מן fell just that much further from his tent. He knew it, and the whole Jewish people knew as well. There was immediate and visible feedback for each and every act. Weaken for a moment, and you will instantly be attacked by Amalek. Put a foot wrong, and the holy Moshe was right there to rebuke. This was a pretty scary way to live.

Klal Yisrael found it hard to live this way, but they knew that this was just until they got to the land of Israel. Did not G-d Himself want the Jews to live as an example to all nations, living on the land as all nations do? Things would be a little more normal there, or so they thought, until the spies came back with their report. The very request to send spies displayed the Jews’ desire to do things in a more ‘normal’ fashion (even though there was significant trepidation about the loss of their spiritual exaltedness as a result). It is perfectly legitimate to spy out the terrain before sending in one’s army, and even Moshe Rabbeinu saw the logic in this. But he did not recognize the hidden agenda of the Jewish people, who wanted to check whether this was a normal land that would ease their daily pressures of their current lifestyle.

What the spies reported was that Eretz Yisrael was a land of intense Hashgacha, similar to the desert. The giants, the dead people, the huge fruit – all pointed to a continuation of the same pattern they had experienced in the desert. ארץ אוכלת יושביה – ‘it is a land whose spirituality will chew up people like ourselves.’ There was to be no rest for the weary. Israel was the palace of the King and we were but a slave people. G-d’s promise to deliver the land would go awry under such circumstances, given the higher standards to which the Jews were being held accountable. This was especially so since they knew from Eldad and Meidad that Moshe would no longer be with them. (Some say that, just as Moshe Rabbeinu was to lose the mantle of leadership, so they would too, and this too clouded their judgment.)

And things got worse, for, at least in the desert, the Jews were free to pursue a life of pure Torah, removed from this world almost entirely. In the land, however, they would have to plow and reap just like other people. Yet like the מן, the rain would fall and the crops would grow in direct correlation to their actions. G-d wanted them to take the world with them in their spiritual greatness, to be מרגלים, which means, says the Chasam Sofer, people who raise the body. They, however, saw an ארץ אוכלת יושביה, a land that would eat their spirituality and leave them horribly exposed. The appeal of Kalev and Yehoshua,  עלה נעלה – lets us have a double עליה, not only in spirituality but also through elevating the physical, fell on deaf ears.

The Jewish people saw most of their leaders crumble under the weight of their own logic, and caved in with them.  There was nothing new (or inaccurate) in the facts that they reported. What was new was the interpretation of those facts – we stand no chance of winning these battles, and, even if we do, we will not survive the spiritual intensity of the land.

Clearly this is a lesson for all of us to strive to be wholly objective in evaluating all the events and circumstances we encounter throughout life. As such, one takes issue with the expressed theme of the National Geographic article on lying:

“In our June cover story, we explore why we lie, and show why researchers say that being deceitful is woven into our very fabric––and is a part of being human.”

Clearly, being deceitful is a potential, but not necessarily an integral part of being human. As the Maharsha (Sanhedrin 97a) writes:

Since the seal of the Holy One is emet [truth, Shabbat 55a], and through this seal the world is sustained … therefore, one who changes one’s words destroys the seal. And even if one detracts or destroys a little, which is [symbolized by the loss of] the aleph, that which remains is the (Hebrew) word mait (death – mem, taf). Alternatively, one who does not alter his words, sustains himself and his world through the seal of Creation which is emet.

Click here for the NLE Morasha Shiur on “Can You Ever Tell a Lie?”