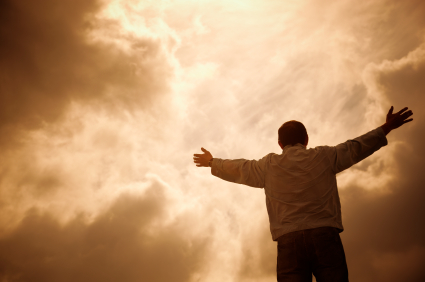 The Talmud teaches (Sotah 37b) that the Torah was taught in three locations: Har Sinai, the Tent of Meeting, and the Plains of Moav:

The Torah informs us in this week’s parsha (Vayikra 1:1), “And God called out to Moshe (from within the Mishkan)…”

At the conclusion of Sefer Shemos, the Mishkan was erected and became the resting place for God’s Presence. Rashi explains that God called out to Moshe Rebeinu to teach him the mitzvos in an extremely loud voice, but only Moshe heard, not other Jews even though they were nearby.

Rabbi Moshe Feinstein (Darash Moshe) questions what benefit was it for God to pronounce the commandments in such a loud voice when only Moshe heard, even though others could have also heard, but did not. Furthermore, in a similar vein wonders Rabbi Feinstein, regarding the gemara in Sotah 2a, “A Bas Kol (Heavenly Voice) proclaims forty days before the formation of the fetus, ‘The daughter of so-and-so is destined to marry the son of so and so.’” What benefit is this to each couple if the Bas Kol cannot be heard?!

The purpose of the loud voice emanating from the Mishkan is to inform us that even though Bnei Yisroel were taught the commandments by Moshe Rebeinu, we should also feel that we are being commanded by God Himself! Therefore the mitzvos assume an even stronger level of obligation than had they been taught by Moshe alone. (Other Jews did not hear the commandments at the Mishkan because they did not merit to do so.)

It was for this very reason that the souls of the Jews of all future generations were present at the giving of the Torah at Har Sinai so they could hear the commandments. Even though we are not obligated in the mitzvos until we are physically born, nevertheless, the knowledge that our souls previously heard the commandments at Har Sinai obligates us to observe them.

Similarly, when the Bas Kol proclaims that the daughter of so-and-so is destined to marry the son of so and so, not only is there a general mitzvah to marry, there is now also a specific mitzvah for this man to marry this woman! Therefore, the Bas Kol comprises an additional mitzvah.

What an extraordinary insight to know that each Jew not only has a personal awareness of the Revelation of the Torah at Har Sinai, one has also has an awareness of the mitzvah of who one should marry!