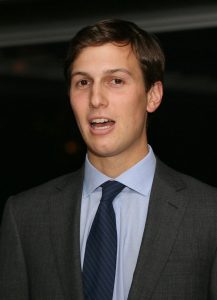 In an enigma of world history, Orthodox Jews are immediate family and advisors to the world’s most powerful leader. Politics aside, Mr. and Mrs. Yoel Chaim (Jared) Kushner, are de facto believers in a Divine Torah. This is an eye-opener to anyone wondering what drives their belief system. And the answer comes from this week’s parshas Yisro.

Matan Torah, God giving the Torah to the entire Jewish nation at Mount Sinai, was the culmination of the miraculous events in Mitzraim, at the Yam Suf, and during the war against Amalek, that transformed the world by causing the recognition of God and adoption of Divine values. The Jewish people notwithstanding, even today, over fifty percent of the world’s population, 3.4 billion people, predicate their theologies on Torah M’Sinai.

Matan Torah at Har Sinai was clearly the most dramatic public demonstration of God’s eternal covenant with the Jewish people, but it was not the only revelation of God’s Torah. Beginning with Adam HaRishon and ending with the Prophets at the start of the Second Temple Period, God communicated His laws and Divine values for over three thousand years.

There are three NLE Morasha shiurim highlighted for Parshas Yisro teaching the nature of Divine revelation throughout world history as well as providing evidence for Torah M’Sinai.

The System of Halachah – Jewish Law: I

The Revelation of the Torah

The NLE Morasha shiur on The Revelation of the Torah addresses the following questions:

Evidence for Torah M’Sinai I: