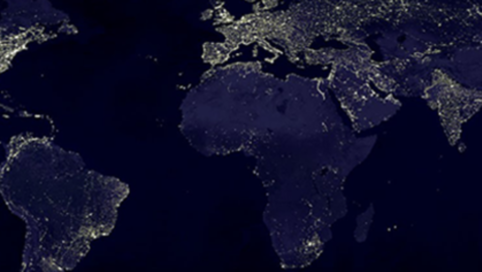 Applying the wisdom of Torah to contemporary challenges is never simple; it is however exceptionally challenging when it comes to Jewish foreign affairs. Our Sages taught us that Parshas Vayishlach contains the template for how Jews should conduct themselves with foreign entities, containing as it does the reunion of Yaakov and Esau, and the conflict with the people of Shechem.

In fact the Midrash (78:15; see Ramban 33:15) relates that it was common practice for Jewish leaders to review this Parsha in anticipation of their own visits and interactions with the leadership of the Roman Empire. And it is widely reported that in our own time, Menachem Begin studied this Parsha before his first visit with President Carter.

Yet what makes this task exceptionally challenging is the fact that not all of the tactics employed in Parshas Vayishlach succeed. There are lessons to be learned both in the observance as well as in the breach, patterns to be repeated, and those to be avoided. Thus for example Ramban introduces the Parsha by declaring Yaakov the model for our own reactions, but then opens his commentary by citing a Midrashic comment that finds fault with Yaakov’s approach. Likewise the appropriate response to the Shechem conflict was debated, with the brothers pitted against their father and with Yaakov expressing concerns and objections that were not necessarily borne out. The lessons to carry forward are thus not clear-cut.

A test case would be to attempt to use Parshas Vayishlach  to address a current dilemma facing the world, the United States, and the Jewish community, and regarding which many have already staked out firm positions: the Syrian refugee crisis. This dilemma pits a concern for national and world security – the war on radical Islamist terror – against humanitarian concerns.

In the story of Shechem, Yaakov’s greatest concern seemed to be the preservation of the reputation of the Jewish people as trustworthy and kind, whereas Shimon and Levi were more concerned with securing their future. In the words of Rav S.R. Hirsch:

Yaakov berates them: “You have brought me trouble by your actions. Our reputation, our honor, were as clear as crystal, but now you have sullied them, you have made me odious even among the Canaanites…. In addition to doing wrong, you also acted imprudently for we are so few in number….”

Their one reply reveals their whole motive. The lord of the manor would never have taken such liberties if the maiden in question had not been a foreign, friendless Jewish girl. This thought makes Shimon and Levi realize that there are times when even the family of Yaakov must take up the sword in defense of purity and honor. As long as men on earth will respect the rights of only those who have the power, Yaakov will have to know how to wield the sword. Yaakov’s sons did not want to act prudently. They wanted to make others fear them so that no one would ever dare do such a thing to them again. Yaakov’s daughters are not to be left vulnerable, at the mercy of others.

In the contemporary conflict between radical Islamist terrorism and the rest of the world, this perspective is badly needed. Weakness, dressed as principle or otherwise, seems to invite aggression and disaster. In this case Yaakov’s fears were not borne out. Strategically Shimon and Levi were absolutely right. Their action did not invite reprisal; quite the opposite. It garnered the fear and the respect of their neighbors. That is a lesson and a perspective that the West would be wise to absorb.

And it is a lesson that we as a Jewish community need to learn from our recent history. Because when looking back at the failures of America in dealing with the refugee crisis sparked by the Second World War, we need to look not only at the failures of the President and the State Department, but at those of the Jewish community as well. Nobody said it better than a high-ranking establishment Jewish leader, who confided to State Department officials that the community leadership “had succeeded to a notable degree in imposing a policy of restraint upon the Jews of the world, and had persuaded our people to accept in a disciplined manner the terrible misfortunes which had been visited upon world Jewry in the past few years.”

Where were the voices of Shimon and Levi back then, awakening the conscience of a world, refusing to accept vulnerability and declaring הכזונה ישה את אחותנו, “Shall our brothers and sisters be left to die?” And where are the voices of Shimon and Levi today, as radical Islam wreaks havoc on a world that has been “persuaded … to accept in a disciplined manner the terrible misfortunes which are being visited upon it regularly.”

Yet Yaakov remained unhappy with the response of Shimon and Levi. While he had to acknowledge the strategic correctness of their choice, he did not concede – until his last breath – its proportions. Indeed in his last words to Shimon and Levi he chose to rebuke them for their angry response, for the destruction of the entire city of Shechem, not just the perpetrators of the act. He did not accept the assignment of equal guilt to the perpetrators and to those who watched the evil and did not express their disapproval or disassociation from it. Again, in the words of Rav Hirsch:

It is most significant that here, at the laying of the cornerstone of the Jewish people, a curse is imposed upon any violent outburst that runs counter to justice and morality, even if it is intended for the common good. All other states and nations have adopted the principle that any action is legitimate as long as it serves the interest of the state. Acts of cunning and violence that would be punished by ostracism or execution if practiced by an individual for selfish gain are rewarded with laurels and civic honors if they are committed for what is alleged to be the welfare of the state. The laws of morality apply only in private life, whereas in politics and diplomacy the only recognized law is that of national self-interest.

Here, by contrast, the last will and testament on which the Jewish people was founded pronounces a curse on cunning and violence, even if they are used for the nations’ most legitimate interests, and it sets down for all time the doctrine that even in public life and in the promotion of the common good, not only must the ends be pure, but so must be the means.

This perspective also requires a hearing. As has been often repeated, we – the Jews of America – are a community of refugees who were taken in by this country. We are grateful to the United States for providing us a home, and yet we have not forgiven it for turning its back on so many of our people who sought refuge here. And while the Jews were never to be mistaken for rapacious murderers, we were associated with what was then seen as one of the world’s greatest evils, the spread of communism. And we certainly were at risk for unknowingly harboring amongst us on the boat to America’s friendly shores an individual or two bent on undermining America on behalf of the Axis. Nevertheless, we expected that America should not focus only on concerns for its own safety, but also display concern for the well-being of the huddled masses.

This comparison certainly has its limitations. Syria is a country whose anti-American sentiments precede the current civil war by decades. And it is the Muslim world that has cornered the market on terror exports. Why do we need to bring that here?

Yet at the same time we must recognize that squeezed between the minions of Assad’s erstwhile supporters and the opposing minions of radical Islamic murderers, are people wondering where their world has gone, seeking more than anything else to get as far away as they can from a Middle East gone mad, from a home and a culture they no longer recognize. People who seek everything that America has to offer, not as sleeper cells for terror, but as refugees seeking safe harbor and an opportunity to pick up the pieces of their shattered lives. Are those cries that we should ignore completely in our pursuit of national security?

What should be our position as a Jewish community? In principle, we may feel that it behooves America to provide a home for refugees who indeed seek to become a part of the American mainstream, who do not hate the West but seek to become a part of it, even as they wish to continue to practice their faith. But in practice, sifting through the many seeking such refuge would require a keen sense of the importance and delicacy of our national security and of the threat posed by significant elements within the Islamic community, as well as effective methods to identify the sympathies and allegiances of the particular asylum seeker, and to project their future integration into the fabric of American society. As such it may be necessary to postpone our addressing the refugee crisis on these shores, and instead do everything we can to help them settle closer to their current homes.

But the better position would be to derive another lesson from Parshas Vayishlach, this one clearly to be honored in the breach. For as Ramban noted in the beginning of the Parsha, sometimes the best position to take is no position at all. Yaakov was returning to Israel, and chose to issue a press release, telling Eisav of his impending arrival. Our Sages took him to task for this, saying that had he not said anything Eisav would have just let him pass. Evidently sometimes it is better to resist the urge to go on the record. When – as was the case with the Iran deal – our voice was needed to arouse the conscience of the Congress and the country – we necessarily took the lead. But now, when this issue is already vigorously being debated by others, it may be a place for Jewish silence, not for Jewish leadership. While we should never shy away from moral leadership, at times where strategic concerns weigh at least as heavily, it may be best to leave the debate to others.

We hope and sincerely pray for true peace to reign in the world, for every person to have a safe and secure place they can call home, and for the leaders of our country and our world to be blessed with the wisdom to guide our world to safety within the bounds of compassion.

Rabbi Moshe Hauer is the Spiritual Leader of Congregation Bnai Jacob Shaarei Zion, one of the leading Orthodox congregations in Baltimore, Maryland. His articles and shiurim on a broad array of Torah topics can be found at www.rabbihauer.org. This essay can also be viewed here. Rabbi Hauer is active in local communal leadership in many areas, with an emphasis on education and on social service organizations serving the Jewish community, including charitable services, hospice and domestic and child sexual abuse prevention.  Rabbi Hauer visits Israel frequently and is very involved in Israel-related activities.  He is a founding editor of the online journal “Klal Perspectives” and leads a leadership training program for rabbis and communal leaders.  He lectures on a wide variety of topics in Jewish law, Jewish thought, and historical and contemporary issues.