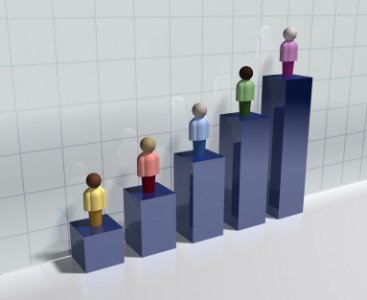 The Pew study showed that 44% of married Jews are married to a non-Jewish person and the current rate of intermarriage is 58%.[1] It is 71% if you take the Orthodox out. Two-thirds of Jews do not belong to a synagogue, one-fourth do not believe in God and one-third had a Christmas tree in their home last year.

This shows that intermarriage has not only not stabilized, but has gotten worse. If reversing intermarriage is a goal of the outreach movement, then this movement has failed. (In fact just 4% of people brought up Conservative and 1% of people brought up Reform are currently Orthodox, so even with this demographic the outreach movement has not done very well.)

The regular culprits are well known – an inviting American culture, low day school enrollment, ignorance of “Why be Jewish”, legitimization of intermarriage, a Reform movement devoid of much content, an Orthodox movement that was not seen as inspirational, warm and welcoming. (Many forget that Professor Noah Feldman of Harvard who wrote such a beautiful article on Lakewood yeshiva recently had also written in The New York Times that modern Orthodox education promoted racism and separatism and that from an “American” point of view, marriage between people of different religions is an essential part of social life.)

After remembering the Holocaust[3], Jews told Pew that leading an ethical and moral life is the most essential part of being Jewish. But these are just the things that Judaism may share with other faiths and secular humanism. Distinctly Jewish things, like being a part of a Jewish community (28%) and observing Jewish law (19%) or eating Jewish food (14%) all were below having a sense of humor (42%).

In 1997, Elliot Abrams, a notably American diplomat wrote a book, Faith or Fear: How Jews Can Survive in a Christian America. Abrams claimed that the roots of current assimilation go back to the turn of the 20th Century, when American Jewry’s political leadership formulated a strategy for the integration of the Jewish people in their new promised land. The leadership, in essence, developed a new Jewish religion of secularism. Instead of mitzvah observance and Torah study, the new Jewish identity would stress impersonal “social action” activities. Jewish “social justice” began to look the same as the liberal political agenda. This was combined with anti-Semitism and the Holocaust to keep the Jewish people together. Instead of charity to the synagogue or local kupah shel tzedaka, there would be new centralized public organizations. This way the Jew could become Americanized without sacrificing his or her commitment to the Jewish people and its heritage. Instead of Judaism there would be “Jewishness.”

The large-scale, professionalized charities – including the American Jewish Joint Distribution Committee (JDC) and the United Jewish Appeal (UJA) – enshrined tzedaka as the central form of Jewish expression, a secularized version of the “prophetic tradition” of what became known as “Tikun Olam” to replace the Torah and its many commandments.

And so, predictably, Pew found that Jews are much less likely than other Americans to say that religion is important in their lives[4] and less likely to believe in God.[5]

As the decades passed, the centrality of community organizations in American Jewish life increased. They grew in size, and their missions evolved. The emergence of Israel and Soviet Jewry as causes greatly strengthened the charitable organizations. Israel’s increasing reliance on American patronage gave birth to AIPAC. The Holocaust gave new meaning to the battle against anti-Semitism, and eventually grew into a cause of its own. Tens of millions of community dollars have gone to museums, memorials and educational programs to keep alive the memory of this tragedy. And it has worked: As Abrams points out, “Eighty-five percent of American Jews say the Holocaust is very important to their sense of being Jewish. Fewer Jews say that about God, the Torah, or any other factor.” The Pew study confirmed the centrality of the Holocaust to Jewish identity.

The “defense” organizations, as they came to be called, adopted the position that society itself must be further secularized—all in the name of protecting Jews and ensuring their social acceptance (neither of which is an issue really today) – by opposing virtually any expression of religion in public life.

And thus a new, American “Jewishness” was born on the ruins of the old faith. No longer were study, belief and observance the touchstones of the “good Jew”; instead, participation in organized communal activities—from industrialized charity, to fighting anti-Semitism, to saving Soviet Jewry, to supporting Israel—became the essence of what it meant to be Jewish. The irony was that this transformation, which seemed at the time crucial to the survival of the Jews in America, contained in it the seeds of their demise. Liberal activism has not only proven insufficient as a source of Jewish identity, but it became indistinguishable from the good deeds of the secular society. The universalism of the vision made it questionable why it should be done through the Federation rather than the United Way. The substitute religion led to more assimilation, not less.

The new Jew produced by this system is to some degree equivalent to the Jews without religion in the Pew study. The proportion of Jews who say they have no denomination has jumped to 30% from 20% in a similar study 13 years ago. Pew shows clearly that no religion is correlated with no Jewish expression at all. Two-thirds of Jews without religion are not raising their children Jewish in any way. This is in contrast to the “Jews with religion,” of whom 93% said they are raising their children to have a Jewish identity. “Jews of no religion” are far less likely to marry other Jews, raise their children Jewish, give to Jewish charities, belong to Jewish organizations, feel connected to the Jewish community and care about Israel.

Abrams’ answer for American Jewry is the return to a more traditional Judaism, a return whose key elements include increased synagogue participation and more Jewish education, especially in day schools.

Why am I telling you all of this? Because, if the Federations want to do something to fight assimilation, it will, of necessity, have to be something quite radical. They will have to promote Judaism – Torah study, mitzvot-observance, attendance in Jewish day schools and participation in Shul communities. They will need to, in other words, admit that secularism has failed to provide Jewish continuity where timeless Torah is succeeding.

The study also confirmed what outreach people have been taking as a matter of course, i.e. intermarried couples rarely bring up their kids up Jewish.

But what has been obvious to us has actually been a source of great debate in the broader Jewish world. A 2006 article by Leonard Saxe of Boston’s Jewish community found that most of the mixed couples – some 60% – were bringing their children up as Jews. This was an anomaly; studies showed figures of 30% in New York, 36% in Pittsburgh, and 33-39% in the American Jewish community overall. But many claimed that it was Boston’s greater allocation of resources on this intermarried demographic which was making the difference.

Those who advocated keeping “mixed” couples in the community saw this as proof that intermarriage can work. You can have your cake and eat it too. You can be intermarried and live a Jewish life. Intermarriage is not necessarily a disaster leading to assimilation.

But, Boston (or the particular study) was clearly an anomaly and the Pew seems to confirm what Jack Wertheimer’s well-read article just said the week before Pew was released: the policy of reaching out to the intermarried had failed. At the time of the Boston study, Steven Cohen found that the identity chasm between in-married and intermarried Jews is so wide that there are actually “two Jewish nations.”

They are also much less likely to raise their children as Jews. Only 22% of intermarried Jews said they were sending their children to some sort of formal Jewish educational program or organized Jewish youth program, compared with 82% of in-married Jews.

What Hope is There for the Future?

The story is not so simple, because the good news is that, while Jewish observance is low, most Jews are still proud of being Jewish, and have a strong sense of belonging to the Jewish people. This includes those who are intermarried and those without any religion. Ninety-four percent of all Jews are proud of being Jewish. This is a remarkable testimony to the tenacity of the Jewish soul.

Nor does Jewish pride decrease with the younger generations. It may be that only 24% of Jewish 18 to 29 year-olds say they always or usually light Shabbat candles. But, 96% of these say they are proud to be Jewish. Can we build on this Jewish pride?

The Pew report supports anecdotal evidence which suggests that those who intermarry today do not see this act as a contradiction to their continued Jewish identity. It is this attitude which unfortunately leads to intermarriage to begin with. This is aided by the total legitimization given to intermarriage in the Reform movement and the increasingly lax attitude towards intermarriage in the Conservative movement. But it is primarily a function of society where intermarriage of all the constituent groups into each other is a part of the liberal American fabric of society. Whereas intermarriage was once an act of rejection of Judaism in the main, it is today, not so in the minds of the intermarried.

Of course, the more observant the person, the more Jewishly literate he or she is, the more he or she knows why to be Jewish, the more committed the person is to in-marriage. And, the intermarried were shown by Pew to have the lowest levels of commitment to bringing up their children Jewish. So, Jewish identity and pride will not grant us Jewish continuity.

But it does mean that there is still an opportunity to reach out to these people and get them involved. We have to try and reach them before they intermarry of course, and hope to prevent that. But we also have to accept that we will be meeting a lot of these people after they are married. Some might counsel divorce, but that is hardly a strategy that will have any traction. So, the only viable alternative is to attempt to get the couple involved in Judaism that will include the sincere conversion of the non-Jewish spouse. The numbers intermarrying today are such that, if we fail to engage this demographic, we are rejecting the majority of the Jewish nation in the USA. The guidelines and boundaries will have to be defined by the major poskim. But we ought to be putting this issue squarely on the table.

[2] In the total population, 22% of Jews describe themselves as having “no religion”. But they identify as Jewish because they have a Jewish parent or were raised Jewish, and feel Jewish by culture or ethnicity.

[3] 73% of Jews said that remembering the Holocaust was essential to being Jewish.

[4] Even “religious Jews” place less importance on religion than the average American, Pew found, with 31% saying it is very important in their lives, compared with 56% of the U.S. public.

[5] 23% of Jewish Americans saying they don’t believe, compared with 7% of the general public.